In a new report from Kids Count, Texas is listed as 43rd in the nation when it comes to meeting the needs of children. 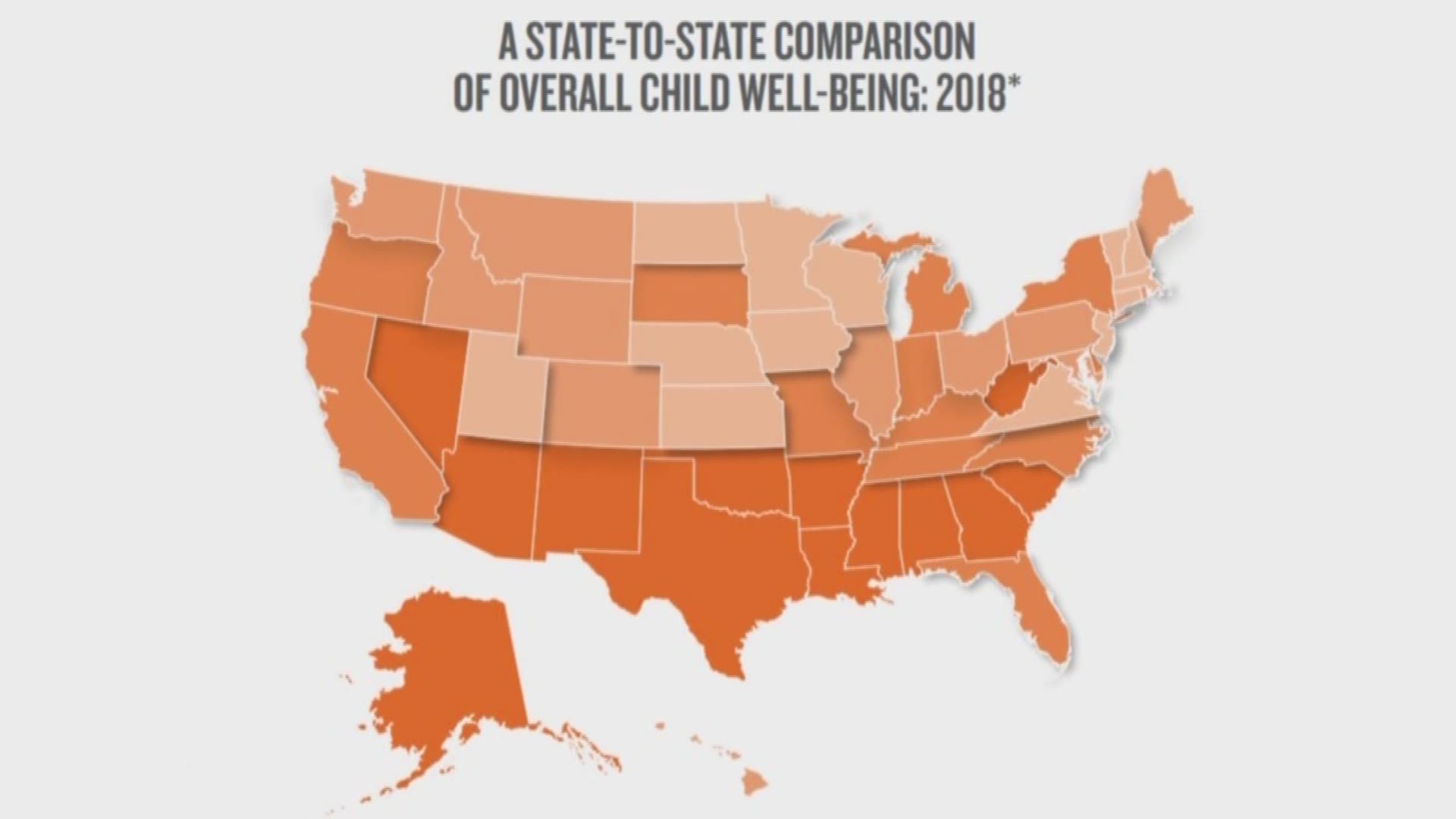 AUSTIN – Texas ranks as one of the worst when it comes to meeting the needs of children, according to a new report.

In the 2018 Kids Count Data Book released Wednesday, Texas ranked 43rd in overall child well-being in comparison to the rest of the country.

“We have to do something, we’re not doing enough right now to support children in this state," said Shalyn Braven of United Way for Greater Austin.

Child advocates can agree when it comes to meeting children’s needs: the state is falling short.

“Texas by in large does not invest enough in our state's children,” said Cheasty Anderson of the Children’s Defense Fund - Texas. “We have an underfunded public school system, we have the highest number of underinsured children in the country, and this is a wealthy state with a lot of business going on and it doesn’t need to be this way.”

The report looked at four key areas: economic well-being, education, health, and family and community. The biggest issues for the state being family/community and health. The data released showed 17 percent of children live in high-poverty areas and kids’ have poor access to health care.

But there are groups in central Texas working to improve those statistics.

St. David’s Foundation gave out more than $8 million in grant money on Wednesday to organizations geared towards helping children and their families.

“I know that some of the money today will move the needle,” said Earl Maxwell, CEO of St. David’s Foundation.

United Way for Greater Austin was one of the recipients. It received more than $500,000 for its new program aimed to give every family with a newborn child at St. David’s in South Austin a nurse home visit.

“What we’re really hoping to do is change the whole culture around supporting children in Texas and valuing them from day one by supporting families with a nurse home visit, this way to get them connected to resources right away if they have any needs,” said Braven.

Like the St. David's Foundation, many hope that after this latest report the state will fund programs that help children in need.