A man -- who authorities say provided alcohol to Texas State fraternity pledge Matthew Ellis soon before he died -- was indicted Tuesday of a Class A misdemeanor charge. 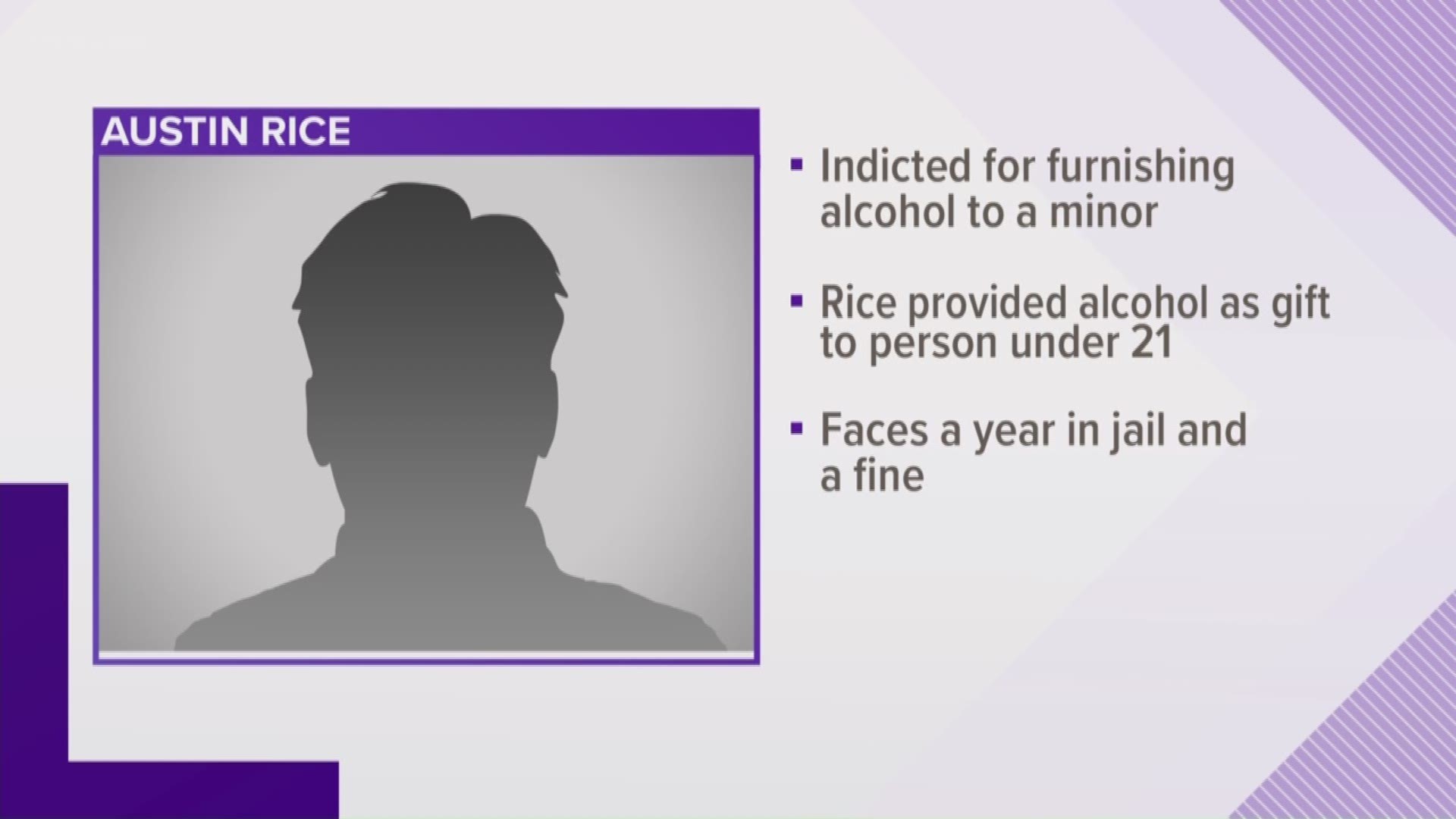 20-year-old Austin Rice was indicted on a Class A misdemeanor charge of furnishing alcohol to a minor, and the indictment names Matthew Ellis.

Ellis was a sophomore from Humble, Texas and a pledge for the university's Phi Kappa Psi fraternity. He was found dead the morning after the fraternity event when his friends noticed he wasn't breathing and called 9-1-1.

A February autopsy showed Ellis had a BAC level of .38 -- more than four times the legal limit to drive in Texas. His death happened as part of a national wave of fraternity deaths due to hazing and alcohol abuse, and prompted Texas State officials to suspend all Greek activities on campus until a full review into his death is done.

'I’m going to carry Matt with me until the end': Vigil held after Texas State student's death

The university last month allowed fraternities and sororities to begin operating again if they agreed to a new set of rules.

Tuesday's indictment said Rice provided the alcohol as a gift to a person he knew was under 21. He faces up to a year in jail and a $4,000 fine.

Officials would not comment Tuesday on Rice's relationship with Ellis.