The crash left her with bruises on her arm and a sprain in her neck. 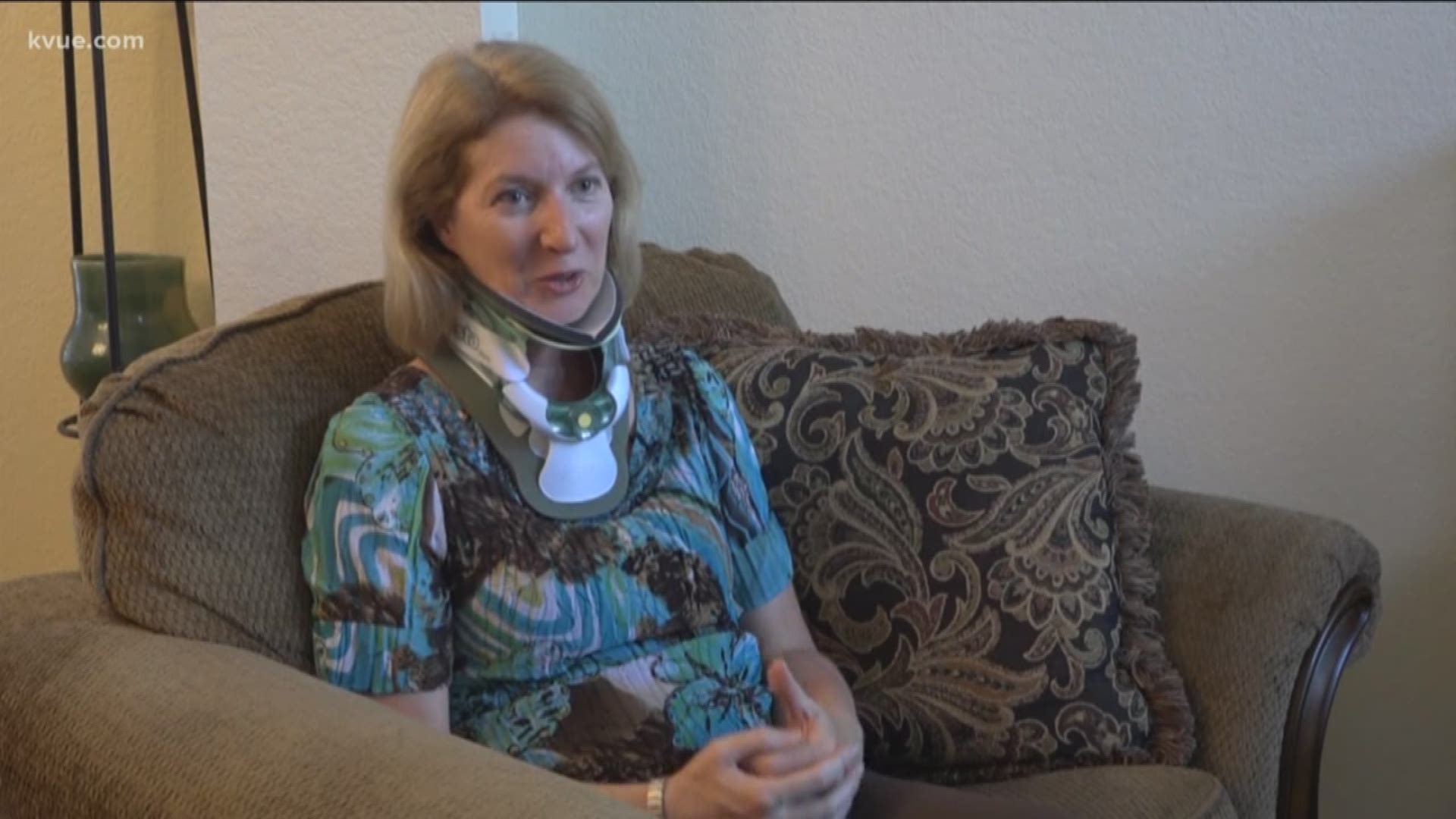 LAKEWAY, Texas — A Texas lawmaker is alive but bruised after a driver ran a red light and T-boned her.

The crash happened on Saturday afternoon at the intersection of RM 620 and Kollmeyer Drive, according to Lakeway police.

State Rep. Vikki Goodwin told KVUE she was leaving a public safety event nearby when the driver ran the red light and crashed into the rear driver's side door.

"I saw that he was not braking, and so I tried to speed up to get out of his way," she said. "Fortunately, I did that, because otherwise he could've hit me."

The crash left Goodwin with bruises on her arm and a sprain on her neck. Her doctors expect she'll make a full recovery in four to six weeks.

"I was hurt pretty badly. I just felt ... paralyzed, to be honest," Goodwin said. "I have to wear this [neck brace] for a week, and then just take it easy."

The crash also left her questioning some her fellow lawmakers' decisions.

This past legislative session, Goodwin filed a bill that would have doubled traffic fines on roads with a high number of traffic deaths.

She said the bill didn't make it past the House because of a stall tactic from her fellow Democrats over other bills, which lost her some votes.

Then, in June, Gov. Greg Abbott signed into law a bill that banned red-light cameras in Texas. Goodwin said she voted against the bill.

"If [drivers] know that there's a red-light camera, they might be more apt to stop at the red light," Goodwin said.

She's aware of the argument used by Abbott and others that red-light cameras may cause more rear-end crashes, but she said she recognizes the cameras are just one part of a bigger solution.

"Usually, there's not one fix to every problem," she said. "Maybe making the yellow light a little bit longer or making red all four directions ... one second longer ... would make a difference."

Still, Goodwin is unclear whether any of these measures would have prevented a crash like hers, but she hopes it'll teach drivers to be more aware.

"Put your focus on driving. It's so important," she said. "Just get where you're going, but don't get into a rush."

According to Lakeway police, the driver accused of T-boning Goodwin's car was cited for failing to stop at a red-light signal and for not having a driver's license.