"Within two years, we had about 65 individuals dropped off at our doorstep, which is like a plane crash, like a mass disaster dropped off." 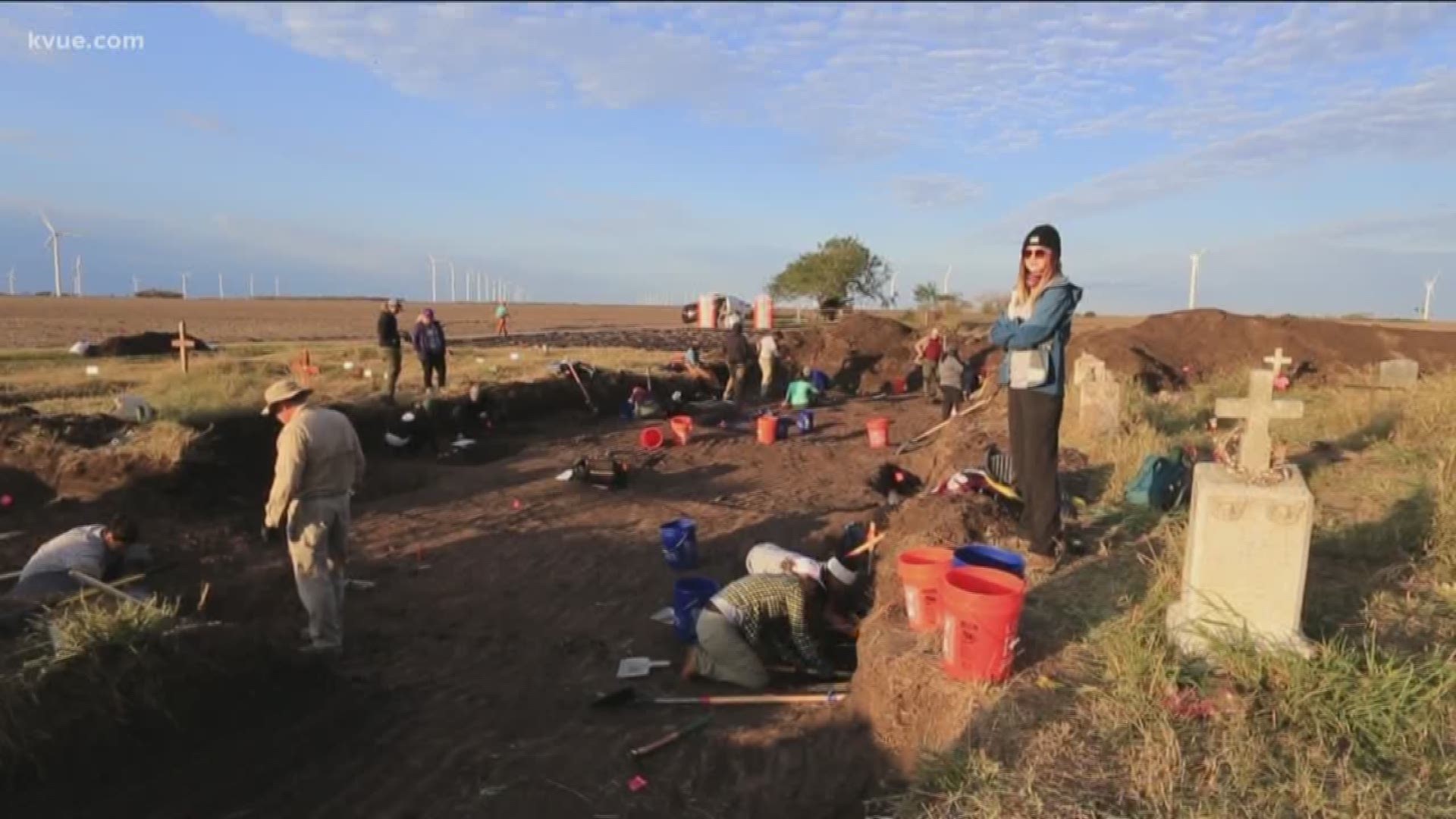 BROOKS COUNTY, Texas — It's estimated that since 2000, more than 3,000 undocumented migrants have died crossing into the U.S.-Mexico border.

We first told you about this crisis in our Edward R. Murrow Award-winning story in 2016.

Now, the team that has been identifying those bodies and reuniting the remains with families just got the largest grant yet: $200,000 from the State of Texas Homeland Security Grants Division.

Dr. Kate Spradley with Texas State University started Operation ID as a volunteer project several years ago. But the need just kept growing as the discovery of remains skyrocketed.

KVUE'S met up with the professor of anthropology in the processing room at the Forensic Anthropology Center at Texas State University on the Freeman Ranch.

In the room, four graduate students were removing tissue from bones. This is part of the identification process for its donated bodies program and for Operation ID.

"Within two years, we had about 65 individuals dropped off at our doorstep, which is like a plane crash, like a mass disaster dropped off," said Dr. Spradley.

Dr. Spradley said it was overwhelming in the early days of Operation ID, the program that identifies unknown remains from South Texas counties.

But so far, Spradley and her students have identified 35 people. All are migrants.

"When we identify someone, we're able to repatriate them," she said. "We know that is meaningful for the family and it's very meaningful for us as well, and that's why we do this work."

It's a process that can still surprise her.

"When you look around and you see where they are buried, it is if they are just finding any space they could in burying them, so I'm also very concerned we won't find everybody who was buried there," Dr. Spradley said.

In 2016, we traveled to Brooks County where volunteer deputy Don White was in charge of finding bodies. He's still at it. Since 2009, he and others have discovered 680 bodies on the surface, 220 in a cemetery.

When remains are discovered, there are personal effects too.

Back at the Texas State lab, Dr. Spradley showed us some items found with one person. Each person's items are kept individually in a paper bag. Each item is written on the outside.

The closet-like room is full of boxes, full of paper bags – all remains waiting to be identified. All will be entered into a national database, waiting for someone to claim them.

Molly Kaplan is a graduated student who works on Operation ID. She said it is an intense process.

"You know we're dealing with death on an intimate level, and just seeing people's stories firsthand, but at the same time it's providing answers to families," Kaplan said.

For graduate student Stephanie Madrano, she said she can relate to the migrants.

Dr. Spradley said there has been two times families have wanted to see the remains before they were sent back to the countries of origins. Mainly the migrants are from Central America.

Those family members understandably had questions.

"They wanted to know when he was found, how long he was out there," said Dr. Spradley. "'Did he just lay there in the field for years without anyone knowing? How did he die?' We don't really know but we suspect dehydration and exposure, and they asked us, 'We called this agency and this agency – is there anything else we could have done?' And we were able to tell them, 'No there was nothing more you could have done. You did everything you could do.' After that you could really see a weight was really lifted off of them."

The two-year $200,000 grant starts on Oct. 1. It will allow Dr. Spradley to hire a full-time lab technician who is expected to conduct case work.