A cellphone video captured the incident. In the footage, the student can reportedly be seen being tackled and beaten unconscious. 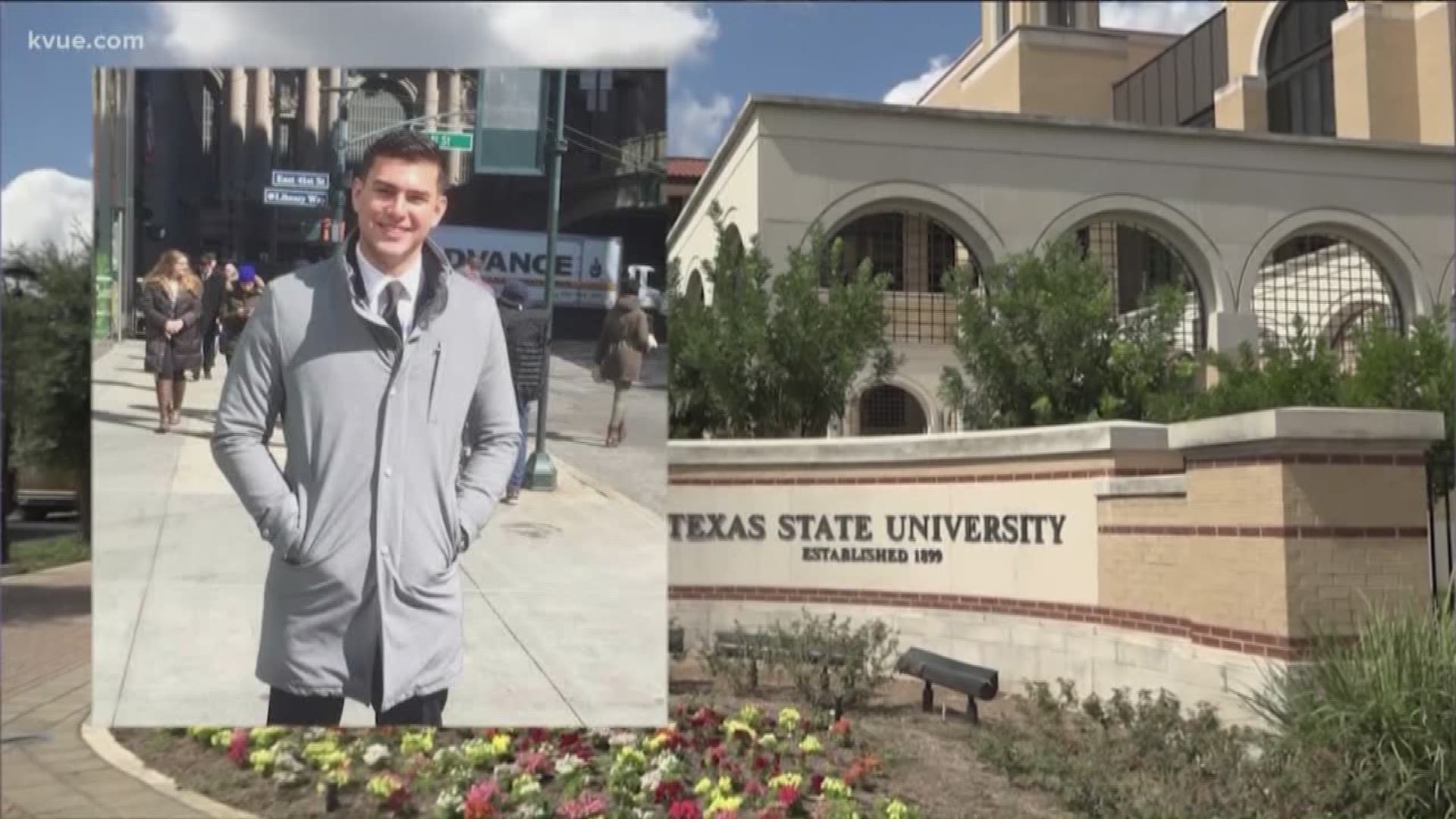 SAN MARCOS, Texas — A Texas State University fraternity has been suspended for at least seven years after a lawsuit was filed alleging a student was assaulted in Oct. 2019, leaving him with a fractured skull and traumatic brain injury.

Pi Kappa Phi's national chapter told KVUE on Wednesday it is appealing the university's suspension decision, but declined to elaborate due to the pending lawsuit.

The suit, filed on behalf of Texas State University student Nikolas Panagiotopoulos, claims he was walking down North Comanche Street in San Marcos, Texas, when the accused fraternity members harassed him, believing he was a member of a different group, according to Jay Harvey, another attorney for Panagiotopoulos.

A cellphone video captured the incident. In the footage, the student can reportedly be seen being tackled and beaten unconscious, KVUE reported in Dec. 2019.

"Nik tries to run away," Harvey told KVUE in December. "This mob of these fraternity guys chase after him and continue to wail away on him, leaving him unconscious on the side of the street."

The victim recently learned he may no longer have the ability to smell, McConnell said Wednesday.

According to the attorneys, at least two of the attackers are facing charges of felony aggravated assault. However, the Hays County Criminal District Attorney said as of Wednesday, neither have been formally charged.

Texas State responded to KVUE's request for comment after December's story aired, which acknowledged the fraternity's suspension for the investigation:

"Texas State University is not a party in the lawsuit. As soon as the university was notified of the incident in Oct. 2019, Pi Kappa Phi was suspended."

The plaintiff is seeking damages of over $1 million. Court documents indicate they are asking for a jury to hear the case.

The organization "generally denies each and every allegation," according to a court document filed Jan. 27.

"They're blaming Nik for what happened, basically saying that he put himself in that situation," McConnell said.

In 2017, Texas State temporarily suspended all Greek life after a new member of the Phi Kappa Psi fraternity, who was also a minor, was found dead after an event. The ban has since been lifted.

Cold, cloudy and breezy Wednesday with a slight chance of sleet or flurries tonight