Data obtained from the Texas Education Agency shows a continuous rise in allegations of inappropriate teacher and student relationships. 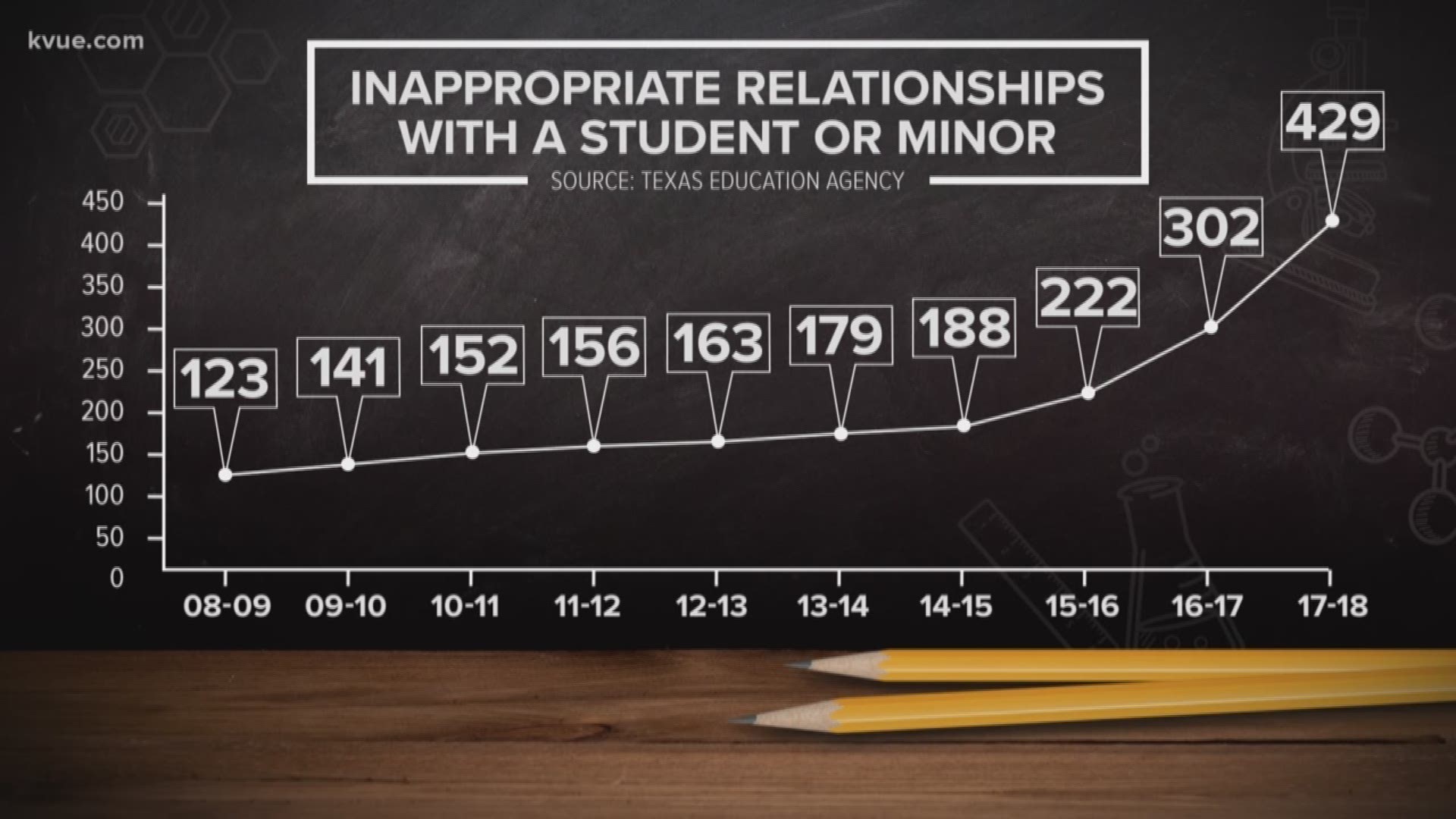 TEXAS — The number of opened investigations into allegations of inappropriate relationships between teachers and minors and students has increased 42 percent since last fiscal year, data from the Texas Education Agency showed.

It’s a 249 percent increase since a decade ago.

Records show 429 cases were opened against educators during the 2017-2018 school year.

Some of the previous years' investigations may remain open. Rollovers are not included in the numbers.

TEA said the accused behavior is sometimes considered criminal, but not always. If a criminal charge is pending, TEA will investigate after the criminal proceedings.

(i) the nature, purpose, timing, and amount of the communication;

(ii) the subject matter of the communication;

(iv) whether the communication could be reasonably interpreted as soliciting sexual contact or a romantic relationship;

(v) whether the communication was sexually explicit; and

(vi) whether the communication involved discussion(s) of the physical or sexual attractiveness or the sexual history, activities, preferences, or fantasies of either the educator or the student.”

While training is provided on a district level, TEA gives a teacher ethics series should they choose to use it. Click here to watch.

Currently, TEA has nine investigators and a supervisor to handle the cases.

Last legislative session, the state passed a law known as the “Pass the Trash” bill. Among other things, it requires public school principals and superintendents to report inappropriate relationships or face jail time and a fine.

Gov. Abbott gives final sign off on bill cracking down on teacher-student relationships