The governor and city leaders have all made public statements regarding the attack, as well as witnesses close to the scene.

AUSTIN, Texas — According to Austin police, one person is dead and another was injured in a stabbing that happened on the 500 block of S. Congress Avenue. Austin-Travis County EMS said a man in his 20s was killed.

Before the stabbing began, the Austin Police Department said they were called at 7:49 a.m. and responded to the Bennu Coffee shop located in the same shopping center. The call was about a fight that broke out at the coffee shop. The suspect then reportedly ran to a nearby Freebirds World Burrito, where the alleged stabbing occurred.

While on the scene, KVUE spoke with the two men off-camera who said they were sitting down at Bennu when the suspect started randomly punching another customer in the head. The two men said that's when they grabbed the suspect and held him down, but he broke free when the police arrived.

Austin police confirmed Saturday afternoon that the suspect is homeless.

Many politicians chimed in on the fatal stabbing and Texas Gov. Greg Abbott was one of them. 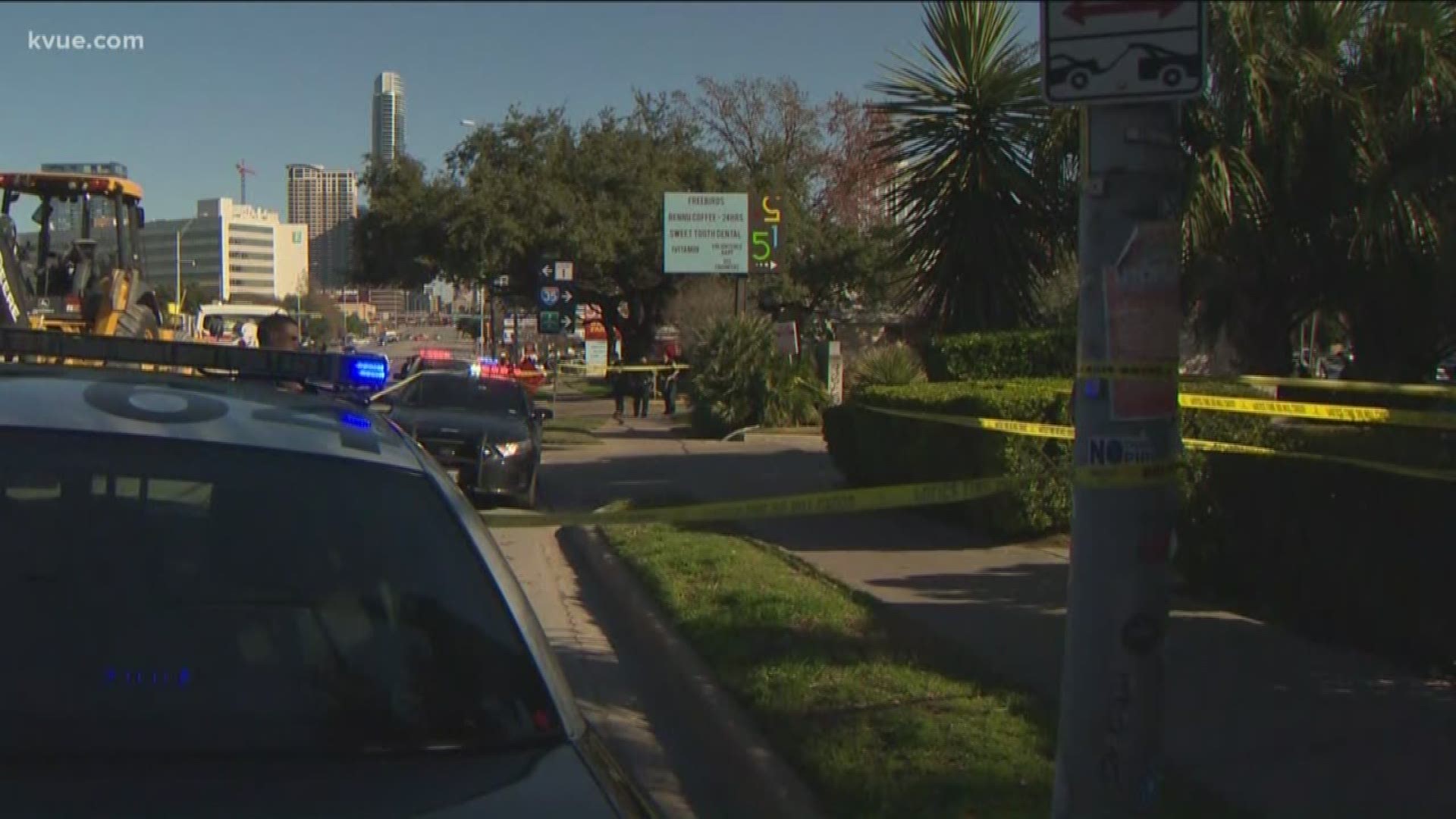 On Twitter Friday evening he stated, "When all facts are revealed I bet you’ll learn that the killer was a homeless man with prior arrests. If so Austin’s reckless homeless policy puts lives in danger to murders like this. Austin leaders must answer for their perilous policies."

Since Abbott's tweet, a handful of local city leaders responded to the governor's take on the stabbing.

On Friday night, Mayor Steve Adler responded to the incident, saying, "My prayers--and those of our city--are with the victims of today's horrible stabbing on South Congress, as well as their families."

"The governor’s continuing attacks on Austin is not helping us solve the problem. What we need is assistance to help the City of Austin continue our current efforts to provide shelter and services for homeless individuals." ‬

"I’m sure the governor knows the facts, he waited 10hrs to post on the incident. Heck, I’m sure city officials know.  Either way, public safety needs to be a top priority. Politicians from both sides need to work together to provide assistance 2 those mentally ill but also protect," Cadenas tweeted.

KVUE also spoke with a few people who either reside or work in the area.

Sara Xerve was staying at the apartment complex next to the coffee shop and said the noise woke her up.

"I woke up and I heard the police yelling, stop it is the police, stop," Xerve said."I thought it was a police chase or something."

Emlyn Escovedo works next door to Bennu and said she almost went inside the shop unknowingly. She said, thankfully, she saw the police run inside.

"When he went in, I could see some struggles through the window," explained Escovedo. "A few minutes later a gentleman came out of there running and he had no shoes on."

She said she then saw him run into Freebirds.

"I got scared and stayed in my vehicle for some minutes, just to see what was going to happen," she added."I think he got up on top of the roof on the side of free birds where the tables are."

Police said the suspect jumped off of the roof and at last check he is in serious condition.

Chelsea Scuderi lives at the apartment complex next to the incident and says she goes to Bennu often.

"I was really shocked," Scuderi said. "I come to this coffee shop all the time."

She added, "It is so nice in there and everybody looks put together and calm."

Clint Corley works across the street from the shopping center and says he is happy he overslept and did not have time to stop at the coffee shop."

"That is our coffee shop, where we go not every day but multiple times a week," said Corley. " I am glad I wasn't there this morning."

Corley says he will return to Bennu.

"Look, that can happen anywhere, be vigilant and understand your surroundings," said Corley "You can't let things like this decide how you live and what you're going to do."

Family members at the scene told KVUE they believed their loved one was killed. As you could imagine they were very heartbroken.

This is an ongoing investigation.

President Trump: Killing of Iranian general was meant 'to stop a war'