Scorpion found on United flight from Houston to Ecuador

A United Airlines flight from Houston to Ecuador was delayed Thursday evening at Bush Airport after a scorpion was spotted on the flight. 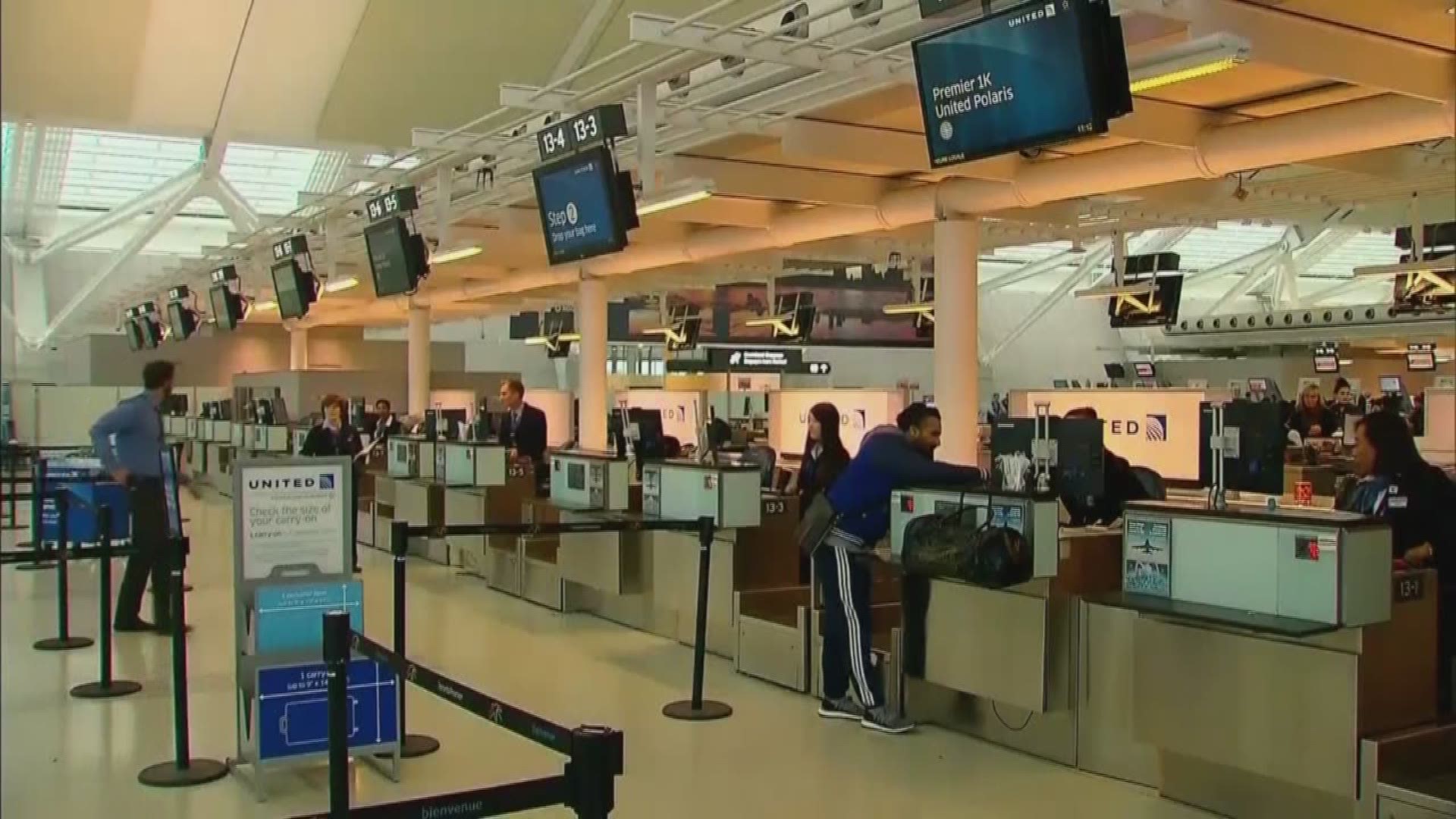 HOUSTON - A United Airlines flight from Houston to Ecuador was delayed Thursday evening at Bush Airport after a scorpion was spotted on the flight.

A passenger onboard Flight 1035 said the plane was evacuated so crews could look for the critter. The flight was taking off from Bush Airport and traveling to Quito, Ecuador.

He said originally they were delayed because of weather before the pilot came on the loud speaker. The pilot reportedly told passengers there was a bug on board the flight.

The passenger we spoke to said a man in the back of the plane was asleep when the scorpion crawled out of his sleeve. Another man sitting next to him saw the scorpion before it went under the man's seat.

"Houston to Quito flight 1035 returned to the gate after a scorpion reportedly emerged from a customer’s clothing. Paramedics at the gate immediately examined the customer and determined that he had not been stung.

The customer declined further medical treatment and, as a precaution, a new aircraft was arranged. We provided all passengers with a meal voucher due to the delay and the flight, with the customer aboard, has departed for Quito."

It is unclear if the scorpion was ever found.

The incident comes nearly a month after another man was stung by a scorpion on a United flight from Houston to Calgary.

Flight 1035 eventually took off Thursday evening, 3 and a half hours late to Ecuador.

@united flight 1035 from Houston to Ecuador evacuated due to a scorpion stinging a passenger. Fun way to start vacation @FoxNews