It’s not just you: Why it feels like crickets are taking over Texas

Many homes and businesses are seeing a wave of the chirping critters. But why? 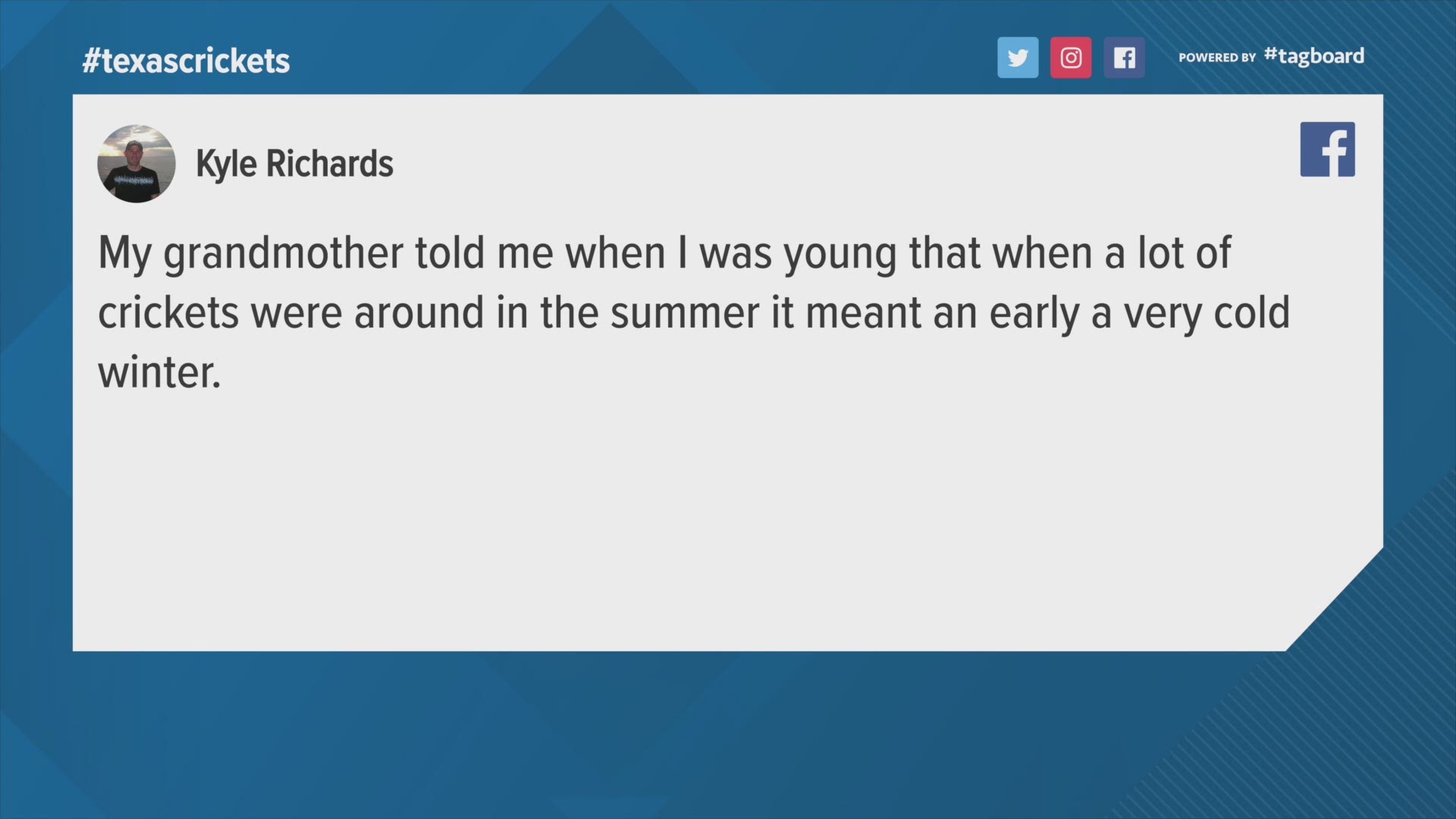 Does it feel like crickets are taking over Texas?

This writer, for one, has noticed a crescendo of the cricket chorus in the back yard of his Texas home in recent weeks.

But it’s not just me, and it’s certainly not just you. Many homes and businesses are seeing a wave of the chirping critters just the same. But why?

First off, let’s introduce our culprit. It’s one specific breed of cricket called the Texas Field Cricket. If you couldn’t tell by the name, this phenomenon is unique to the Lone Star State.

An increased presence of Texas Field Crickets is not unusual this time of year, but this year's dog days of summer have provided particularly ripe conditions for a cricket explosion. After just a quarter-inch of precipitation in July, Dallas had seen about three inches of rain through 22 days of August – already well above normal for a full August, the driest month of the year on average.

And, according to the Texas A&M AgriLife Extension, a statewide agency that offers education on agriculture and the environment, that means prime time for crickets.

“Although crickets can be locally abundant in any year, numbers appear to be highest in August and September when a summer drought is broken by rainfall and cooler weather,” the agency says.

We all love a drought-buster, but apparently it gets Texas Field Crickets in the mood. When the rain comes after a dry summer, it causes our flying friends to go on mating flights, according to Texas A&M AgriLife.

A cricket crowd at your home or business should only last a couple weeks. But there are some things you can do about it.

“Reducing outdoor lights is the first, and most important, step in a cricket control program,” according to Texas A&M AgriLife.

The agency suggests turning off outdoor flood lights early in the evening, or, better yet, replacing standard lamps with those that are less attractive to bugs. It mentions low-pressure sodium vapor lamps and yellow incandescent “bug lights” as candidates for such a switch.

AgriLife also suggests sealing all points of entry into your home, like doorways and windows – something you’d have been wise to do earlier in the summer to help your electric bill – for cricket control. Garage doors and soffits along the eave of your home also offer crickets the chance to get inside.

Insecticides can be used “in combination with reductions in outdoor lighting for best control,” the agency says.

If a cricket does get into your home, there’s no reason to freak out. Field crickets are only “accidental indoor invaders,” AgriLife says. They don’t breed indoors or have plans to take up permanent residence there.

AgriLife says you should, however, watch out for your dirty laundry. Crickets have been known to damage soiled or sweaty clothes.