Texas state leaders are sending guidance about the state's new hemp law after some DAs announced they will no longer prosecute misdemeanor marijuana cases. 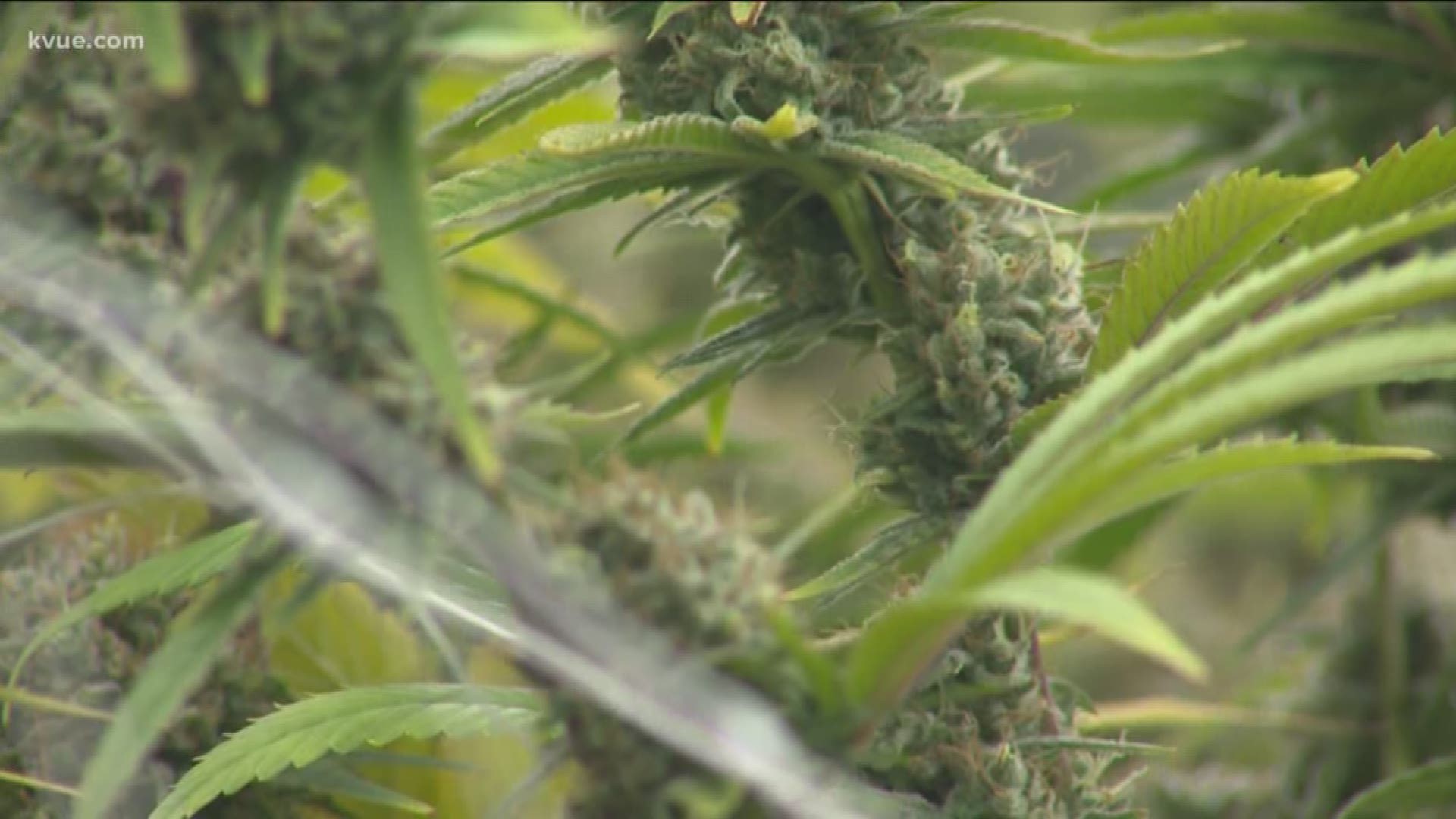 AUSTIN, Texas — After several District and County Attorneys across Texas, including the Travis County DA, announced plans to drop possession of marijuana cases following the passage of House Bill 1325, Texas' top leaders have sent clarification about how the bill works.

HB 1325 allows the production and sale of hemp in Texas. Several DAs said that without specialized testing, they are unable to determine if defendants had hemp or marijuana, so they are dropping cases.

Gov. Greg Abbott, Lt. Gov. Dan Patrick, Speaker Dennis Bonnen, and AG Ken Paxton sent a letter on Thursday to all Texas District and County Attorneys regarding those dismissed marijuana possession cases. In the letter, the state leaders explain how dropping the charges do not align with the bill and represent a "misunderstanding about how this law works."

“Marijuana has not been decriminalized in Texas, and these actions demonstrate a misunderstanding of how HB 1325 works,” the letter states. “The power to change the law is legislative and rests with the Texas Legislature under the Texas Constitution. Since HB 1325 did not repeal the marijuana laws of Texas, as Judicial Branch Members, you should continue to enforce those laws by ‘faithfully executing the duties of the office of the [District or County Attorney], of the State of Texas, and ... to the best of [your] ability preserve, protect, and defend the Constitution and laws of the United States and of this State.’”

In short, the letter explains that in the 2018 Farm Bill, Congress differentiated hemp from marijuana by setting a tetrahydrocannabinol (THC) threshold concentration of 0.3%.

This bill gave primary authority over how to regulate the production and sale of hemp to each individual state. HB 1325 adopted the same 0.3% THC standard and states anything above that is considered marijuana and illegal in the state of Texas. The new state law also directed the Texas Department of Agriculture to pass rules requiring hemp producers to be state-licensed and to test and ensure that their products fall below the THC threshold.

HB 1325 also requires a shipping certificate that confirms a product is legally compliant as hemp and contains no more than 0.3% THC. Failure to include the certificate would classify as a misdemeanor and subjects the person to a civil penalty of up to $500 per violation.

The lawmakers state that HB 1325 gave prosecutors more tools to prosecute such crimes, not less, because they can now prosecute a misdemeanor for failure to have proper certification.

The letter goes on to state lab tests are not the only way to prove marijuana possession cases and marijuana possession cases can also be proven with other circumstantial evidence. They also noted that even before the passage of the new bill, companies and labs were developing THC concentration tests and, as more companies enter the testing marketplace, the costs of the tests are likely to decline.

Finally, the lawmakers state that, even if a lab test were needed, they are not as costly as some initial reporting indicates.

You can read the letter in full here.

According to a KVUE report from July 3, 93 marijuana possession counts in Travis County were to be rejected following the passage of HB 1325.

“After consulting with the Austin Police Department, the Travis County Sheriff’s Office and the Texas Department of Safety, I am dismissing these cases because we cannot obtain a lab analysis on the substances involved to establish the THC concentration,” said Travis County District Attorney Margaret Moore.

Other counties, such as Harris County, reportedly took similar actions citing fewer labs available in Texas to test for THC levels. However, Travis County said it would be considering private labs.