"Red Flag" laws would allow a judge to temporarily take away someone's firearms if they're deemed dangerous to themselves or others. 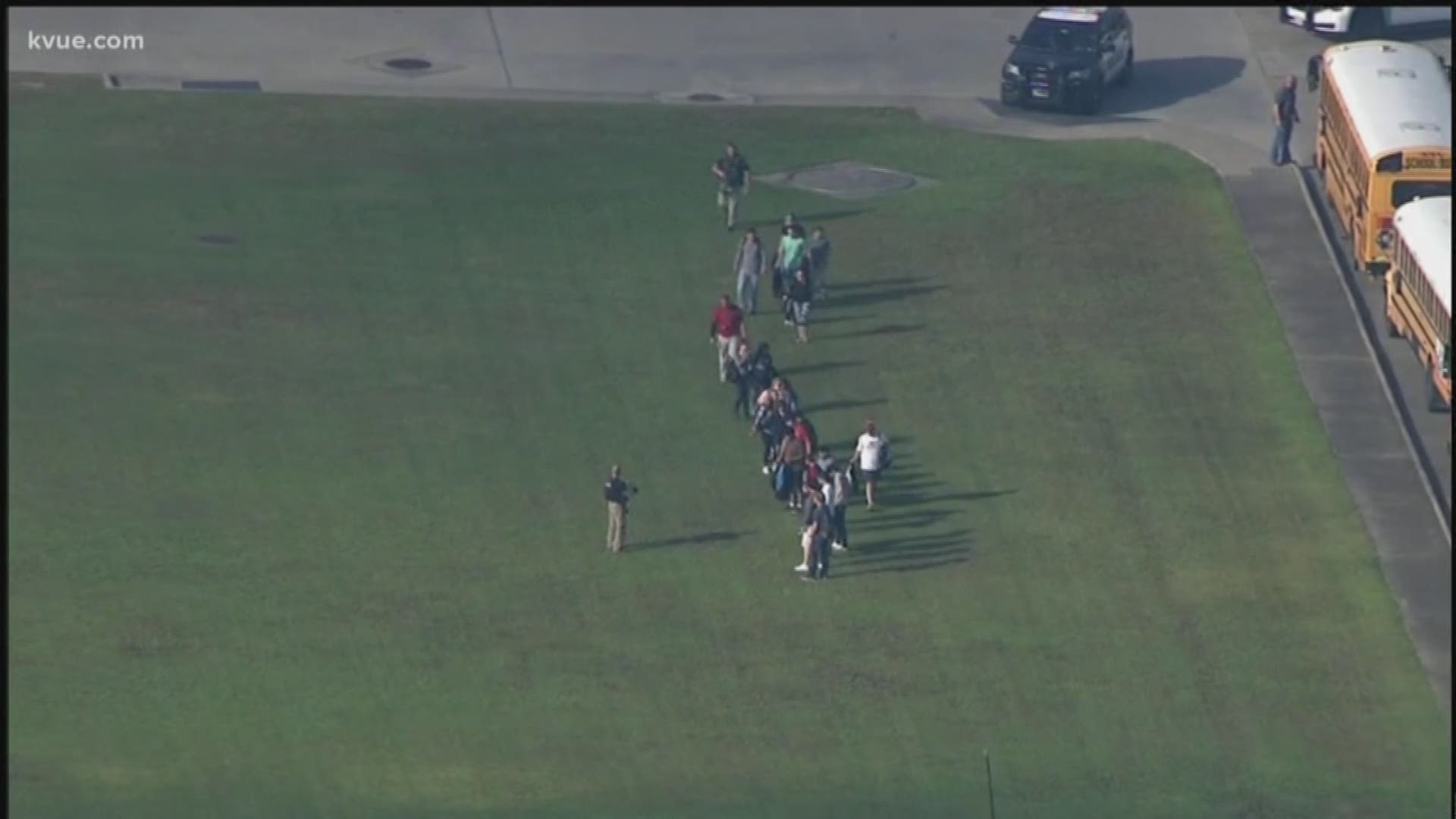 AUSTIN — More than two months after a school shooter in Santa Fe killed 10 people, including eight students, Texas lawmakers are wrapping up their hearings on school safety.

Tuesday, lawmakers focused on 'Red Flag' laws, which would allow a judge to temporarily take away someone's firearms if they're deemed dangerous to themselves or others. 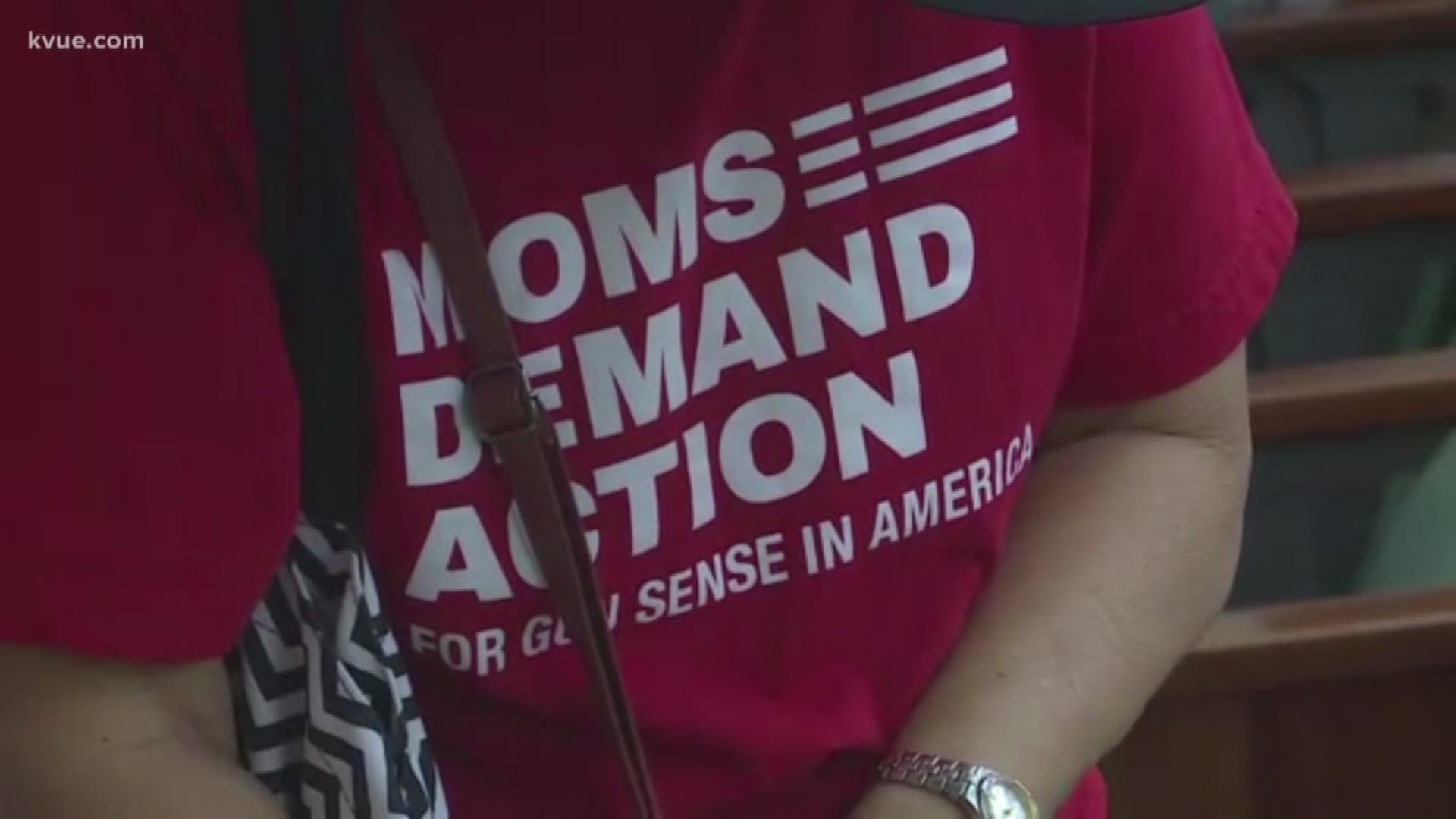 Dozens of people testified, including Becca Defelice with Moms Demand Action for Gun Sense in America.

"The big life-saving measure with Red Flag laws, is that they do respect due process, and the second amendment, but they allow family members who are observing a loved one that is in crisis, they are enabling them to actually go to the courts and say, 'My dad, or my sister, or my brother is having an extreme emotional or mental crisis, I do not feel that he is safe for himself or others,' and could his firearms be temporarily removed,” said Defelice.

Defelice, and others who support the potential Red Flag law, say it would prevent violence, including some domestic violence and suicides.

"In the state of Texas, there is no vehicle for the judge to say, 'You know, I'm ordering for the firearms to be temporarily removed until this person has been proven to be stable again,'” said Defelice.

Attorney Gary Wells, who works with the Texas State Rifle Association, said there are already laws on the books that will help in these situations.

"The Red Flag law would simply take the guns away so the person doesn't get treatment, doesn't get evaluated, and can still act aggressively with other things, knives, bombs, cars, whatever, so I think existing law is still the avenue to go rather than the Red Flag law,” said Wells.

"Taking away the firearms is just a small part, it doesn’t stop him from showing up and beating his wife still, still the risk is there,” said Wells.

Ed Scruggs, the vice chair of Texas Gun Sense, said the law needs to be simple, so those who need it can use it.

He supports the idea of a Red Flag law.

"We feel that law enforcement and families in Texas need an additional tool they can use a preventative measure that will head off some of these violent incidents or suicides before they happen, laws are often reactive, few are very proactive, and this is one of those,” said Scruggs.

Wells and others who oppose the laws worry about the process, and worry false reporting will be an issue.

"If they're really a risk to themselves or others, taking away the firearms is just a very small part of what their potential risk is, and so, I think the real thing we need to do, if they're truly a risk, get them out, I think the problem with the Red Flag law is they'll say, 'Well, we don't know if he's truly a risk, you know mom's not too happy with him and so we're going to go ahead and take firearms from this 22-year-old that really hasn't exhibited any symptoms, or any psychosis or anything else, and then you start lowering that standard and taking firearms, you've got real due process problems,” said Wells.

Alma Arredondo-Lynch worries the process will be guilty until proven innocent.

"I wanted to come here and speak against the Red Flags because of what it means, Red Flags means that if somebody deems that you're a danger to society, or you might not agree with the politics you have or share in common, that you call the law enforcement and tell them you're a danger to society, and can we confiscate your guns, and until you remove that burden, you won't have your guns back, and you'll be in jail, and you have to defend yourself, and there's nothing about being innocent until proven guilty, you're guilty, and you have to prove yourself innocent,” said Arrendondo-Lynch.

She owns a ranch and says guns are a vital part of her life.

"We use our guns on a daily basis, we have mountain lions, sometimes we have bears, and sometimes we have people trespassing on our properties, and what applies in one area, does not necessarily make it good for people in rural areas,” said Arrendondo-Lynch.

In order to make schools safer, those who support Red Flag laws also feel it's important to urge gun owners to safely store their firearms and keep them out of the hands of children.

Those who oppose the Red Flag laws say arming teachers and increasing security at schools will keep students safe.

"We need to arm our teachers, we need to have armed security outside our schools, because a shooter will know that he will not have a chance to get in there and do the damage that he wants to create," said Arrendondo-Lynch.

This is the last topic the lawmakers were looking at for right now as part of this special committee.

They have previously talked about hardening schools with locked doors and metal detectors, increasing officers on campuses, and the cause of mass shootings, including mental health services.

Lawmakers will now take this input into the legislative session, which starts in January.

Lieutenant Governor Dan Patrick commended the committee on their work. He released this statement Tuesday:

“Regarding the topic of 'Red Flag' laws, which was discussed today in the select committee, I have never supported these policies, nor has the majority of the Texas Senate. A bill offered last session garnered little support. Governor Greg Abbott formally asked the legislature to consider 'Red Flag' laws in May so I added them to the charges I gave to the select committee. However, Gov. Abbott has since said he doesn’t advocate 'Red Flag' laws. I have made it clear that school safety will be a top priority next legislative session and I have encouraged school superintendents to move forward with steps they identify to enhance security before the coming school year."