Texas executes man who killed woman during spate of crimes

Mark Anthony Soliz was convicted in 2012 of fatally shooting a 61-year-old grandmother in her home near Godley, Texas. 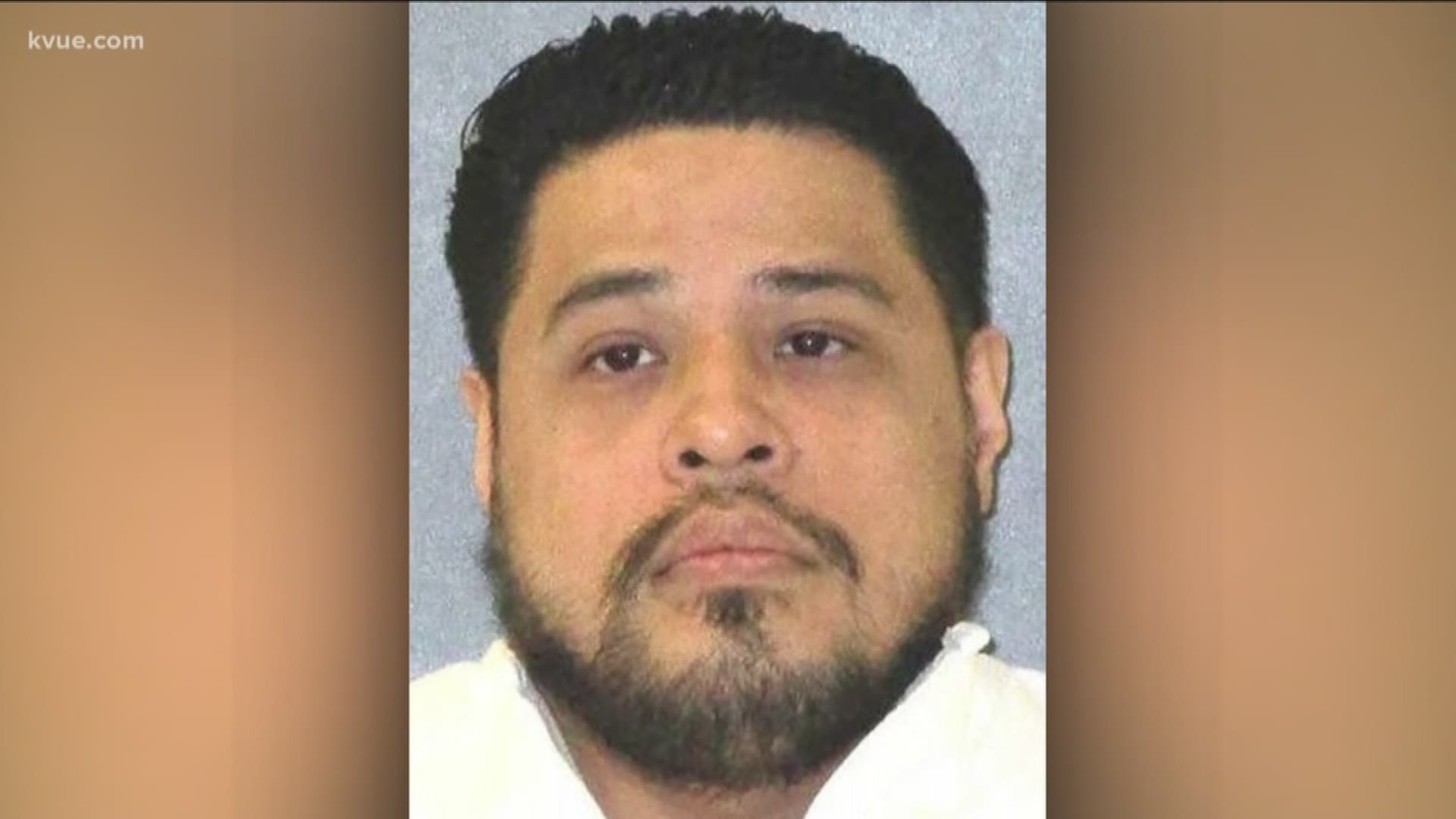 HUNTSVILLE, Texas — A Texas death row inmate was executed Tuesday for fatally shooting a 61-year-old grandmother at her North Texas home nearly a decade ago during an eight-day spate of crimes that included thefts and another killing.

Mark Anthony Soliz, 37, received a lethal injection at the state penitentiary in Huntsville for the June 2010 slaying of Nancy Weatherly during a robbery at her rural home near Godley, located 30 miles (48 kilometers) southwest of Fort Worth.

Soliz was the 15th inmate put to death this year in the U.S. It was the sixth execution in Texas and the second in as many weeks in the state. Nine more executions are scheduled this year in Texas, the nation's busiest capital punishment state.

During a five-minute final statement, Soliz apologized profusely from the death chamber gurney.

"I don't know if me passing will bring y'all comfort for the pain and suffering I caused y'all," he said, looking at his victim's son and daughter-in-law, who watched through a window a few feet from him. "I am at peace. I understand the pain that I caused y'all."

He said he made wrong decisions but forgave himself and was "going with a humble heart." He added that he didn't know if members of Weatherly's family would attend the execution, but that he was pleased they did.

Soliz thanked his supporters and told the warden he was ready. As the lethal dose of pentobarbital began, he again turned his head toward Weatherly's relatives.

He gasped, snorted and appeared to go to sleep. All movement stopped. Eighteen minutes later — at 6:32 p.m. CDT — he was pronounced dead.

State and federal appeals courts and the Texas Board of Pardons and Paroles turned down requests by Soliz's attorneys to stop the execution, with the most recent denial coming on Monday. His lawyers filed no other appeals, including to the U.S. Supreme Court, on Tuesday.

"I have represented Mr. Soliz for many years. Every legal tool in my kit was deployed to prevent this execution. The hope endures, the fight goes on, and the cause never dies," Seth Kretzer, one of Soliz's appellate attorneys, said in a statement.

Soliz's lawyers had argued he suffered from fetal alcohol spectrum disorder, which left him with brain damage. His attorneys said the disorder is the "functional equivalent" of conditions already recognized by the U.S. Supreme Court as disqualifying exemptions to the death penalty, such as intellectual disability.

"Our argument (was) the Supreme Court is extending that doctrine to fetal alcohol syndrome," Kretzer said.

Prosecutors portrayed Soliz as a dangerous individual who killed Weatherly for a "pittance of property."

Kretzer had argued in court documents that heavy drinking by Soliz's mother during her pregnancy resulted in numerous problems for the inmate, including impulsivity, learning difficulties, and an IQ of 75 that is "considered borderline impaired." An IQ of 70 or below is generally considered to be intellectually disabled.

Jurors at his 2012 trial as well as previous appeals court rulings rejected Soliz's claims that his actions were due to the impacts of fetal alcohol spectrum disorder.

At his trial, prosecutors said Soliz and another man, Jose Ramos, committed at least 13 crimes in the Fort Worth area over eight days in June 2010.

After fatally shooting a deliveryman around 6 a.m. on June 29, 2010, the duo later that morning drove in a stolen car to Weatherly's home. Prosecutors say Soliz and Ramos forced their way into the home at gunpoint and ransacked the place, taking a television, cellphones and credit cards.

Prosecutors say Weatherly begged for her life and pleaded with Soliz not to take her deceased mother's jewelry box before she was shot in the back of the head.

A friend of Soliz's told jurors Soliz had bragged to her about killing an "old lady" in a house in Godley, laughed about what happened and ridiculed the woman's "country" accent.

Police say Soliz confessed to killing Weatherly and ballistics and fingerprint evidence also tied him to the slaying.

Ramos was sentenced to life in prison for the deaths of Weatherly and the deliveryman, Ruben Martinez.

The Supreme Court in 2002 barred the execution of mentally disabled people but has given states some discretion to decide how to determine intellectual disability. However, justices have wrestled with how much discretion to allow.

The Texas Attorney General's Office said in court documents filed earlier this month that the Supreme Court has not held that individuals with fetal alcohol spectrum disorder are exempt from capital punishment and that Soliz has not presented an expert opinion stating he is intellectually disabled.

The attorney general's office said in its motion with the 5th U.S. Circuit Court of Appeals that a Fort Worth police detective testified Soliz was "more sophisticated, calculated, and dangerous" than his partner Ramos and that "Soliz was the most dangerous person with whom he had come into contact" in his 16 years as a police officer.