The governor spoke about hurricane preparedness at the State Operations Center in Austin. 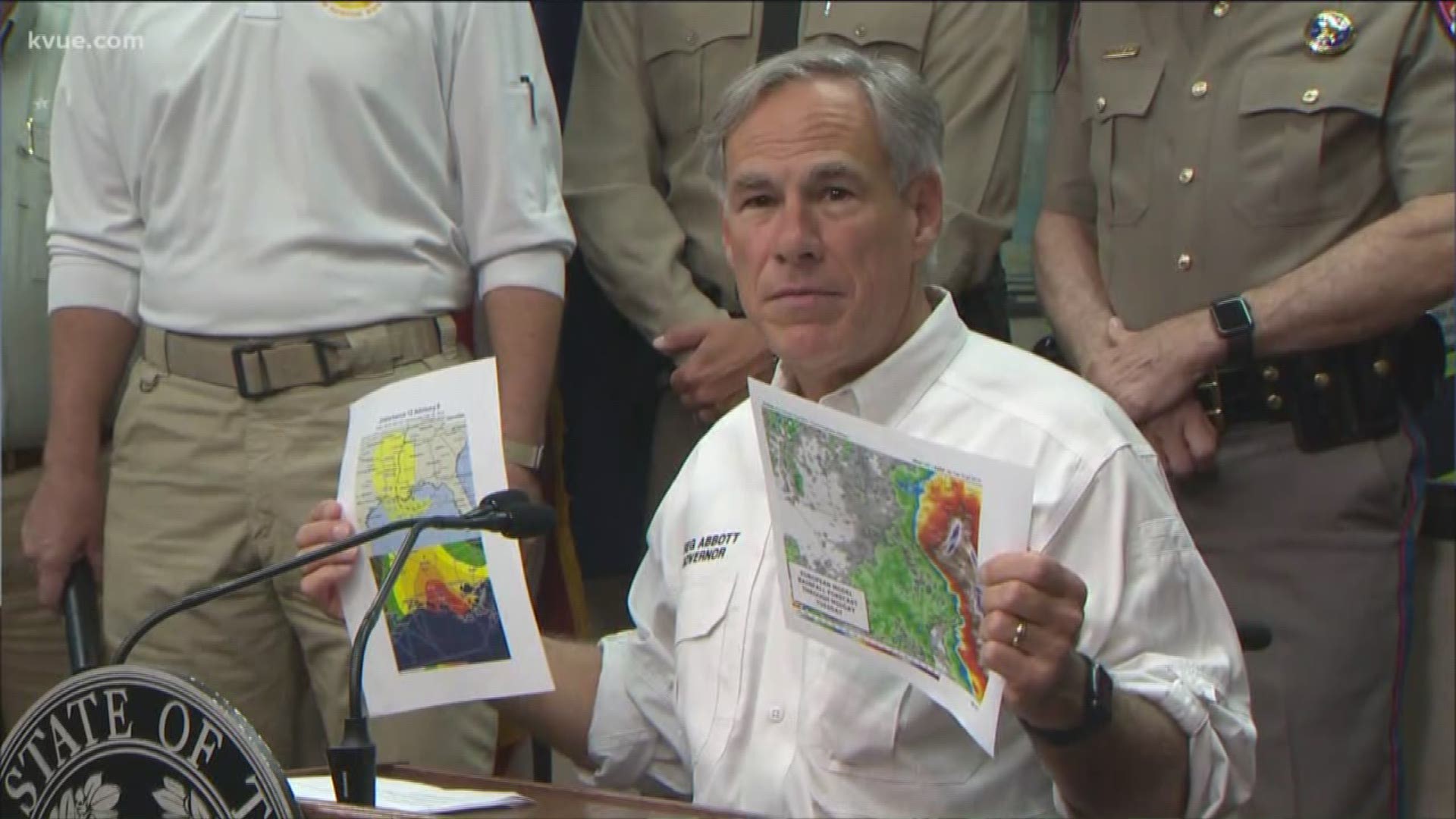 TEXAS, USA — A tropical system is developing in the Gulf of Mexico that could impact Texas, and Gov. Greg Abbott is monitoring the situation.

The National Hurricane Center gives the system a 90% chance of developing into a tropical depression or Tropical Storm Barry in the next two days. Although the forecast track can change, models show the bulk of rainfall east of Central Texas.

On Wednesday, the governor talked about hurricane preparedness at the State Operations Center in Austin.

Gov. Greg Abbott declared that he elevated the state emergency response center to have all resources and personnel needed to help the state and local governments, along with individuals to respond to the storm. The effort is to maintain safety and protect property.

State resources on standby include:

In the event of road closures and detours, citizens are asked to visit drivetexas.org for updates. Through Texas Health and Human Services, call 211 for updates if dealing with a health-related issue. State Health Services has a website for health services, by raising the system of awareness working with medical shelters and ambulance strike teams. Visit txready.org for information and tools.

"I would strongly urge people to do all they can to at least look into and do all you can to try and obtain flood insurance," said Gov. Abbot. "To protect you against the catastrophes like what occurred in the aftermath of Hurricane Harvey."

In the aftermath of Hurricane Harvey, Gov. Abbott declared there is still less than 20% of housing units in coastal and adjacent counties that are covered by the National Insurance Flood Program.

In addition to providing resources, Gov. Greg Abbott announced he made a State Disaster Declaration for Cameron, Hildago and Willis counties on June 27, in response to severe weather and flooding that affected those communities during Hurricane Harvey.

On Wednesday, Gov. Abbott has requested a Presidential Disaster Declaration asking the federal government to provide individual assistance to those in the Rio Grande Valley affected by the disaster.

Gov. Abbott had one last remark for residents as they prepare for the possible tropical storm.

"Be prepared for this particular storm. We don't know how severe this is going to be, we don't know where it will all impact," Gov. Abbott said. "What we do know is this, and that is if you prepare the very worst, you will be [in a] situation where you will be able to come out far better in the end."

'It makes you look over your shoulder more': Mountain lion spotted in Hutto community

UT-Austin will provide free tuition to undergrad students with family incomes below $65,000 starting in 2020