Padre Island National Seashore asked that visitors do not intentionally discard fishing gear or line into the water because marine life can be harmed. 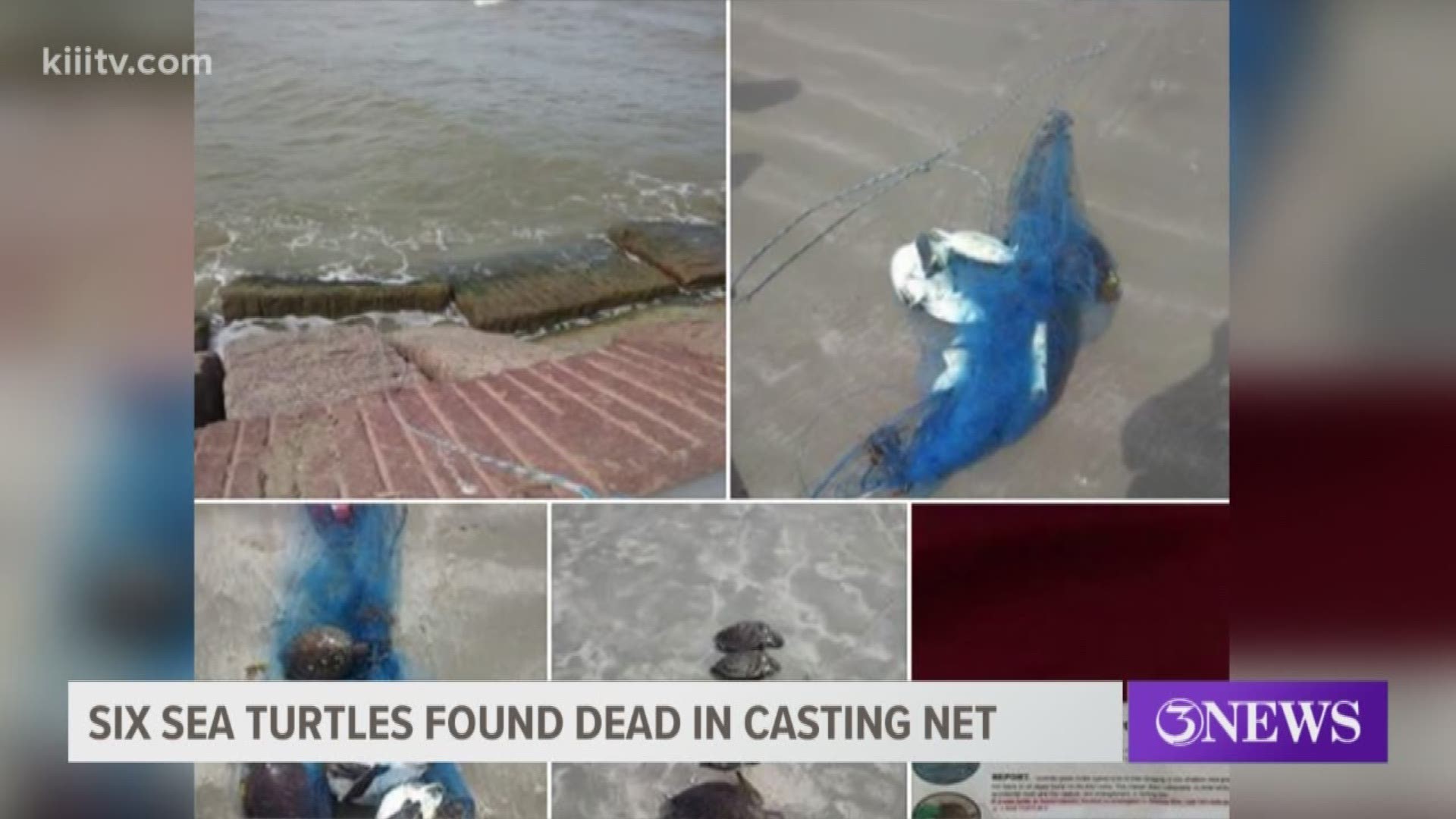 CORPUS CHRISTI, Texas — An award has been offered to anybody who might have information on the people responsible for leaving a cast net at the Packery Channel jetties which killed six juvenile green sea turtles.

The Padre Island National Seashore was informed Tuesday by the City of Corpus Christi - Government Beach Operations personnel that there was a discarded cast net with trapped turtles inside.

Sea turtle specialist Dr. Donna Shaver with the Padre Island National Seashore said the pictures were hard to look at.

"It was very troubling to see six green turtles found dead in one cast net if people catch one they need to release it, and they need not try to catch them or hold them," Shaver said.

According to Shaver,  they've seen an increase in sea turtles in the Packery Channel area, which puts them in the risk of getting tangled in leftover gear that is not cleaned up by anglers.

Shaver hopes people will be more diligent and clean up after themselves, especially because these turtles are endangered.

Texas Game Wardens in Nueces County are now seeking information leading to the people responsible for the illegal act. If you have any information, you are asked to call the Operation Game Thief hotline at 1-800-792-4263.

Operation Game Thief
Texas Game Wardens in Nueces County are seeking information leading to the individual(s) responsible for this illegal act. The illegal act occurred Tuesday, July 16th off of Hwy 361 at the Packery...

Padre Island National Seashore asked that visitors do not intentionally discard fishing gear or line into the water because marine life can be harmed. If you find a nestling or stranded sea turtle, you're asked to contact officials at 1-866-TURTLE-5.