The COO of the business said he hopes the farm sparks conversation, bringing more awareness about how we think about food. 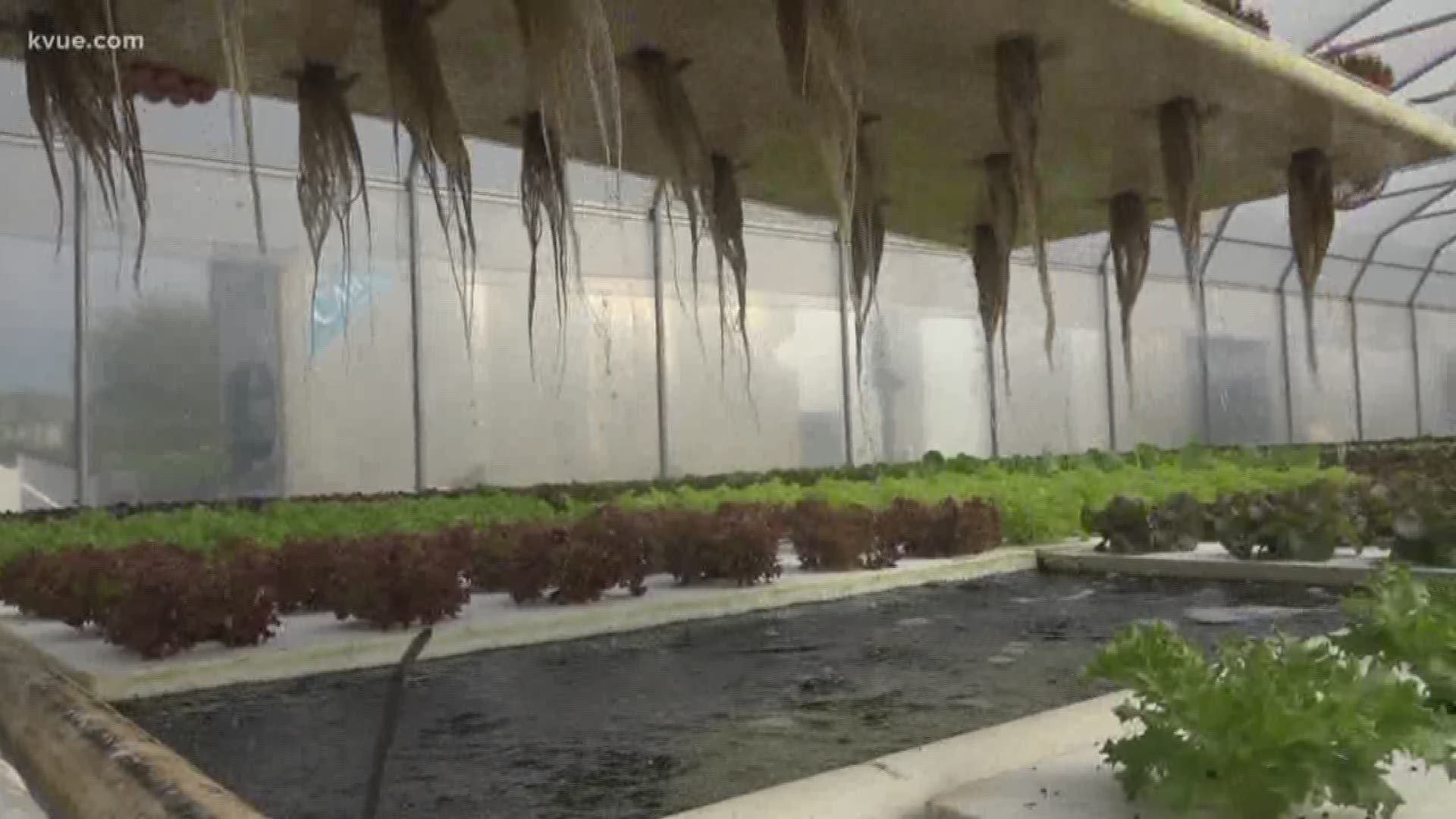 The use of aquaponics is an old tradition that's gaining back popularity, especially among Austin restaurants.

Many that are calling upon services from Agua Dulce Farm. It's the state's first certified organic aquaponics farm, which was developed by Lloyd Minick and Michael Hanan, and officially began operating in southeast Austin 18 months ago.

Aquaponics is the combination of hydroponics -- growing plants without soil -- and aquaculture -- fish farming. The waste from the Nile tilapia fertilizes Agua Dulce’s greenhouse plants such as lettuce, red mustard, bok choy, mizuna, tatsoi and herbs. The same water they raise the fish in is also used to treat their field crops, “using 90% less water than a conventional farm.” The farm also sells Bluegill fish.

"It makes some of the most water efficient method of growing food that has ever been developed,” said Agua Dulce President and COO Lloyd Minick. “Eventually we would like to capture the rainwater off our greenhouses and have our farm be a net-zero water use farm.”

"There are estimates out there that say we need to increase food production by at least 70 percent by the middle of this century to feed our growing population,” he said.

Harvesting more food on less land is a benefit, but Minick said there are more important areas to focus on.

"Things like water and fertilizer and in general trying to minimize the environmental impact of agriculture,” Minick said.

The farm aims to reduce their carbon footprint, an obtainable goal with less transportation involved to distribute food. Being locally sourced is a huge draw for Austin businesses, Agua Dulce serves two dozen restaurants, including JuiceLand, Hillside Farmacy and Jeffrey's and Josephine House.

"Austin has become such a foodie city,” Minick said. “There are a lot of chefs, more and more every year that want to source their produce locally.”

The COO said it also helps them generate a more meaningful relationship -- networking face-to-face -- and it allows restaurants get a first-hand look at how they operate. He hopes the farm sparks conversation, bringing more awareness about how we think about food.

"Our buying choice have impacts on the rest of our community and society,” Minick said.

The owners said they plan to eventually open up the aquaponics farm to the public, including school tours and workshops.