Doctors say boys -- not just girls -- should get the vaccine too. 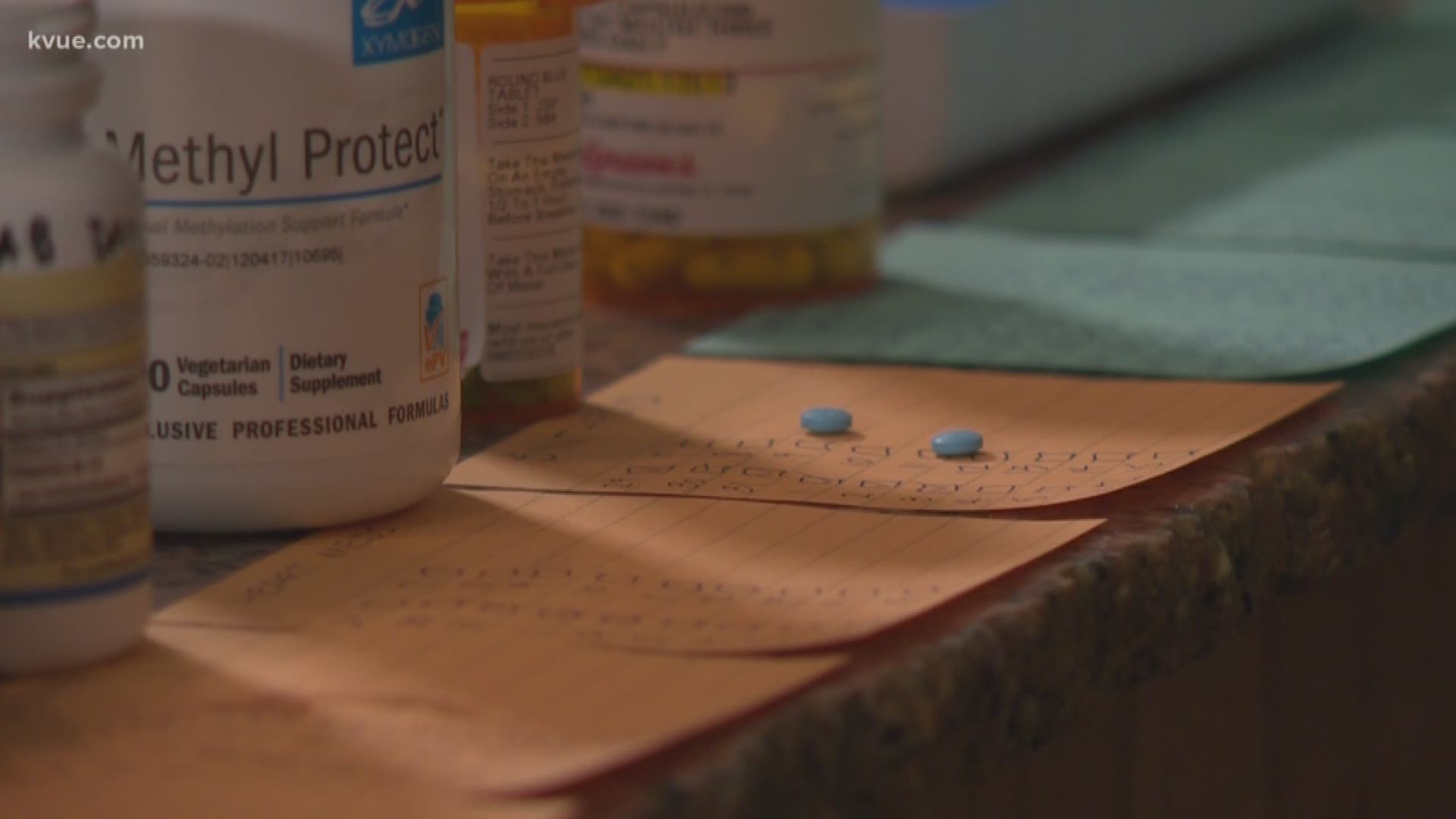 AUSTIN -- According to the Texas Medical Association, eight out of 10 people will get an HPV infection, or human papillomavirus, in their lifetime.

For some, that could lead to six different types of cancer, including cervical and throat cancer.

"It's not about promiscuity, if you've had sexual relations at all, you may have been exposed to it,” said Owen Kinney.

"I’ve been cured 100 percent three times, but it's come back twice," said Kinney.

He's gone through radiation, and doctors even cut out one-third of his tongue. Now he can only eat through a feeding tube in his stomach.

"Pump it in there, and I enjoy a delicious T-bone steak,” said Kinney.

He said doctors believe his cancer was caused by HPV.

"If it can be avoided, why not,” said Kinney.

According to the Texas Medical Association, Texas ranks 47th out of 50 states for their vaccination rate, with only 33 percent of teens getting it.

Now, they hope to boost that number up.

They’ve teamed up with the American Cancer Society, MD Anderson Cancer Center, the University of Texas, and more than 40 other organizations to get the message out there.

By 2026, 20 years after the HPV vaccine came out, they hope that vaccination rate will be up to 80 percent.

"It's easy to see the benefit of it,” said Pediatrician Kimberly Ovila Edwards.

She said 90 percent of cancers caused by HPV can be prevented with the vaccine.

"Some of the cancers are not detected until they are very well formed in in the body, so if you don't get it, you leave yourself susceptible to those viruses,” said Edwards.

"For people who say my daughter or my son isn't going to be sexually active before marriage, well, when they get married, if their fiance has had a sexual partner then that person is now exposed to any partner anyone has had in the chain, one HPV exposure and they could be where I am," said Kinney.

According to Edwards, it’s best to get the vaccine around age 11 or 12, but said you could start as early as nine years old, and get it up to 25 years old.

"We've seen that there's a higher immune response if you're younger,” said Edwards.

Many remember when the vaccine was first introduced more than 10 years ago, doctors encouraged girls to get it.

But now, they’ve seen an increase in oral cancers of men who don’t smoke, and say many throat and tongue cancers are caused by HPV.

"If we can prevent these infections in boys, we decrease the risk of transmission as they get older,” said Kinney.

Kinney wishes the vaccine would have been around when he was young.

"If I had known about it, I hope I would have gotten it, the problem is if you're 10, 11, 12, which is the ideal age, your parents make that decision,” said Kinney.

He hopes they’re the ones to hear the message.

"If someone offered a protection policy for a car, to prevent car accidents, you'd take it. In this case, this vaccine pretty much guarantees you're not going to have six types of cancer that can be avoided, anybody who doesn’t do that is not being rational," said Kinney.

"We can all rally around this effort to decrease cancer in our kids and it's going to take a community to do that,” said Edwards.