In Texas, the Republicans still control the State House, but 12 seats were flipped to Democratic candidates. 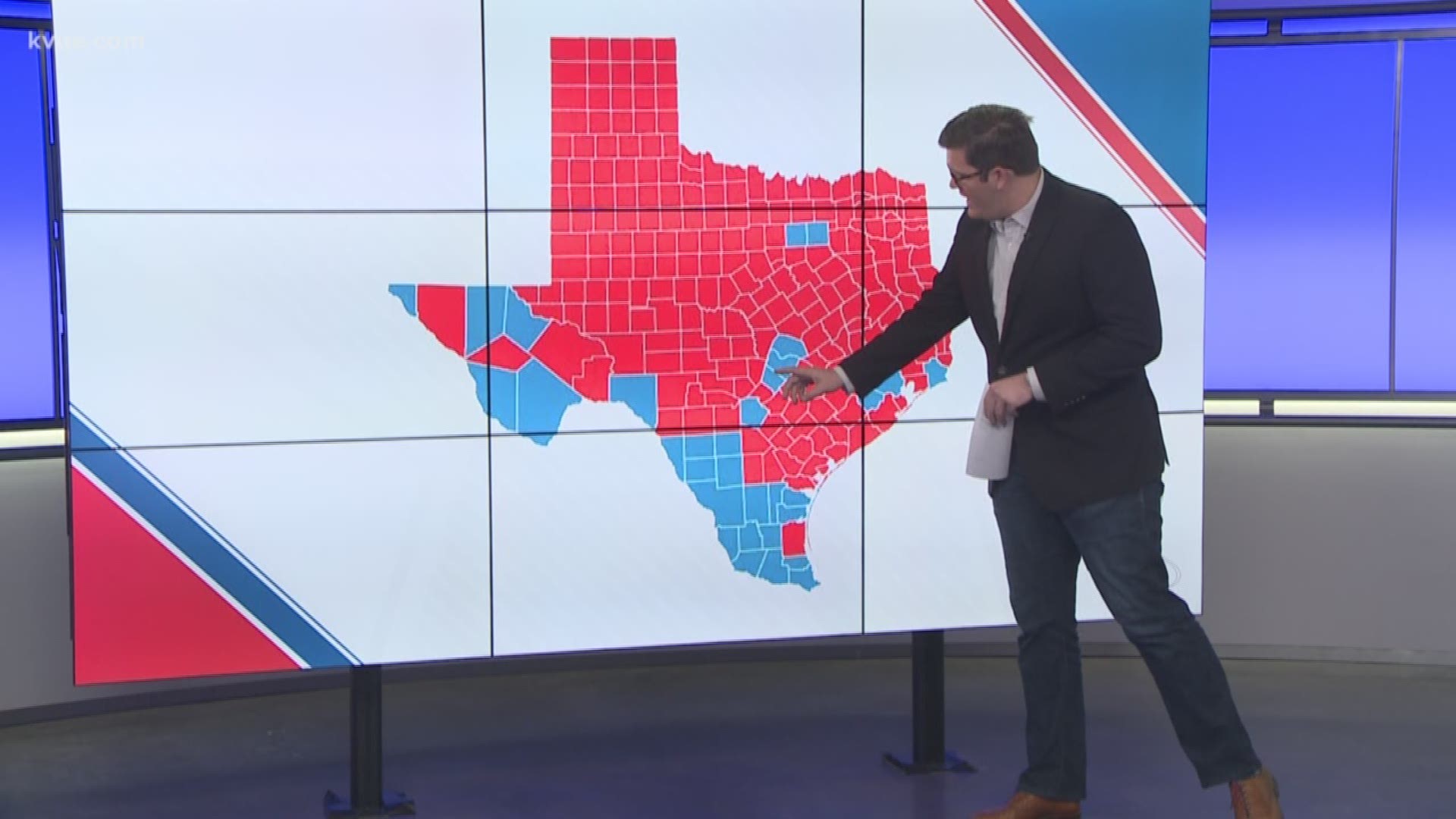 AUSTIN — The U.S. House of Representatives has flipped to a Democratic Control after the 2018 Midterm Elections. But back in the Lone Star state, the outcome was not as strong. The Republicans still control the State House, but 12 seats were flipped to Democratic candidates.

Things will soon be changing inside the Texas State House.

"It was a big night for the Democrats in the Texas house of representatives," said Sherri Greenberg.

Greenberg is a professor of public policy at the University of Texas and was a representative in Travis County in the 90s.

Democrats win House: So what happens next?

She said part of the reason for the switch was because of a higher turnout due to increased interest in the U.S Senate Race.

Even some Republicans, like Congressman John Carter, who narrowly defeated his opponent MJ Hegar, sees the shift.

"This is the largest turn out of democratic votes in my lifetime in Williamson County and that's a long time," said Carter in an interview following his win.

He even called on republicans to unite during his acceptance speech.

"Wake up republicans, life is changing and work is getting harder. We need to unite and get together or we're going to find ourselves in the losing end oif the stick very soon," Carter said.

But for Greenberg, she says the increase in democrats could create more compromise in congress

"It makes it more likely that you will have to reach across the isle some," said Greenberg.