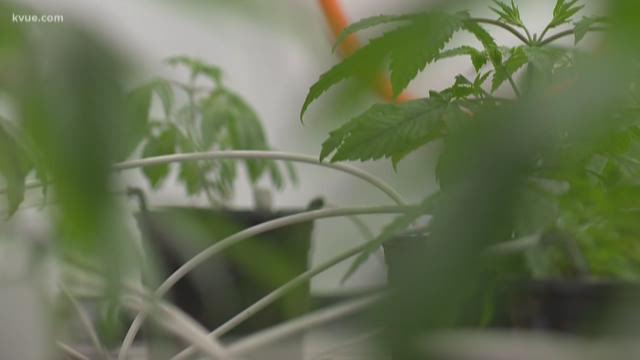 A big day in Texas as Compassionate Cultivation harvests their first cannabis crop.

Friday, at their Manchaca warehouse, technicians cut the cannabis they planted in October.

"For those especially suffering from epilepsy, it's a big day,” said CEO Morris Denton. "The reality is, this medicine, CBD can be life changing.”

Denton said this puts them one step closer to creating a cannabis oil for those with epilepsy.

"Just really happy to be close to having medicine," said Denton. "What we have felt like has been a long road, but in comparison to these people who have been waiting for this medicine literally for a lifetime, you know the things that we've had to go through are relatively insignificant.”

Compassionate Cultivation is one of three companies who got a license to produce and sell the oil through a 2015 bill.

In order to get the oil, patients must have epilepsy, have a prescription from a registered doctor, and be listed on the state’s Compassionate Use Registry.

"There's no other relief for these folks,” said Director of Cultivation Taylor Kirk. “They've tried it, a lot of time they have to take five to seven different medications that all work against each other at times and make them feel really bad.”

Technicians will now hang the cannabis plants to dry out, and then send them through an extraction process to get the oil.

Patients will put a few drops of oil on their tongue. The company will add flavors like mint or cherry.

"This medicine, you know, it's all natural and it really does help these folks,” said Kirk.

He said it's a seven-day-a-week process to make sure the plants are healthy.

"We're constantly nurturing the plants, trimming them, pruning them,” said Kirk. "It's hands on, there's a lot of work."

This first batch they planted from seed. But according to Kirk, once they find the best option, they will just clone the plants.

"What we're after is a high CBD plant, that has very, very low THC," said Kirk.

According to Kirk, they have to follow strict state regulations, with less than half a percent of THC, and more than 10 percent of CBD, or cannabidiol, which is another compound in cannabis.

It's that CBD that dozens of patients have told Denton they're anxiously waiting for.

"They just say, 'Can you please hurry,'" said Denton. "It’s been real humbling for us to see the energy and the passion, but also just the want to get this medicine.”

Denton said they still don't know how much oil they'll be able to make with this first crop, but says he's confident they'll meet demand.

"I know that people have been waiting a long, long time, and you know we’re almost there, and I'm getting tired of saying we're almost there. I want to be able to say, 'Here you go,'" said Denton.

There is another Florida-based company who is operating out of Schulenburg, Texas. They've also started production, and are delivering the oil to customers.

At Compassionate Cultivation, they will deliver, but plan to also open a dispensary early February.