When the goddess took flight: The saga of Austin’s best-known statue

The Texas Capitol's Goddess of Liberty has had quite a history. Here are some things you might not know. 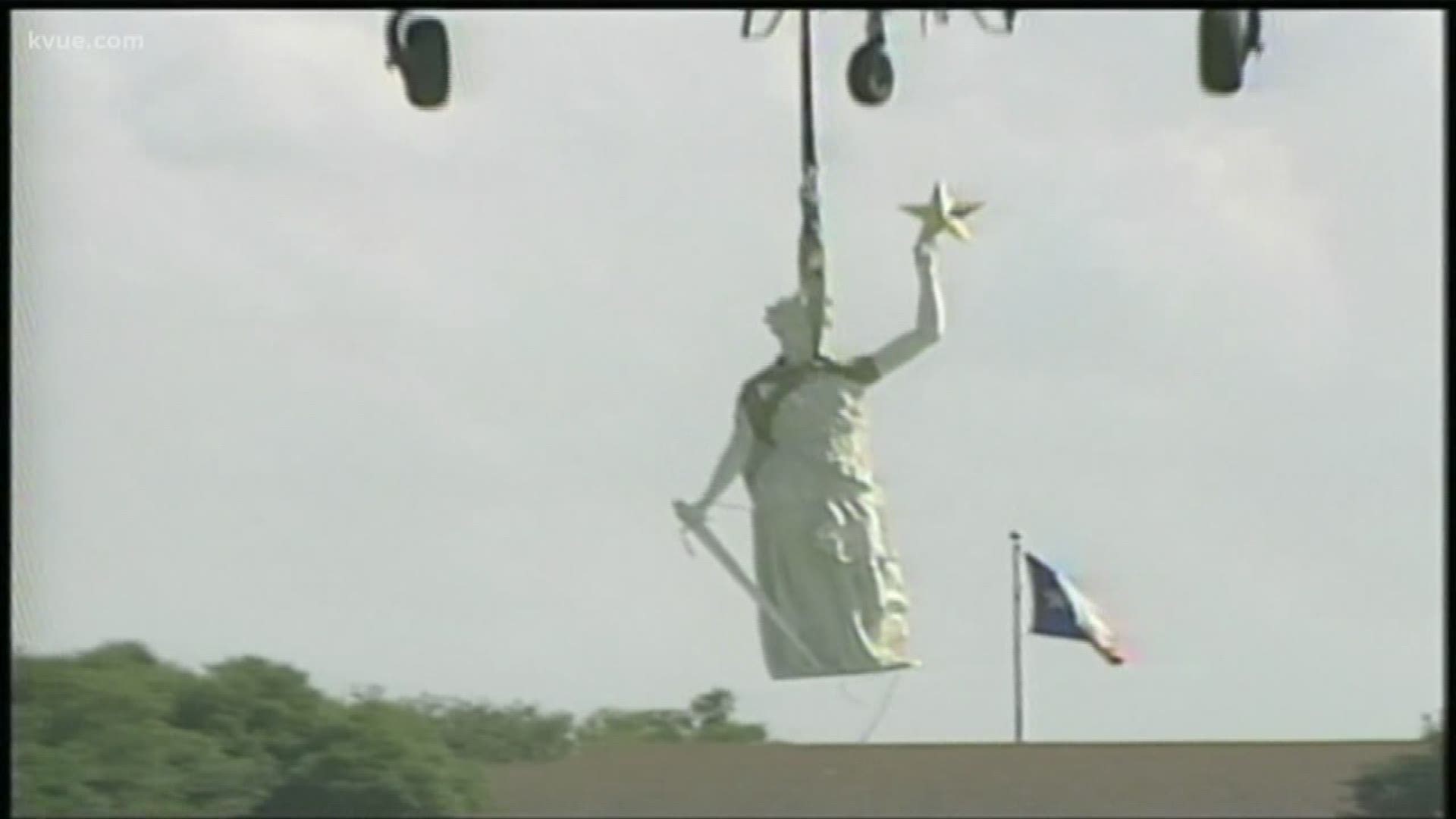 AUSTIN, Texas — Sixteen feet tall and weighing 2,000 pounds, the statue that sat atop the State Capitol Building in Austin had seen better times.

Designed by Elijah E. Myers, the architect of the State Capitol Building, and hoisted to the top of the dome in 1888, the Goddess of Liberty as she was known was said to represent truth and justice. But by 1985 it had become clear the statue had badly deteriorated after nearly 100 years of exposure to the elements.

She was whisked away by a Texas National Guard helicopter and taken for repairs.

The decision was made that she be grounded for life, and a replacement statue made of lighter aluminum was ordered.

RELATED: Who set fire to the Texas Governor's Mansion?

By the spring of 1986, the new goddess was ready to be mounted atop her Capitol perch. But it was a challenge. High winds, low clouds and the fact the helicopter pilot simply couldn't see where to place the new statue led to frustrated crowds who had gathered to watch the return of the goddess.

With more than a dozen unsuccessful attempts to re-mount the statue, Texas officials called in the Mississippi National Guard and its sky crane helicopter, which allowed the pilot to get a better view of where to deposit her atop the Capitol. It was a wise decision. In a relatively simple operation, the Goddess had returned and permanently mounted on top of the Capitol.

PG&E admits it might have ignited 21,900-acre Kincade Fire in California wine country