Committees call for removal of Confederate memorials on Capitol grounds 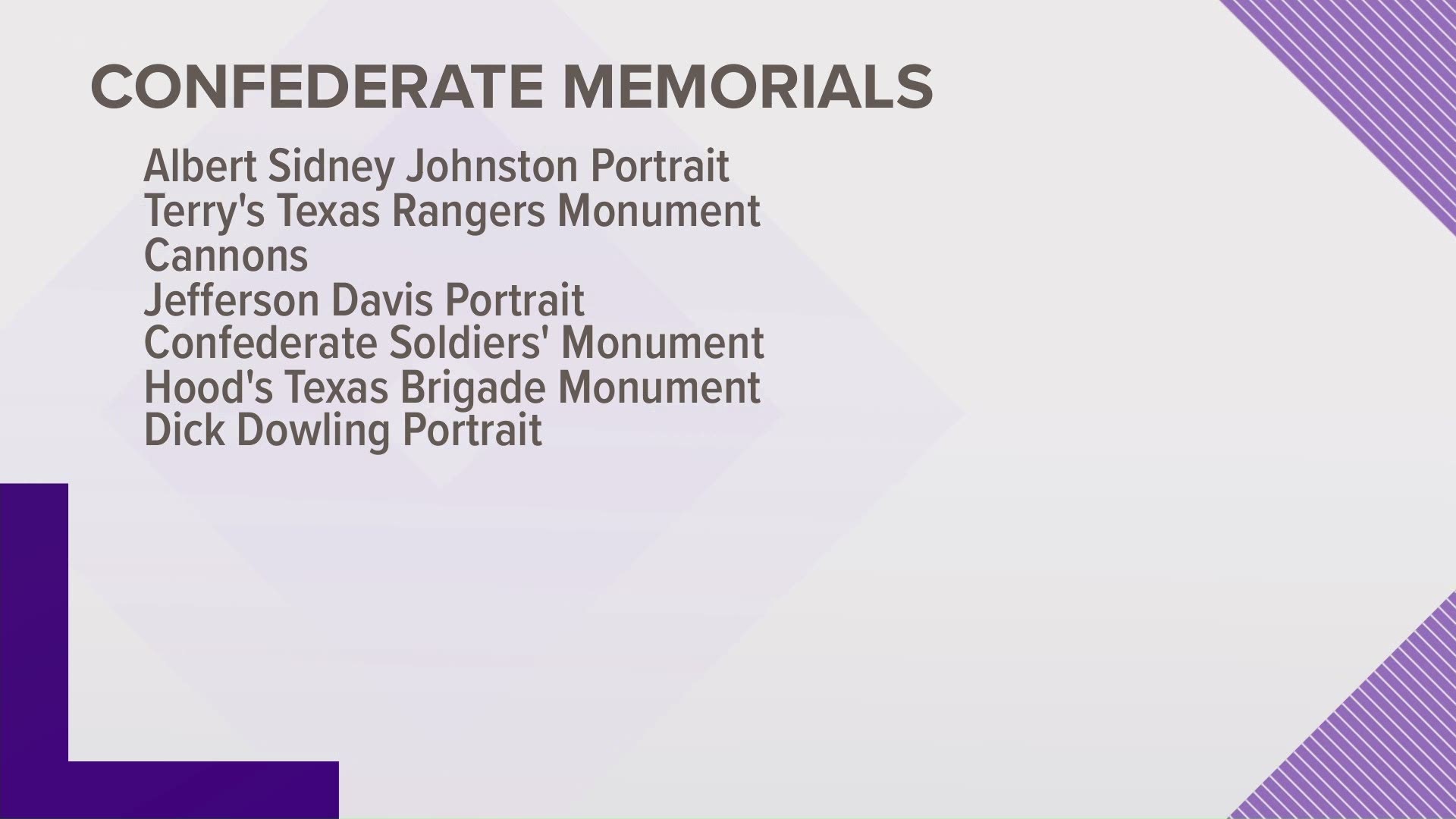 The committee is also calling for the renaming of the John H. Reagan State Office building.

“By maintaining idols and symbols of hate, we are endorsing their body of work as deserving of high honor," said Rep. Carl Sherman, (D-DeSoto). "It’s time to remove idols of men who did not love all men, nor did they believe that people of color were created equal by God. There has never been a time so right to do what’s right.”

"Lifesize images of men who actually fought to oppress and enslave the entire Black race continue to perpetuate the generational trauma of racism," said Rep. Shawn Thierry (D-Houston). "The time is overdue to correct the record as we can no longer glorify those who fought to uphold the barbaric practice of slavery."

"For over a century, these memorials have signaled to visitors, staff and legislators alike, that the State of Texas venerates the legacy of the Confederacy," the committee said in a press release. "By virtue of their placement on state grounds, these memorials are elevated to a reverence reserved for the most righteous of individuals and causes."

John H. Reagan was an American congressman who was known as the postmaster general of the Confederate States of America.

RELATED: Confederate plaque removed from Texas Capitol, but where will it go?