By the summer of 2022, Congress Avenue north of the Texas State Capitol will have a whole new look. 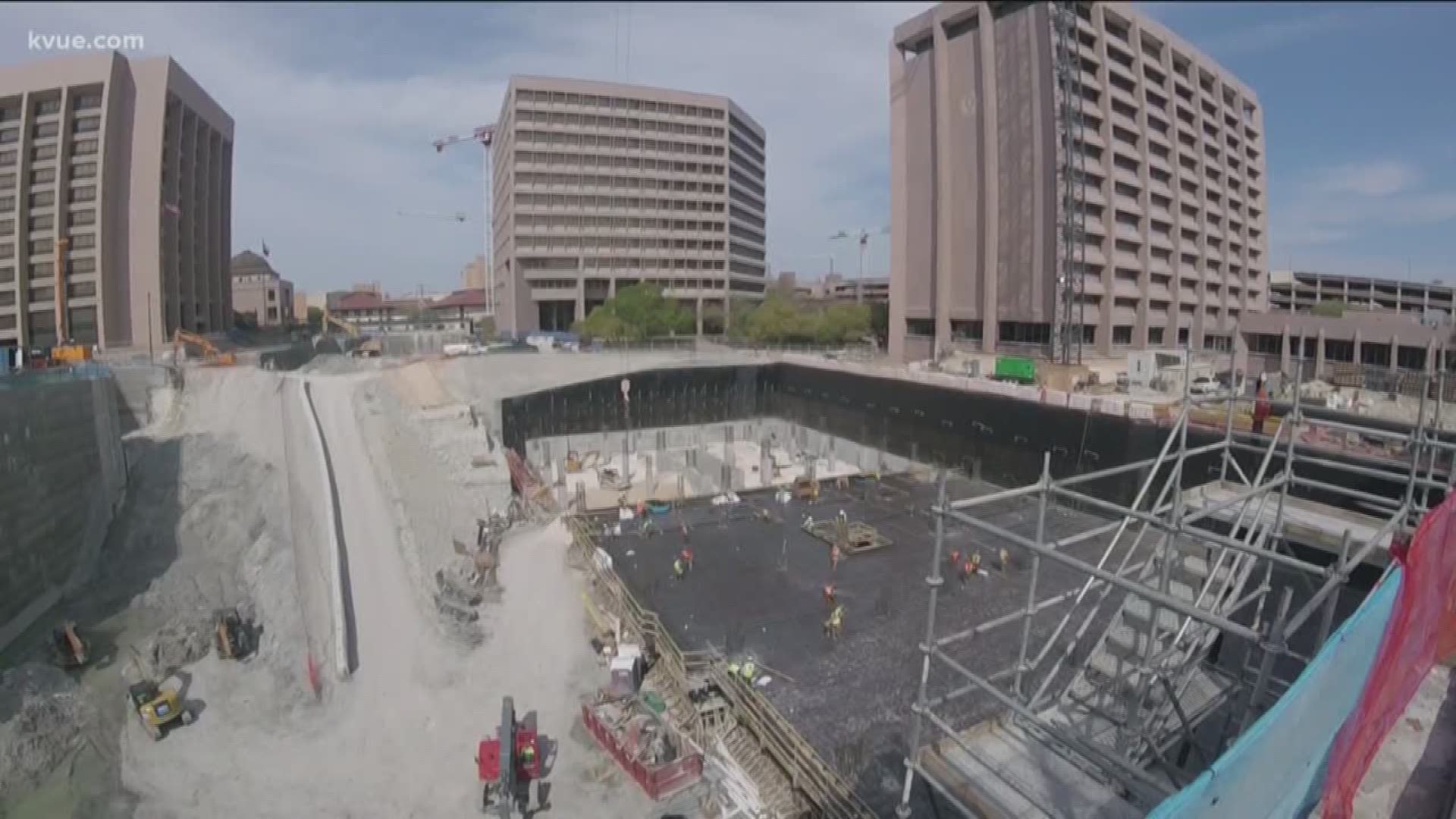 AUSTIN, Texas — In the shadows of the Texas State Capitol, hundreds of construction workers are hard at work giving Congress Avenue a makeover.

“It's been a career project for a lot of us,” said John Raff, deputy executive director of facilities design and construction for the Texas Facilities Commission. “By far it dwarfs everything that we've worked on.”

Crews are still excavating what’s expected to be about 40,000 trucks of dirt – enough to fill more than 157 Olympic-sized swimming pools.

The big dig will make way for an underground parking garage – which will have about 3,000 spots, by far the largest in downtown.

The garage will be used for state employees during the week, but the plan is to open it to the public for weekend events.

On the north end of the project, near 18th Street and Congress Avenue, a new 14-story state office building is already going up. It’s expected to be called the George H.W. Bush State Office Building and will house various state agencies.

“One of the drivers was an economic driver of getting state agencies out of leased spaces,” said Paul Bielamowicz, who led the design of the project.

He’s been working on it for more than three years.

“The state's not having to pay leases," he said. "They're actually investing in infrastructure that they will then own and operate as assets for the state.”

The building is what designers consider a “focus building” – meaning that it serves as an anchor of the Capitol Complex and has grand architecture to draw the eye.

At the south end of the project, at 16th Street and Congress Avenue, a shorter 12-story office building will start going up in the next few months.

“There's a lot of different aspects of the design that make the buildings very contextual to the Capitol Complex and respecting the architecture of the Capitol,” Bielamowicz said.

The shorter building is what’s considered a “fabric building,” which designers hope will fit in more with the existing aesthetic of other state buildings, including the William B. Travis and Robert E. Johnson buildings.

The project is expected to be complete by the summer of 2022.

Renderings are available online. If you’d like to check out the construction progress, a good spot to look is at the Stephen F. Austin State Office Building at 1700 Congress Ave.