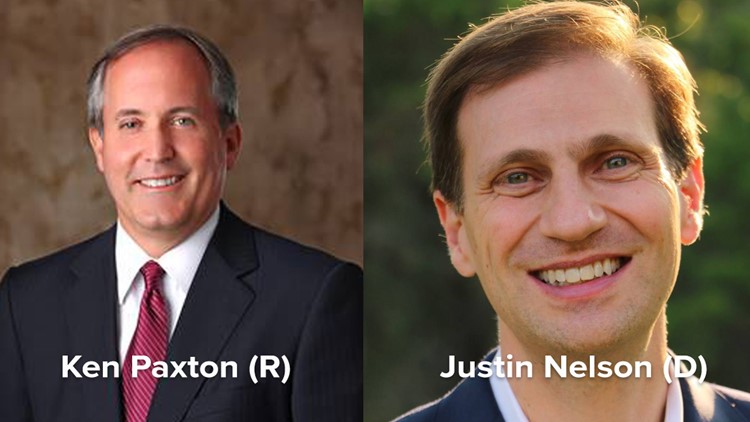 First elected in 2014, Paxton was indicted by a Collin County grand jury on two counts of felony securities fraud and failing to register as an investment adviser with the state. That means he’s accused of illegally recruiting investors for a tech company without telling investors that he would get a financial kickback.

Paxton's opponent, Nelson, told the Texas Tribune he sees the race as one of "integrity versus indictment."

An Austin lawyer, Nelson is an adjunct professor at the University of Texas School of Law. He is also the founder and former president of One Nation One Vote, a group that pushes to elect the president by popular vote, the Texas Tribune said