Officials said the girl fell after her dog ran off. 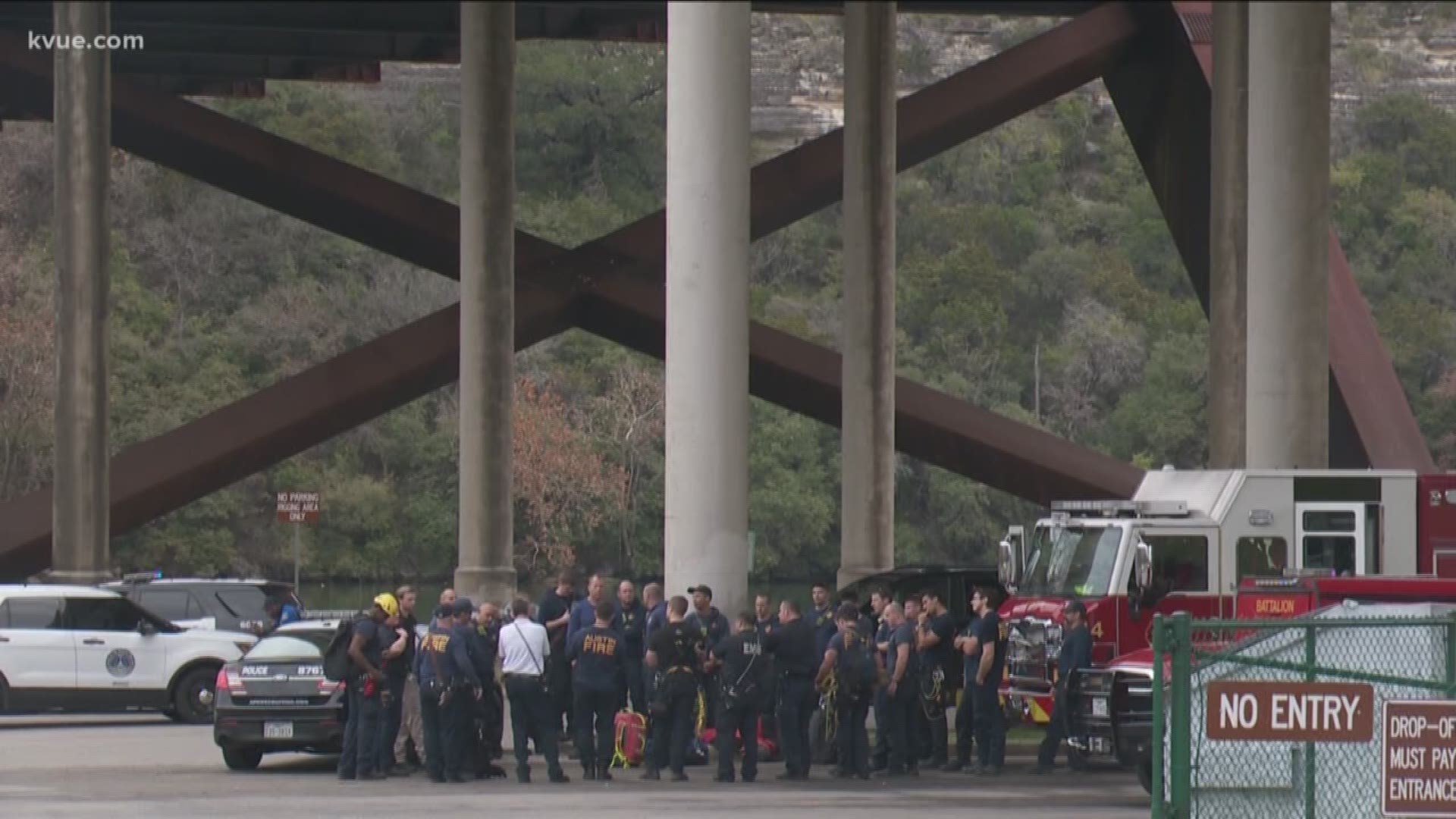 AUSTIN, Texas — A teenage girl was critically injured Thursday after falling from a cliff near the Pennybacker Bridge.

Austin-Travis County EMS reported that they were responding to the 5400 block of Courtyard Drive around 10:15 a.m. after receiving reports of a person who possibly fell from a cliff.

Medics said the girl suffered traumatic injuries as a result of the fall. She was found on the side of a steep hill near the water. Rescuers had to use a ropes system to get her to the water and onto a rescue boat.

The girl was taken to Dell Seton Medical Center with potentially serious injuries that are not expected to be life-threatening via STAR Flight.

According to Fire Battalion Chief Travis Walden, the 18-year-old fell after her dog ran off and she tried to retrieve it. The person who made the 911 call was able to find the dog.

“She landed and it's a 45-degree slope," Walden said. "She fell down the trees, about halfway between the mid-section and the water.”

Police said the girl was responsive when they found her and she was complaining of an ankle injury and that her back hurt.

“It is not atypical for us to see things like this," explained Walden."The trail is narrow and the rocks are slippery. ... Nobody that comes out here goes, 'Hey, I'm going to fall off the cliff today,' so you can’t be too careful.”

Walden said if you plan on taking your family to hike this holiday season, use caution and make sure you are wearing the proper gear.

Police searching for suspect after aggravated robbery in Dripping Springs