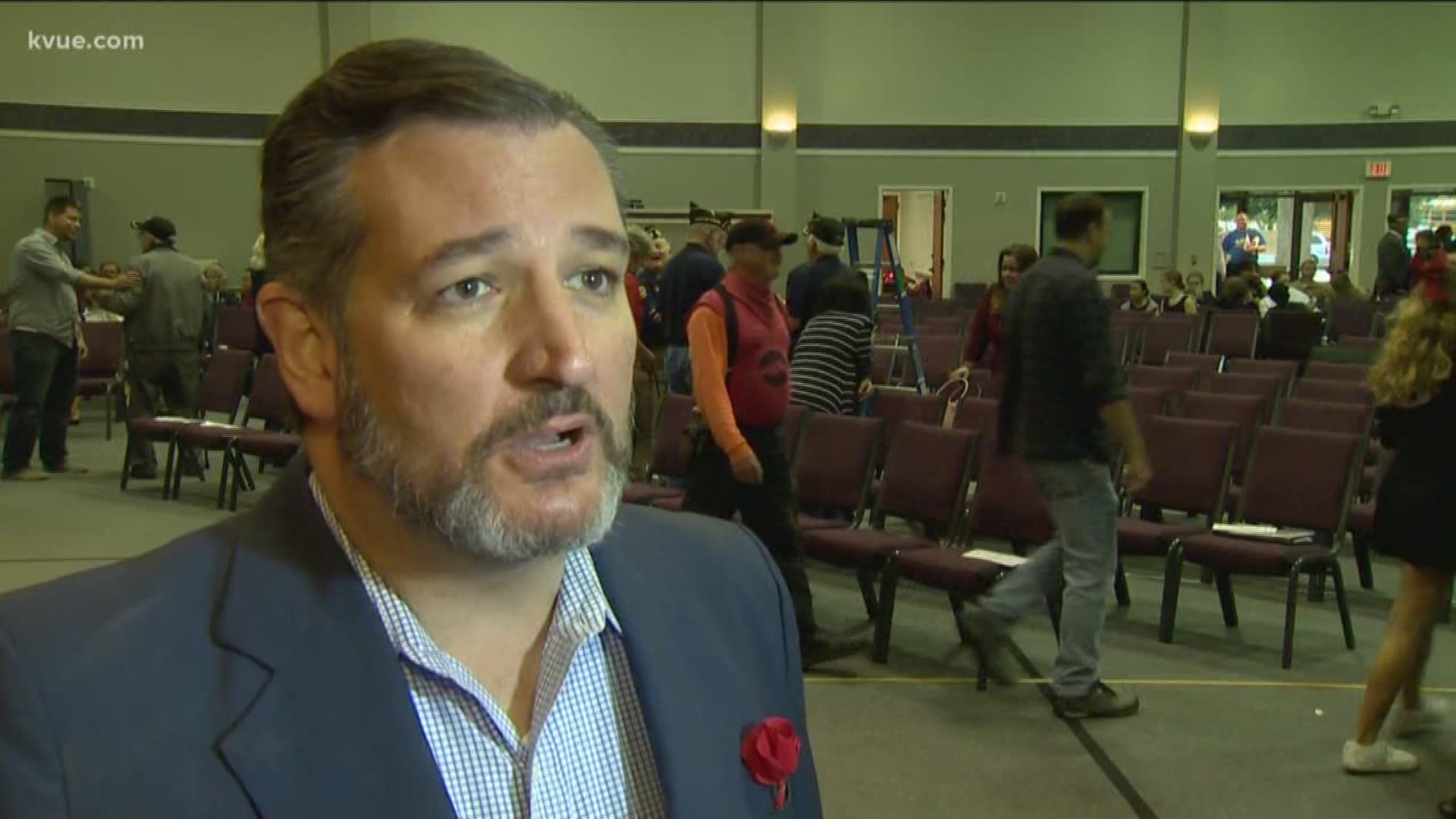 "Today, we honor the selfless service of America's soldiers and sailors and airmen and Marines and Coast Guardsmen," Sen. Cruz said.

Throughout the ceremony, veterans were recognized for their service. The ceremony featured music and speeches from military officials.

While Sen. Cruz was in Pflugerville, KVUE asked him about his stance on Rodney Reed's scheduled execution. With just a little more than a week away from the execution date, an increasing number of politicians are saying investigators need to take another look at the evidence – including Sen. Cruz.

Sen. Cruz said something should be done before the execution happens on Nov. 20.

"In this instance, the defendant maintains his innocence and there's serious disputes about what, in fact, occurred," Sen. Cruz said. "I think it is important that, when there is a real question about guilt or innocence, that the system get it right, that integrity and confidence in the system depends on getting it right. And so the evidence deserves a full and careful consideration."

Reed is facing the death sentence for the murder of Stacey Stites in Bastrop more than 20 years ago. Prosecutors stand by their case and the guilty verdict, and numerous appeals court decisions have gone in the State's favor, including a U.S. Supreme Court decision to not review his case.