Text messages from some students and teachers at an Austin middle school created unnecessary panic during a lockdown at the campus Monday. 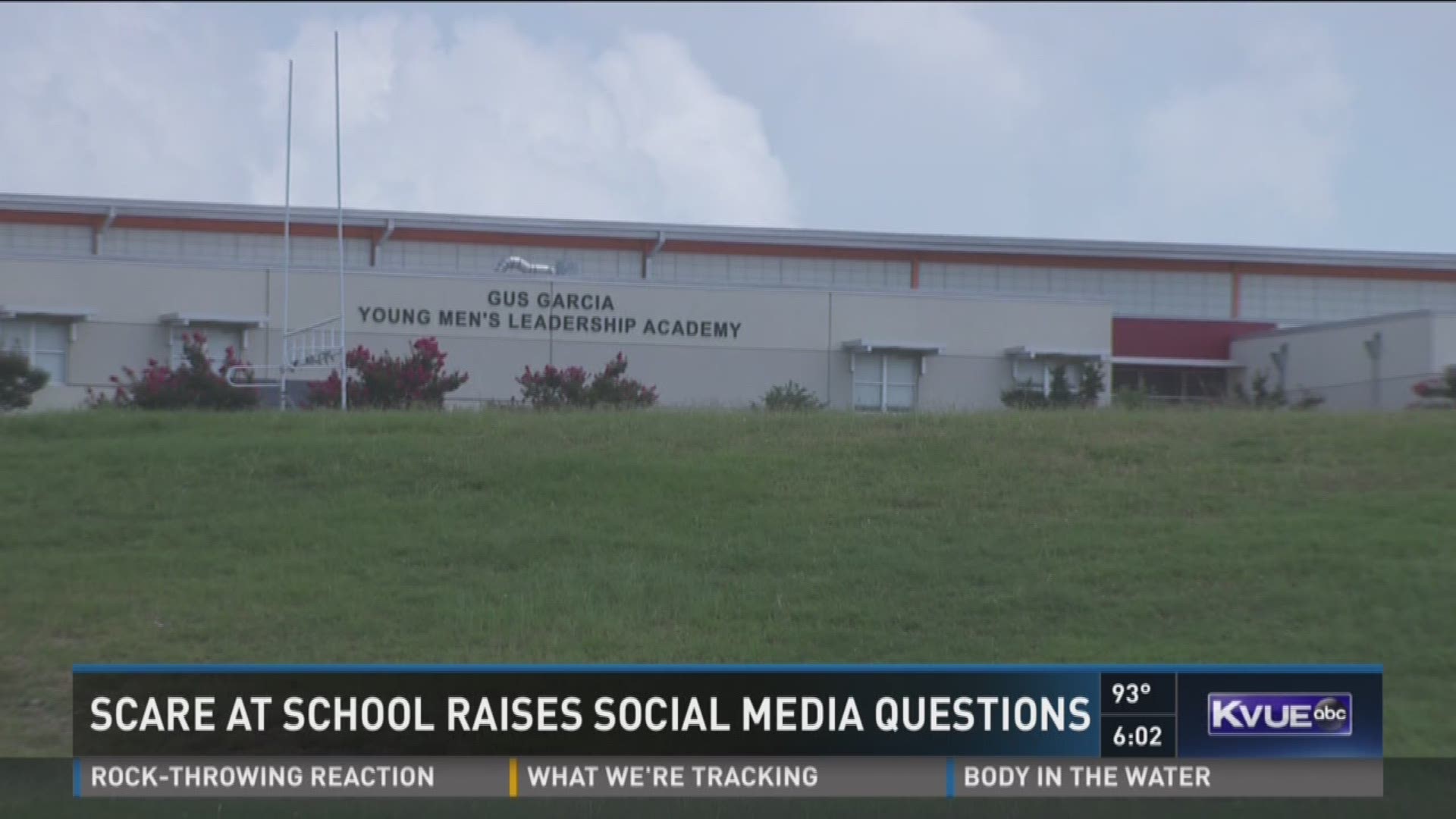 Text messages from some students and teachers at an Austin middle school created unnecessary panic during a lockdown at the campus Monday.

Austin Independent School District police put Gus Garcia Young Men's Leadership Academy under lockdown around 9:30 a.m. after getting a report of students seeing another student with a gun in the bathroom.

Between 400 and 450 students were kept in their classrooms as officers searched the campus.

"They just had an announcement that we couldn't go nowhere and we had to stay in class until further notice," said Davila.

Police also interviewed the student in question and a search dog, specializing in sniffing out gunpowder, was also brought on campus. No weapon was found.

Rico Sanchez was worried about his sister inside.

"With everything that's been going on in Austin lately, I was more worried about my sister," Sanchez said.

But during the hour and a half lockdown, an Austin mother sent KVUE copies of texts she received from her daughter and the sister of a teacher during the lockdown. She said that only added to her concern.

"....they could see him running around with the weapon in his hand..."

"I heard a gunshot."

The third text in all caps read,

None of this turned out to be true, according to a school spokesperson. AISD Police Chief Eric Mendez said technology can be tricky.

Monday's lockdown comes a few days after a similar situation at Lanier High School; a student there reported seeing another student with a weapon on Snapchat.

Even though no weapon was found at Gus Garcia or Lanier, authorities say they wouldn't change how they handled the lock downs. As student safety always comes first.

Mendez said the students who reported the gun won't face disciplinary actions because they want to keep encouraging students to report suspicious activities.

The last day of summer school for AISD is Wednesday.