Originator Studios, a virtual reality developer in Austin, is hoping to bring VR to the masses. 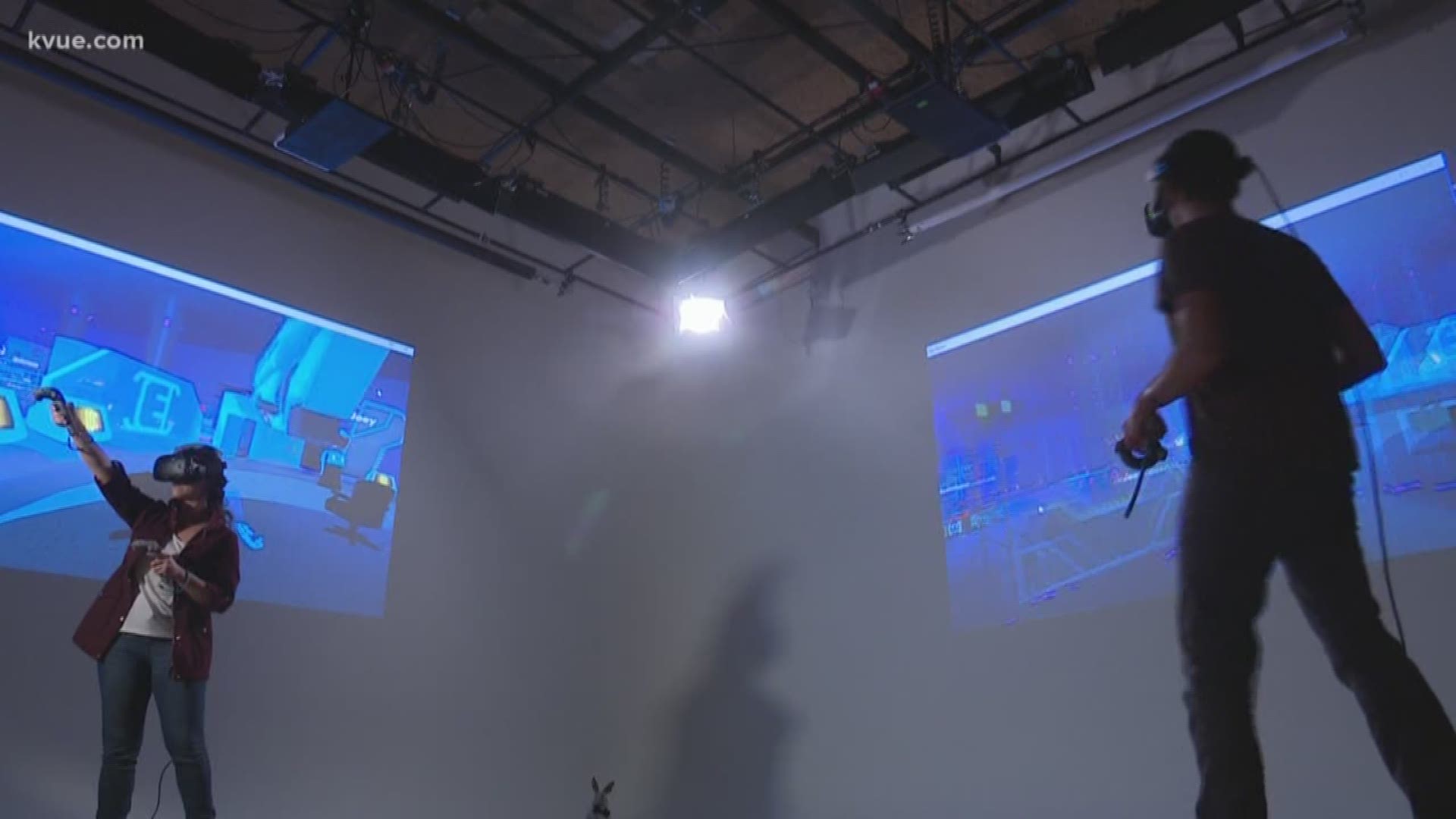 Virtual Reality (VR) games are often a solitary experience. They're meant to transport the user to a different world and give them an experience they can't get in real life.

Derek Gildersleeve and Willie Rockefeller want to take that idea and expand it.

Their company, Originator Studios, has been creating video content in the area for nearly 10 years. More recently, they started developing content for VR and bought a lot of equipment.

"We bought it all," Gildersleeve said, "Expensive computers, headsets and we installed a tracking system in the lighting rig of our studio."

While developing VR content, they started bringing friends and business prospects to their studios to experience the technology.

"There's the jaw-dropping moment, you know," Gildersleeve said, "almost every time a person first experiences it."

Well, Gildersleeve and Rockefeller decided to open that feeling and experience to everyone.

"We thought, why not get some people in here by the hour," Rockefeller said.

"Like, why should only one person get to experience this," Gildersleeve asked. "This is sort of like an arcade."

Their "arcade" is now open in East Austin and open to be rented on their website.

The current rate for one headset is $45 an hour and $80 for two headsets.

"I like to describe it as a karaoke room by the hour except it's VR," Rockefeller said. "You have a bunch of your friends. You can bring beer. You can bring food. It's a great party atmosphere."