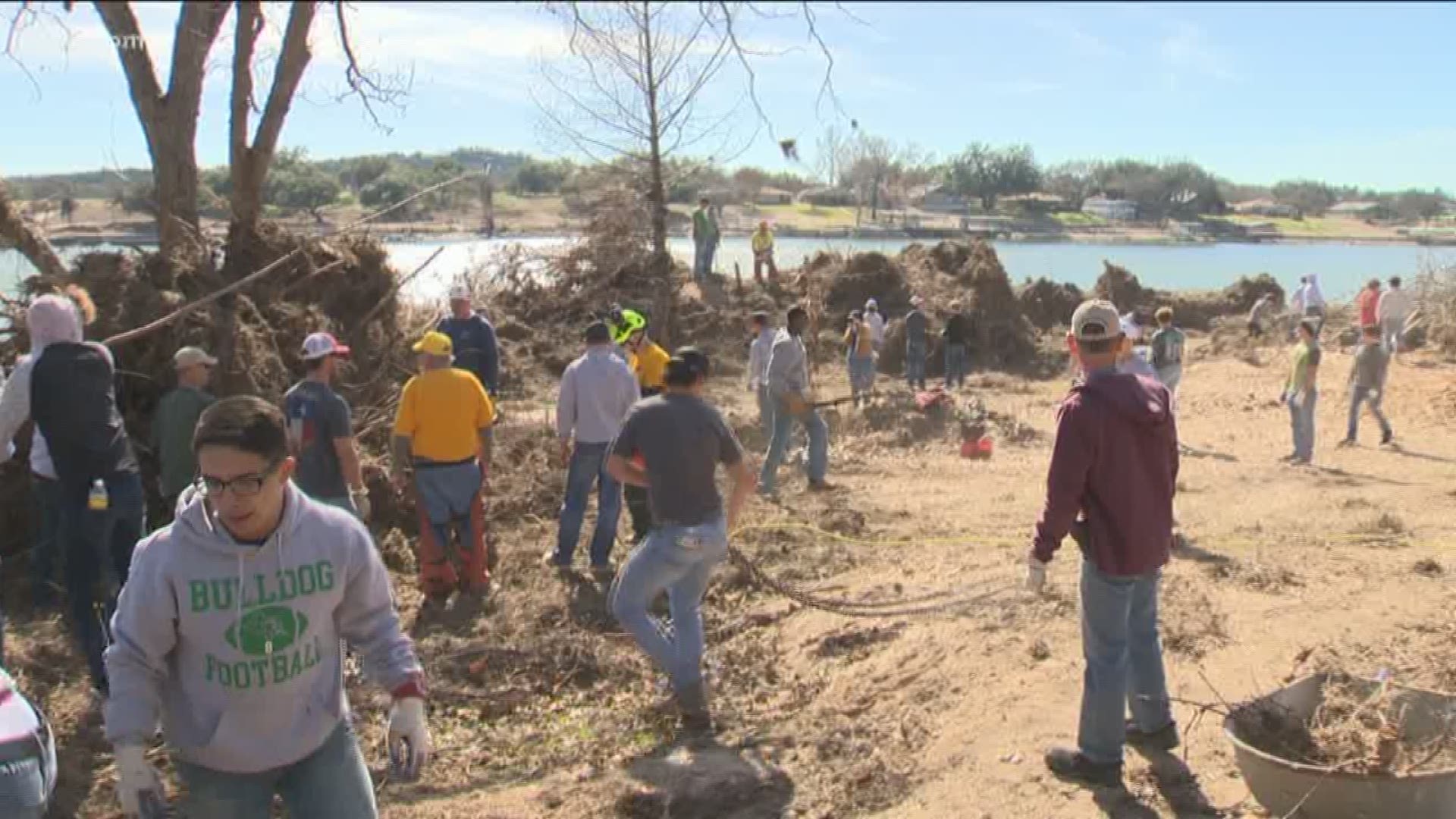 KINGSLAND, Texas — Head coach Jarod Rye said the yard looked daunting as he and his players walked up to their work on Monday.

Rye's team is used to competition, but this time it was a bit different from what the Burnet High School varsity football team usually faces.

"It was just really eye-opening because I never realized how much damage had actually been done to the lakes and all the houses," said sophomore Greyson Barnett.

Barnett, along with more than 30 of his teammates, set out to help remove piles of debris still left over from the October floods.

"We got here about 9:30, and we’ve been working nonstop," said Barnett. "Pulling trees, cutting limbs, throwing them in burn piles. It’s a lot of hard work, but it definitely makes you feel good knowing you’re making a difference."

Braeden Howell, another sophomore on the team, said cleaning up the yard was a lot like playing football.

"It obviously can’t be done by one person, it’s gotta be a couple of people, a team, to do it, to accomplish it. That’s the same thing on the football field," said Howell. "If one person is wrong, it’s not going to turn out good for the whole team. It takes the whole team putting in effort and knowing what to do. Out here, it’s the same. You gotta have the whole team to finish the job."