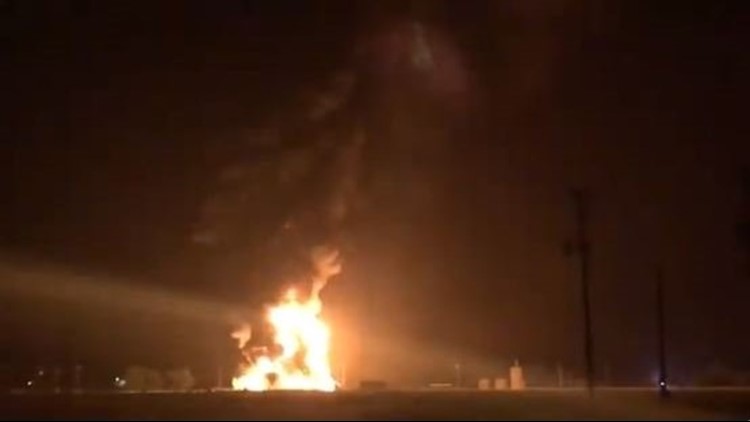 Caldwell County Emergency Management tweeted a video of the fire around 3 a.m.

It happened on FM1322 near Burdette Wells Road.

Officials with the Caldwell County Sheriff's Department said they believe lightning hit the tank, and there were reports of explosions.

According to @CCTXOEM, no injuries were reported. The 4-alarm fire took three hours to get under control.