The case includes the most officers involved in a single deadly critical incident in the Austin Police Department's history. 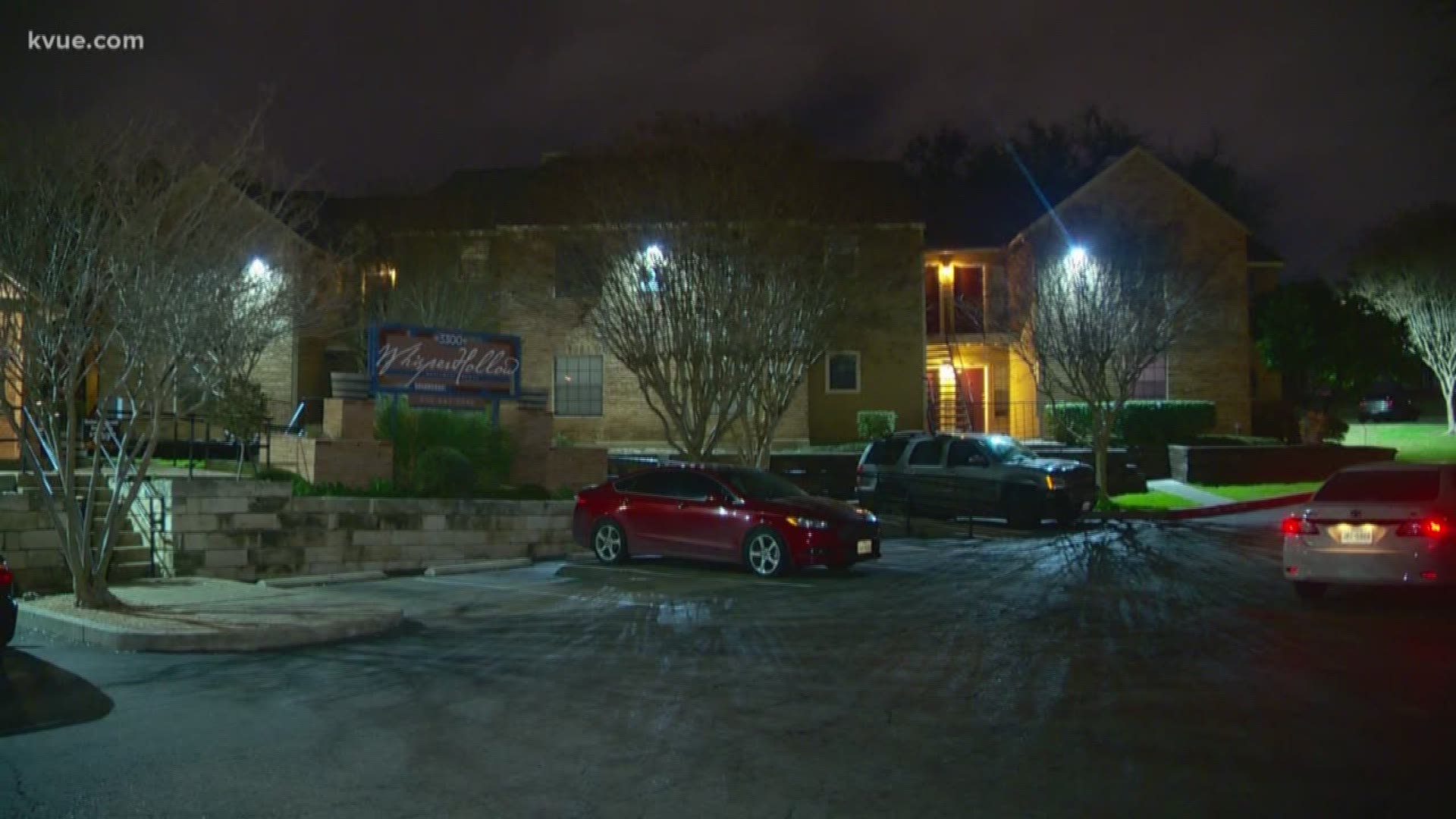 Seven Austin police officers are off the streets Tuesday after shooting and killing a man Monday night.

Police said that a man, identified Wednesday as 23-year-old Thomas Vincent Alvarez, pointed a gun at the officers after he carjacked a taxi and led police on a chase.

Austin Police Chief, Brian Manley, called the situation complex because the crime scene included three locations. It is also complex because it involves seven Austin police officers: the most officers involved in a single deadly critical incident ever, according to the Austin police department.

Daylight revealed several bullet holes on one of the mobile homes near the entrance of the Chateau Onion Creek Mobile Home Community, off Edge Creek Drive in Southeast Austin. That's where neighbors heard a barrage of gunfire Monday night.

Then, a few minutes later, "and then on the second break, it was the same type of barrage -- just boom, boom, boom, boom like that," more gunfire, said Busch-Petersen.

Police said the gunfire was a result of a seven Austin police officers firing their weapons at a man who led them on a chase. They said that same man also carjacked a taxi and may have been involved in an earlier disturbance with roommates as well as a possible kidnapping incident.

Police said the call came in at 5:31 p.m. at the 4800 block of Nuckols Crossing for a disturbance between roommates and reports of a possible kidnapping in the 3300 block of Parker Lane. The suspect at Nuckols Crossing ended up getting in a yellow cab behind the victims, and they all showed up at that address, police said. The caller stated the suspect was possibly carrying a gun.

At 5:39 p.m., police said a high-risk felony traffic stop was initiated on the cab. During the stop, police said the driver got out, and the suspect hopped into the front seat and drove off. The officer remained on scene to question the driver and victims.

A pursuit lasting several minutes led officers to a mobile home community at the 4900 block of Edge Creek Drive, where police said they noticed the suspect was carrying a gun.

Police reported that at around 6 p.m., the suspect stopped at the gates and held the gun to his own head. The suspect did not comply with police commands to drop his weapon, officials said, and eventually began to unsuccessfully ram the gates of the community to get through.

Police said SWAT and negotiators were called to the scene around 6:04 p.m., but by 6:39 p.m., the suspect began pointing his weapon at police.

Minutes later, police fired, after which he was still actively communicating but not complying with commands. At 6:44 p.m., police said they fired again and the suspect became unresponsive.

SWAT officers then secured the vehicle and a tactical medic was called to render aid. The suspect was pronounced dead at the scene.

Busch-Peterson watched most of it go down through her family room window. She said she also heard negotiators try to get the man to give himself up.

"The police called to him several times. We can hear him over the bullhorn," said Busch-Petersen.

"We did all we could to talk the suspect down, to de-escalate the situation, to get him to put his weapon down."

As calmer sounds filled the air Tuesday, Busch-Peterson reflected on the events of the past 24 hours.

"As frightening as it was too, it was just a very sad instance. We will never know what was in that young man's mind that led him to simply not get out of the car," said Busch-Petersen.

Police reported that officials are reviewing body camera video of the incident to make sure all officers were compliant with official policies and procedures. The case will be administratively investigated by APD’s Internal Affairs Unit and monitored by the Office of the Police Monitor. A concurrent investigation will be conducted by the department's Special Investigation Unit along with the Travis County District Attorney’s Office.

Seven officers fired their weapons in the incident, police said, all of whom have been placed on standard administrative leave. Their time with APD are as follows:

According to reports from our news partners at the Austin American-Statesman, police asked teachers at the nearby Perez Elementary School to shelter in place during the incident. Those teachers, who stayed late for a parent-teacher conference, were escorted out.