Officials said the suspect was found a few hours later hiding in an unoccupied trailer. 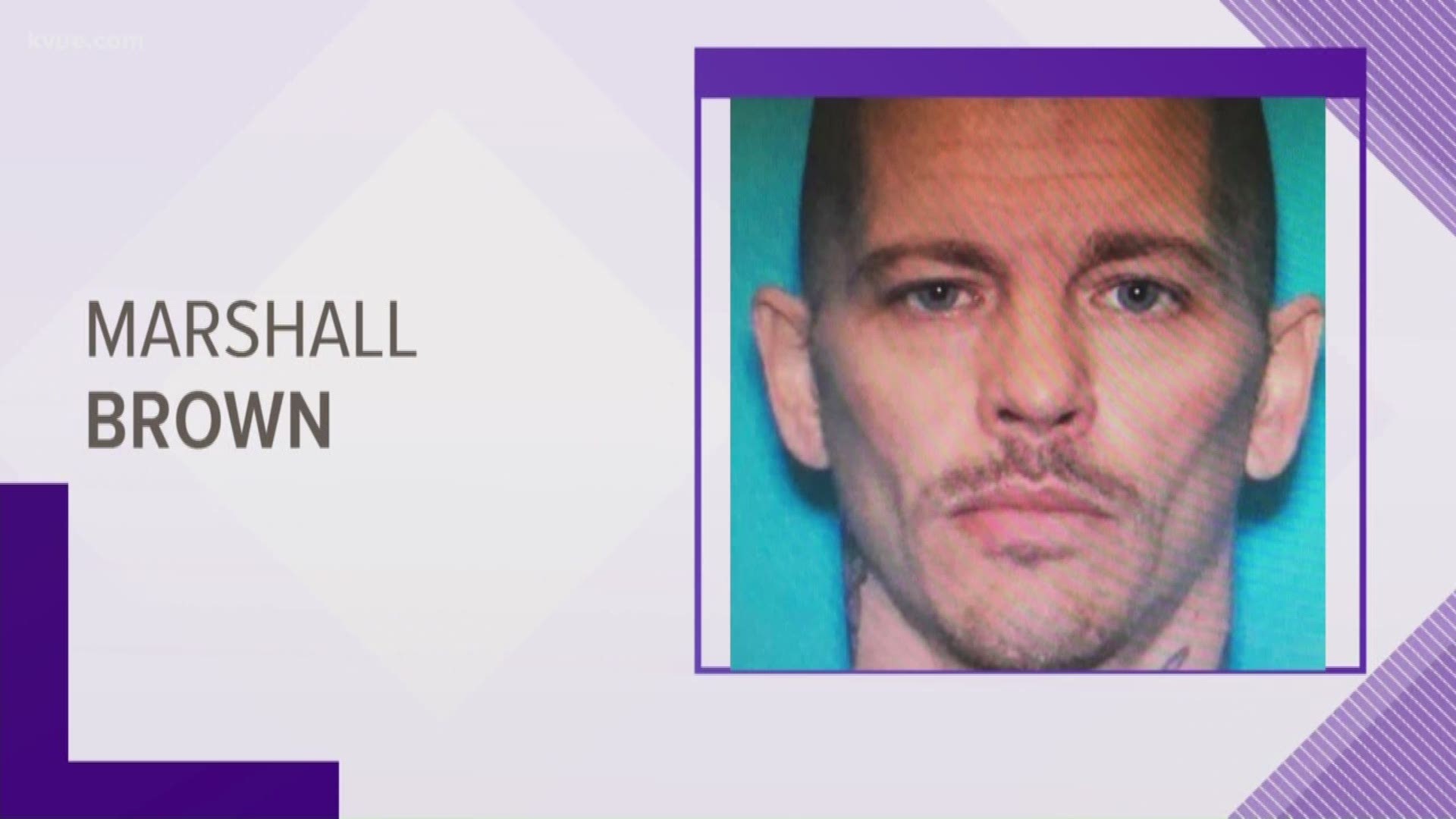 SPICEWOOD, Texas — Editors note: The attached video is from a story about the Travis County Sheriff's Office being denied raises back in September.

There was a heavy police presence Thursday afternoon near a Chevron gas station on Highway 71 in Spicewood, which resulted in the arrest of a confirmed member of the Aryan Circle.

The U.S. Marshals took 43-year-old Marshall Willard Brown into custody for multiple felony warrants around 3:20 p.m. He had been on the run since 2018.

After the task force learned that he had been residing in a house in a rural area off of Highway 71, officials surrounded the home and made contact with Brown over the telephone, ordering him to step outside and surrender. Officials said he refused to comply with commands.

The Travis County SWAT team then came to assist. Upon searching the home, officials discovered that he had escaped the property. After searching for about three more hours, he was discovered inside an unoccupied trailer.

Brown was then arrested without incident and transported to the Burnet County Jail. He was wanted for a parole violation, aggravated assault with a deadly weapon and unlawful possession of a firearm.