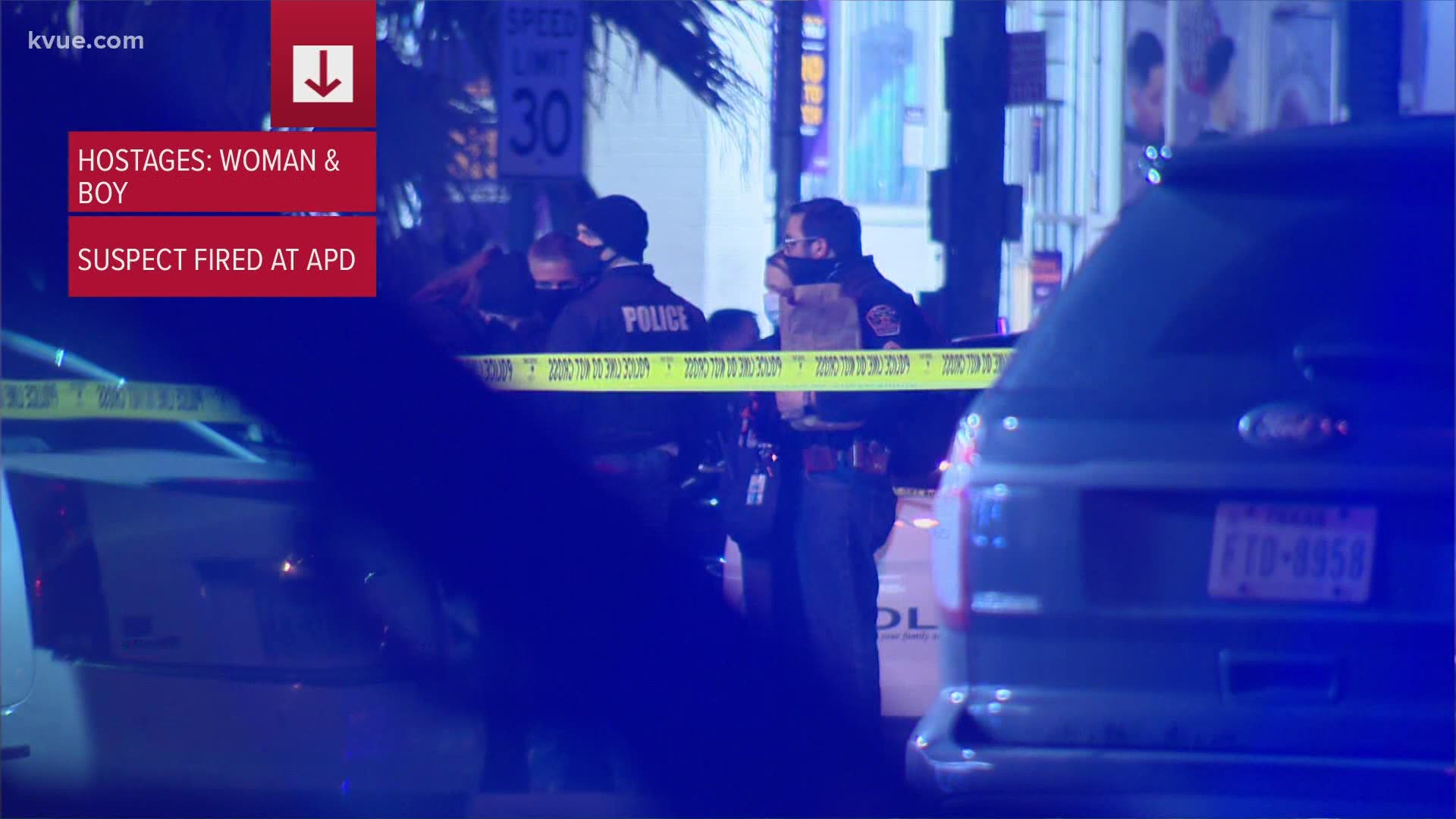 AUSTIN, Texas — A 21-year-old suspect is dead after allegedly holding a woman and a 10-year-old boy hostage in East Austin on Wednesday evening. He was identified as Jordan Walton.

The incident began around 5:20 p.m. at the 2900 block of Rogge Lane after reports of a crash of a car into a home, Austin Police Chief Brian Manley said.

Minutes later, 911 received a call from a woman at another home in the 2900 block of Rogge Lane reporting someone had broken in.

Officers arriving on the scene of the burglary heard a disturbance from inside and forced entry around 5:30 p.m., Manley said. They encountered the suspect, who fired at officers, who then returned fire, according to police. One officer had a minor injury after the exchange but was not shot, while it is unknown if the suspect was hit by the officer's gunfire.

The man then barricaded himself inside the house, holding the woman and boy hostage, Manley said. The Austin SWAT team was called in and attempted to make contact with the suspect.

At one point during the standoff, officers reported seeing the 10-year-old open a door in an attempt to lure officers inside.

At 6:17 p.m., the suspect came to the door, holding the child in a "hostage-like" position. A SWAT officer then shot the suspect, who was pronounced dead on the scene. The two hostages were safely rescued and brought to medical attention, according to Manley.

Police said the suspect had no connection with the victims or the home he broke into.

As part of standard protocol, the two officers who fired their weapons were put on administrative leave as an investigation is conducted by the APD Internal Affairs division and the Office of Police Oversight. The responding officer, Jeffrey Hutchison, has been with the department for eight years, while the SWAT officer, Ryan Nichols, has been with the department for 13 years. The officers have since returned to full duty.

Police said footage of the incident will be released no later than June 4.

It's back! McDonald's gives in to requests, announces the return of HI-C Orange