Neighbors in the Milwood neighborhood have Ring camera video of what appears to be the same woman stealing deliveries from their porches. 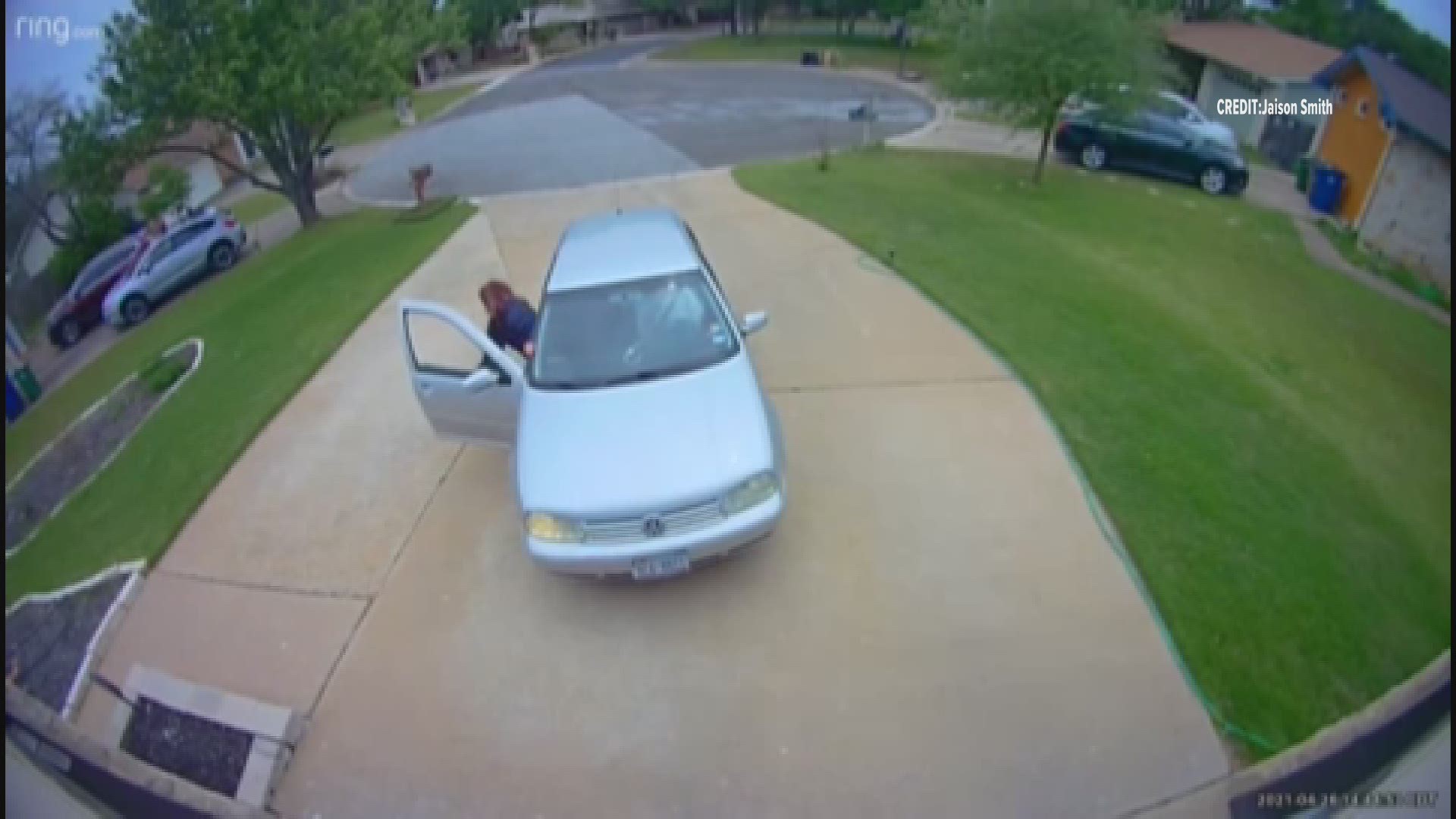 AUSTIN, Texas — People in the Milwood neighborhood in northwest Austin have been dealing with what could be a serial package thief.

"A woman had walked out in a short skirt, heels, walked to my front door, picked up the package, tucked it under her jacket and got back in her car. I've never seen anything like that before," said theft victim Jaison Smith.

Smith's Ring camera caught the suspected thief taking his Amazon package on Tuesday in broad daylight. He said during their five years in the North Austin neighborhood, this was a first for the Smith family, but after posting the video on Nextdoor, it seemed it wasn't the first – or last – for the suspect.

"We have kind of pinpointed that this perpetrator is still going around," said Smith. "In fact, there's another post yesterday with the Nextdoor three streets down from us – same car was identified."

Underneath the posts made by Smith, other neighbors are claiming they too were victims of porch theft this week from a woman with the same description.

"We're at a loss on how to take care of this," said Smith. "Even if we find these perpetrators again, if they're willing to do this in the middle of the day, we don't want to approach them. They could be dangerous."

Austin police said they are investigating multiple thefts in the area but couldn't say exactly how many. The department did say the woman in the videos appear to be the same woman in other cases.

Smith said it was his new camera she stuffed under her jacket, but he is making sure he won't get hit again.

"So if the porch pirate comes back, my dog has actually made them a little gift here," said Smith as he held a small brown box.

If you have any information on these thefts, call 311.