Deputies said they found two fluid containers that hold 275 gallons each in a "customized" van. One of the containers had $800 worth of gas, according to police. 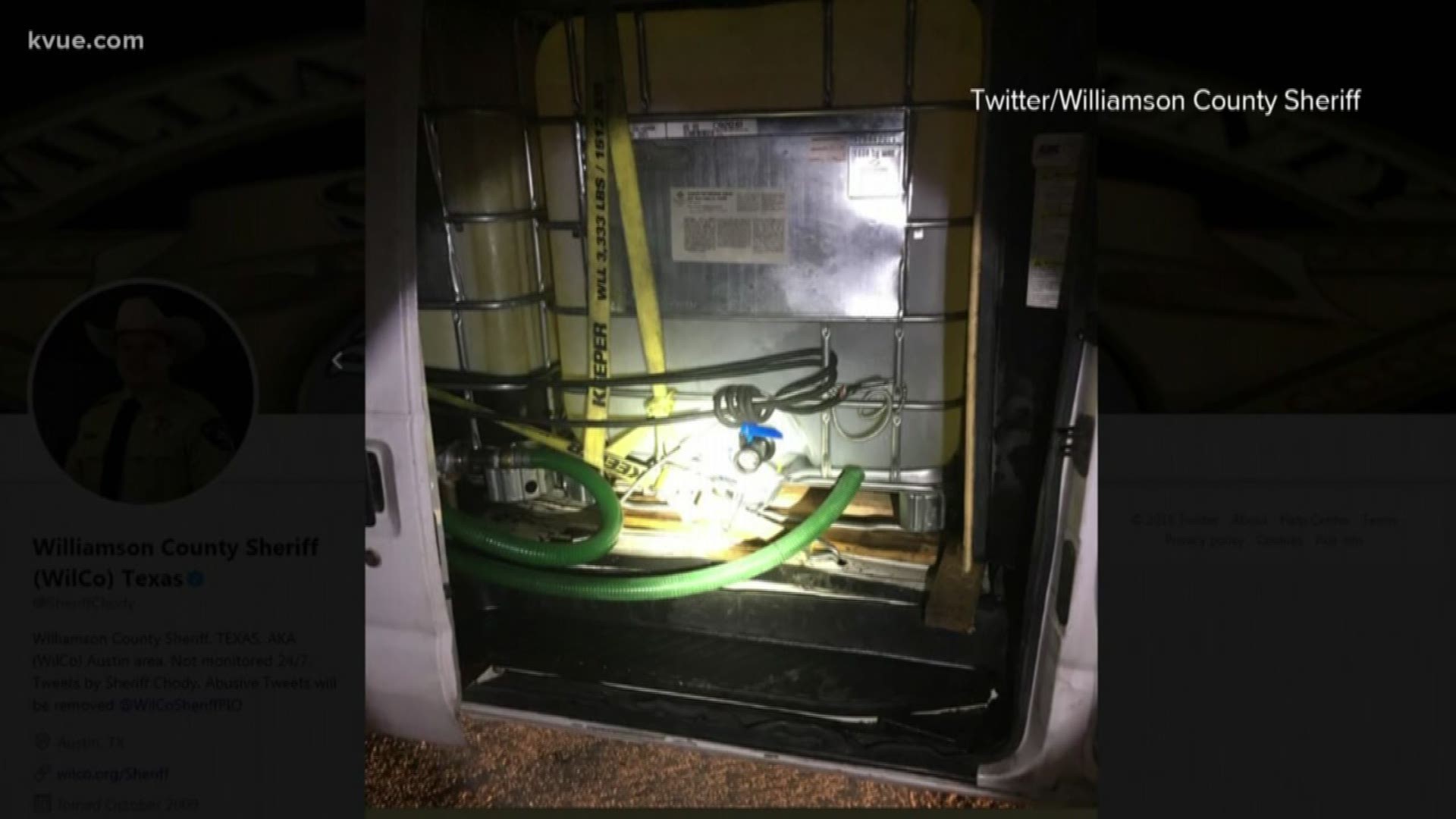 WILLIAMSON COUNTY, Texas -- The Williamson County Sheriff's Office has arrested a suspect who allegedly stole at least $800 of gas from underground fuel tanks while a business was closed.

WCSO said on Sunday around 12:40 a.m., deputies responded to a call regarding a burglary in progress in the 308 block of United States 79 in Thrall, Texas. The caller reported that he saw, through security cameras, people at the Dutchess gas station stealing fuel in a white van, according to deputies.

Williamson County Sheriff Robert Chody said the suspect was stealing fuel from underground fuel tanks while the business was closed.

When deputies arrived, they allegedly found a white van leaving the gas station and initiated a traffic stop.

During the traffic stop, deputies detected a strong odor of fuel and found two fluid containers, several hoses and an electric pump inside the van, according to WCSO.

Deputies said the fluid containers hold 275 gallons each and one of the containers was full of fuel. The estimated value of the fuel in the container is around $800, according to deputies.

The suspect -- who has not been identified at this time -- was arrested and booked into the Williamson County Jail for theft.

Chody tweeted the dash cam video of the incident.

This is an ongoing investigation. Anyone with information regarding this case is asked to call Detective Robertson at 512-943-1932 or drobertson@wilco.org.