Rodney Reed was convicted in the rape and murder of a Bastrop woman in 1996. His supporters say Reed is innocent, and that her killer was her fiance at the time. 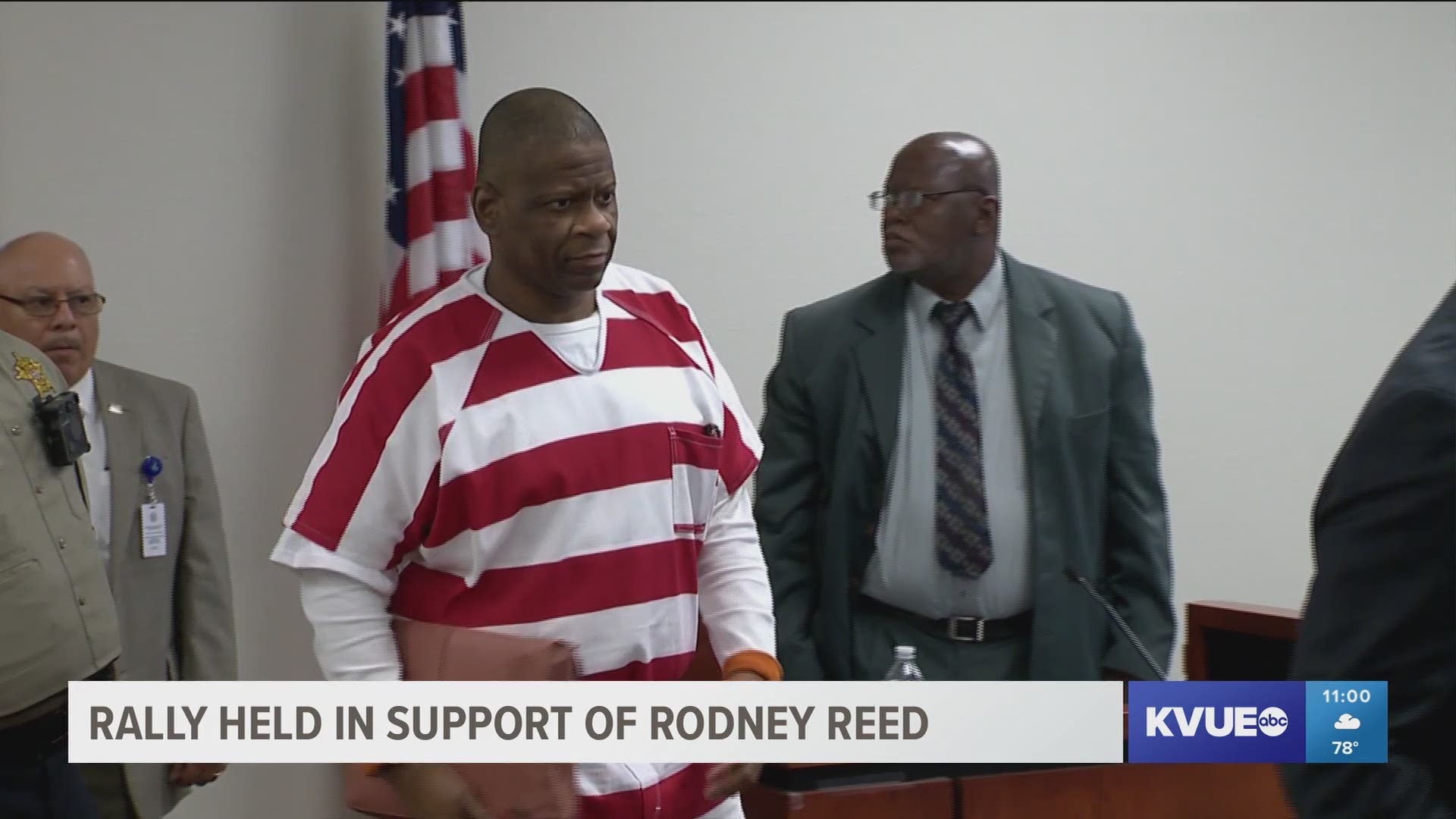 BASTROP, Texas — The fight continues to spare the life of a death row inmate in Texas.

Rodney Reed's supporters believe he didn't kill Stacy Stites in Bastrop back in 1996. They rallied in Bastrop Sept. 8 to show support for an appeal that Reed's attorneys have filed with the Texas Court of Criminal Appeals.

The group believes Stites' real killer was her fiance, Jimmy Fennell, who was a police officer in Georgetown at the time of her rape and murder. He has since been let go from the force after he was convicted of raping a woman while on duty more than a decade ago. He is out of prison now.

Supporters of Reed say the evidence points to one man, and it isn't Reed.

"I'm not asking for sympathy. I'm asking for empathy, integrity, justice. That's all. And if I got those three, my son would be home," said Sandra Reed, his mother.

She said she and Reed are hopeful about the case. His mother said people from all over the world have reached out to show their support.