A new program will teach kindergarten and 1st graders how to be prevent skin cancer. 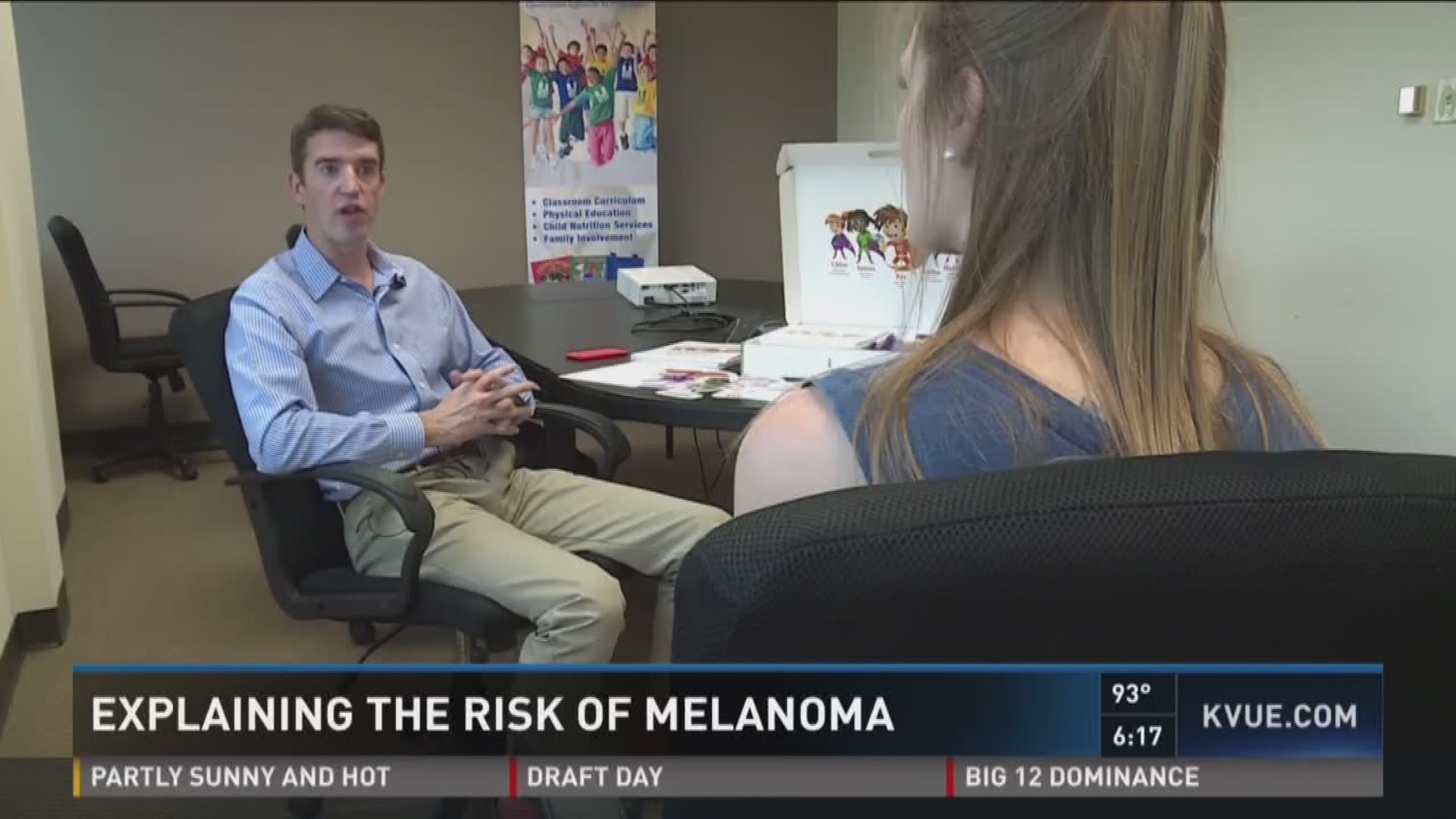 Even one sunburn as a child, doubles the risk of melanoma, the most deadly type of skin cancer.

A new program in some Texas schools – including Round Rock ISD --- wants to prevent that from happening.

Chris Sawicki takes his grandson Thomas outside to play almost every day.

"I always make sure he wears his hat because he's very fair skinned,” said Sawicki.

Sawicki said they also load on the sunscreen.

"You don't want to be one of those later on who gets skin cancer you can't come back from,” said Sawicki.

The non-profit CATCH, or Coordinated Approach to Child Health, created the program Sunbeatables as part of their partnership with MD Anderson.

"Skin cancer is very preventable, there are things that are well known that you can do,” said Executive Director Duncan Van Dusen.

Ken Davis agrees, and wishes he would have had the knowledge as a child.
During a routine checkup last year, doctors diagnosed him with melanoma.

"I was out of action doing the things I really like to do, running, and walking the dog and playing tennis for about 12 weeks,” said Davis.

Doctors removed skin from his nose and arm.

“The foundation for this was years ago, I've been very careful for the last 10 years,” said Davis.

"The cells don't forget that 50 years ago, 60 years ago, you were out playing in the sun without any protection what so ever,” said Davis.

Some preschools already use the program, but now Kindergarten and 1st graders in Round Rock schools will learn the skills.

HOW TO BE SUN SAFE:

WHAT TO LOOK FOR:
According to the American Cancer Society, Skin Cancers show up in different shapes and sizes. Look for an area that has recently appeared or changed.

Basal and Squamous Cell Cancers are usually found in areas that get a lot of sun like the head, neck and arms.

Possible signs and symptoms of melanoma:

Some melanomas do not fit the rules described above, so it’s important to tell your doctor about any changes or new spots on the skin, or growths that look different from the rest of your moles.

Other warning signs are: