According to a study by ApartmentList.com, around half of the renters in Austin spend 30% or more on rent. 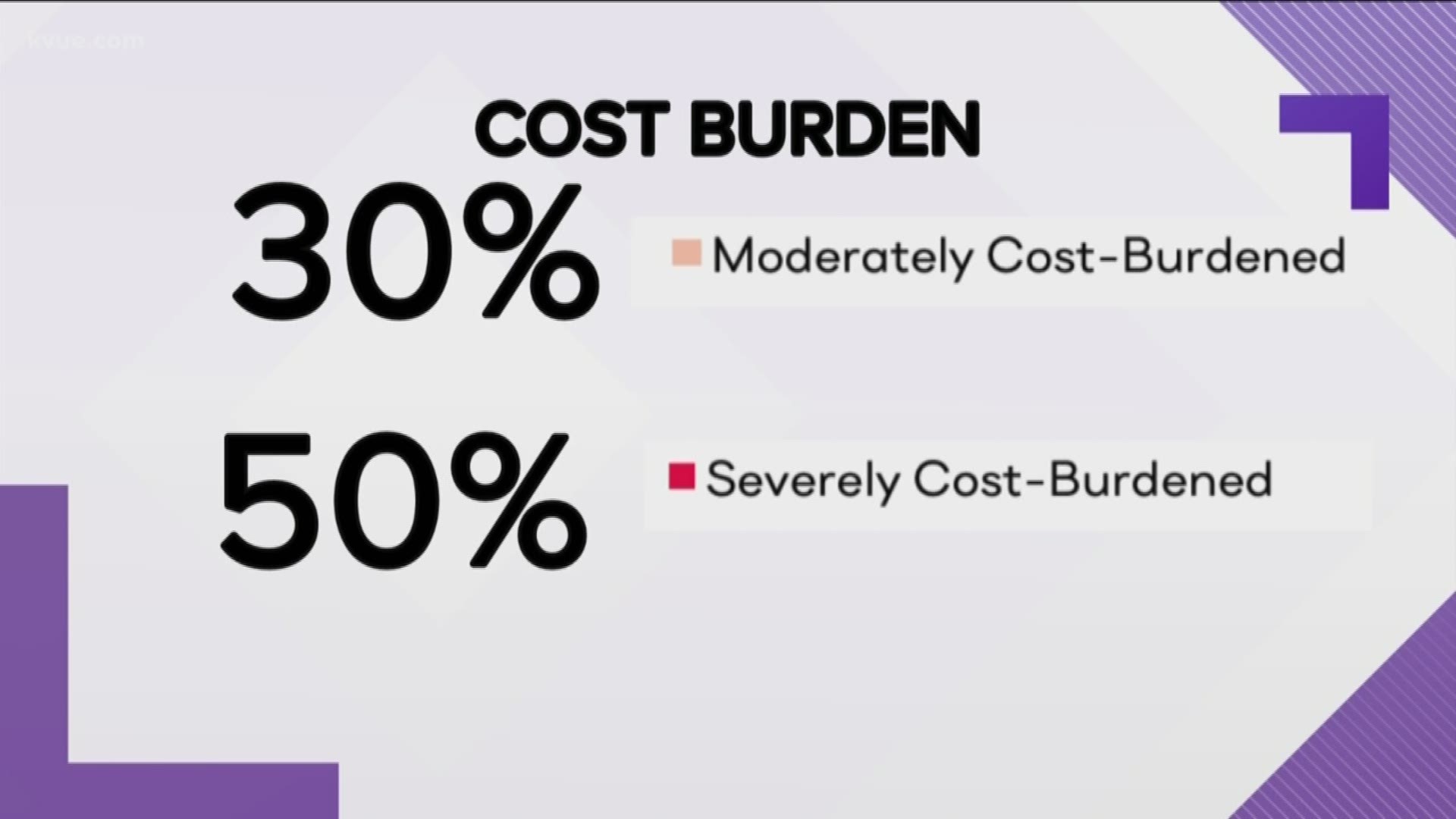 AUSTIN, Texas — A new study shows that around half of the people in Austin spend at least 30% of their income on rent. While that may seem like a lot, a local expert said there's a good chance we're doing alright.

Austin's an expensive city where rents just keep going up.

"When I hear some of my friends talk about how much they're paying in rent, I am baffled at how they're keeping up with it," said Marvin Coombs. "It just snowballs and your income isn't catching up."

Coombs is just one example of a person whose rent is rising and it's taking more and more of his income.

In Austin, around 50% of renters (49.3%) like Coombs spend at least 30% of their income on rent. That's according to a study put together by ApartmentList.com. 30% of income is what experts generally say is the top limit of what you should be spending on rent. That level is called "cost burden." 30% is moderately cost-burdened, while 50% is considered severe.

But if you look at the chart above, you'll see more than just colors. Austin is right on the national average line, but in the upper right. That means that while rents are rising, salaries are matching that growth. This chart is actually the percentage growth change since 2008.

"Even in a case where it might be 50% of someone's income ... because incomes continue to rise," said Matt Menard, a local real estate broker. "They still have a pretty good amount of residual income for a nice lifestyle.

Menard said that while we're at the average now, it could become unbalanced.

"While our job market continues to tighten and we grow more jobs, salaries will increase but maybe not quite as fast as rent," said Menard.

As for Coombs, he feels that the growth is only going to continue and more and more people will be priced out.

"And it's only growing," Added Coombs. "Businesses keep coming here."