'He was a very inspirational guy' | Family, friends honor victim in street racing crash with vigil

On Wednesday night, 18-year-old Fabian Morales died in South Austin. Police determined Morales and Jorge Dominguez were street racing at the time of the crash. 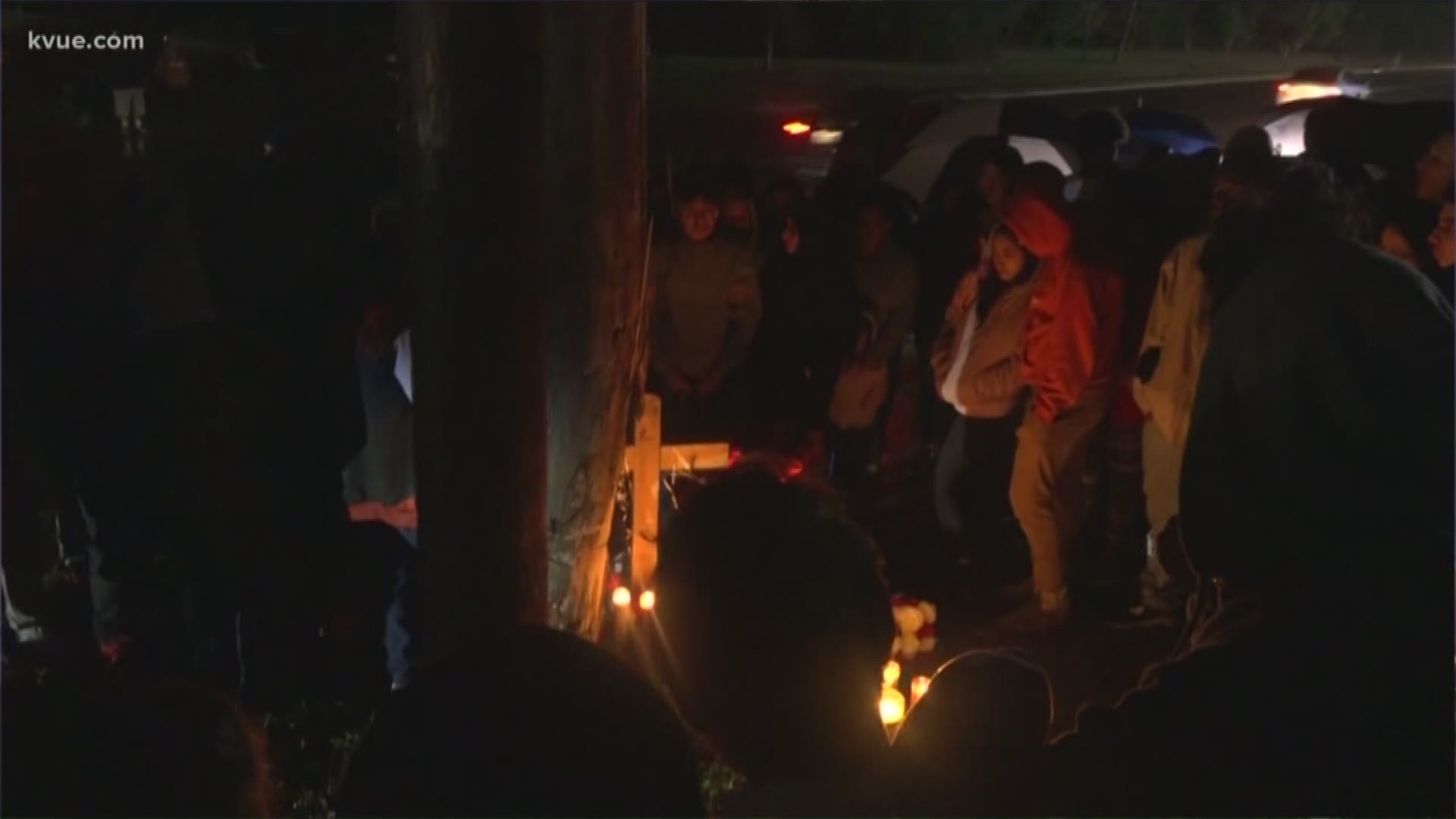 Family and friends organized a vigil to remember Morales, bringing candles, flowers and a homemade cross to the site of the crash. Many stood in silence, while one friend had brought a speaker to play music Morales liked.

When Morales's family arrived, they started crying at the sight of the memorial.

Vigil worked with Morales at Sonic Drive-In about two years ago. Since then, they spent time together three or four days a week, according to Vigil.

"He could be having the worst day you can imagine – that man would always come at you with his huge smile on his face," Vigil said. "You feel that warm positivity radiating off that man."

Another friend of Morales, Bryan Quesada, got choked up multiple times when bringing up memories of Morales.

Quesada added Morales had been saving money to make life changes this year. Morales turned 18 on Dec. 26. According to Quesada, Morales had moved on to his third car, a passion they both shared.

"Sitting back, just chilling, and we would all just crack jokes and just look at our cars, that's all we would do," Quesada said.

After Morales died in the crash, family and friends set up a GoFundMe to help pay for funeral expenses. If you would like to donate, you can do so here.

Former 'Teacher of the Year' takes knee at National Championship