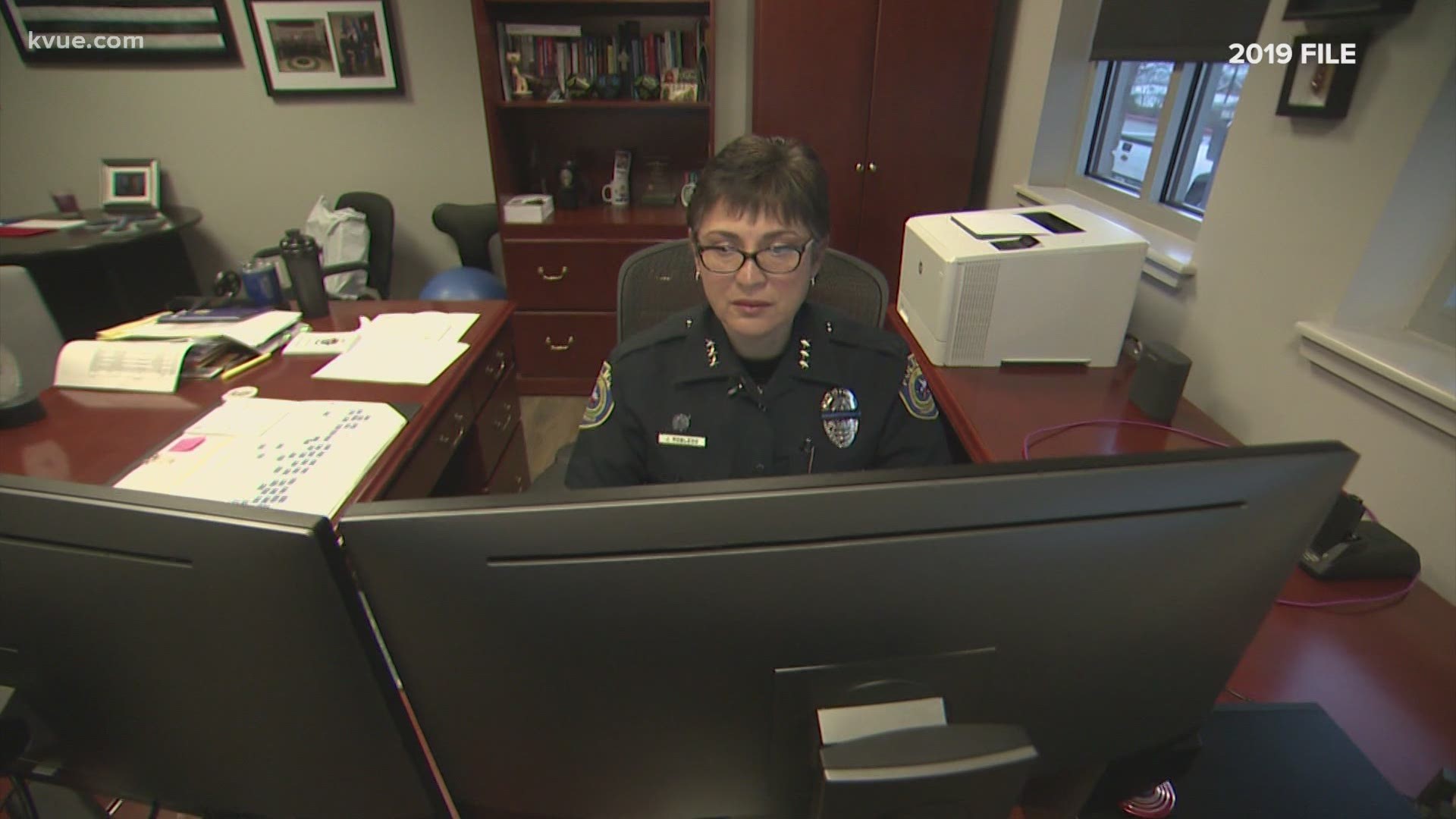 PFLUGERVILLE, Texas — The City of Pflugerville is in the process of searching for its next police chief after former chief Jessica Robledo left the position earlier this year. A recent article in the Austin American-Statesman took a closer look at the job Robledo did while leading the department and what effects her decisions had.

Bryan Mays: You spoke with a former Pflugerville police officer who worked for Robledo who said the chief came in like a tornado. He says she destroyed reputations and futures without a second thought. How did he say she did that?

Rebeccah Macias: "So, he really did just kind of go into it, really by describing, you know, she came in and he was excited for the change. He was excited for the new changes that she was going to bring, as he was very familiar with her background and leading the Austin Police Department. And he really just described it as she came in and tried to bring a lot of new change. And I think a lot of that change just really wasn't something that he was expecting. And it just really, just didn't really have sort of the understanding of knowing how she really wanted to go about bringing this change and not really communicating that with the officers in the department."

Mays: It sounds like the communication problem was an issue. And it also sounds like Chief Robledo was faced with some resistance from the time she took office. That was back in 2017. Did you find that to be the case?

Macias: "So, I think a lot of it really was just with the reports that were given to us. So we had – there was, I think, two reports that were given that the City had launched and they were internal surveys with the department, one of them being a 42-page report that was done where officers gave their responses anonymously. And a lot of that was really kind of speaking towards the behavior and some of the actions that they saw Chief Robledo really displayed during their time working in the department."

Mays: Was that report you mentioned, the 42-page report, was that ultimately what led to Robledo leaving the position with the Pflugerville Police Department?

Macias: "That I am not entirely too sure. The City really wasn't very direct as far as that being the ultimate reason why she kind of announced her retirement when she did in February. But essentially that report was done at the end of December of 2020. And then it wasn't until there was an executive session with Pflugerville City Council that kind of ultimately discussed her severance. And then that very next day, Feb. 23, was when Robledo announced her retirement."

Mays: The Pflugerville mayor and the Pflugerville city manager did not comment to you for this story. What does that say to you and what's the current situation among city leaders and members of the department there in Pflugerville?

Macias: "I think a lot of it really just has to do with, I think, they just really want to move forward and just kind of close that chapter of what has taken place for the Pflugerville Police Department and just kind of really focus on finding the new chief. So that's just kind of what that said to me. But, I mean, a lot of it really just came to it being that these reports really spoke more to itself. And a lot of the officers that I spoke with for this story that really just kind of spoke out about what they witnessed and what they saw during their time working under her. And so, I think now, really, ultimately, they just want to move onto the next thing for them."

VERIFY: Texas is not 'very close' to herd immunity from COVID-19