You have a better chance of winning the lottery than spotting a mountain lion, a game warden told WFAA. 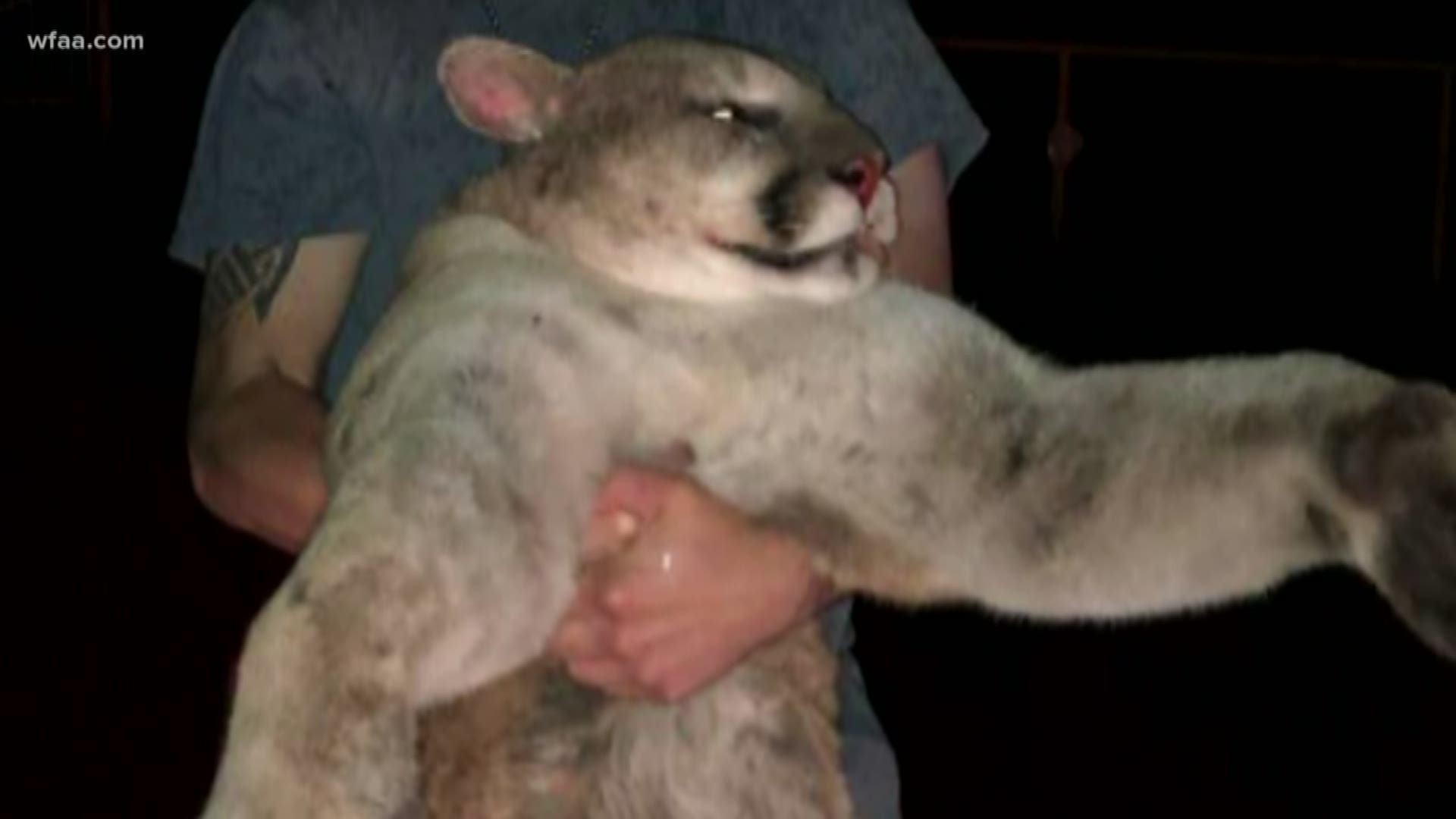 MINERAL WELLS, Texas—The Texas Parks and Wildlife Department will be taking a closer look at a mountain lion killed this week on State Highway 337, just north of Mineral Wells.

On Wednesday, a Graford High School student was driving home from basketball practice when he hit the giant cat while it was crossing the road.

After the accident, Palo Pinto County Game Warden Matt Waggoner was called to the scene to collect the animal.

Some might think seeing a mountain lion is a common occurrence in Texas, but it’s not. Confirmed sightings are usually in far West Texas and in southwestern parts of the state near the Mexican border.

“I’ve seen a lot of country that no one has ever seen, but I’ve never seen a mountain lion,” Waggoner said. “He was a mature male, and I’d estimate he was about 200 lbs. just massive.”

Waggoner says you have a better chance of winning the lottery than spotting a mountain lion.

"You odds are that slim," he said.

A biologist with the Texas Parks and Wildlife Department backed that up and said that a mountain lion hasn’t been captured or killed in Palo Pinto County in at least 15 years.

So how did the giant cat get all the way out here in North Texas?

Biologists with the state will perform a necropsy on the animal soon to answer that question.

They will study samples from the animal’s hair and tongue to find out where it came from, how long it’s been roaming in Palo Pinto County, and if it’s connected to other mountain lion populations in the state.

Those biologists will also be looking at the animal’s stomach to see what it’s been eating. Findings from the necropsy could also help the state better understand how mountain lions move through Texas.