A Pflugerville father of three is now recovering at home after being shot multiple times in the Midland-Odessa incident. 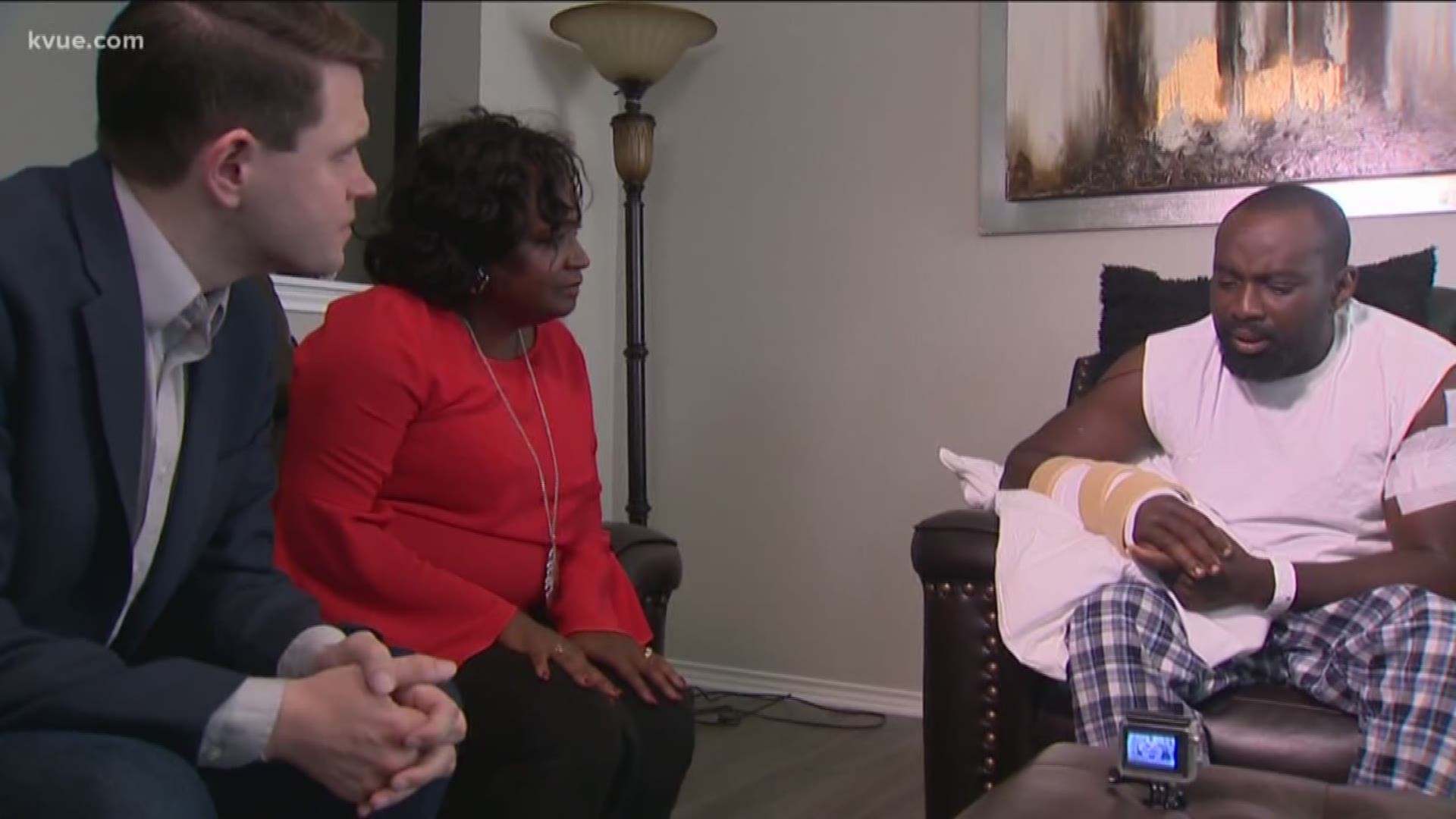 PFLUGERVILLE, Texas — A Pflugerville father is thankful to be surrounded by his family after he was shot several times in West Texas a little more than a week ago.

Efe continues his recovery with his wife, Ivie, and three children: 5-year-old Isabella, 3-year old Zoe, and 2-month-old baby boy Efosa – all the same people he thought of after he was shot and left for dead.

"When I was laying down there fighting for life," Efe said.

State Rep. James Talarico's office reached out to KVUE's Jenni Lee after we aired a story featuring Efe's wife and children on Sept. 3. He wanted to know how he could help.

That's when he looped in his colleague, Rep. Sheryl Cole. Together, they are doing what they can because this family has a tough road ahead.

Visitors are the norm at Efe's home these days. But, on Monday afternoon, the new faces just so happen to belong to elected officials.

Reps. Talarico and Cole scheduled a special meet-and-greet. They wanted to see how their constituent was doing after he was shot a little more than a week ago.

"I can't really breathe well, the bullet fragments are in my lungs ... saw my hand blown off, my wrist was kind of shattered. Like bones and everything. Like pieces of meat with bone, just shattered," said Efe.

To honor what Efe and the family have been through, the representatives presented him with a flag that flew over the Capitol.

"I think it's an important symbol of what this state owes to Efe and to this family and hopefully a symbol of the commitment to make sure that this doesn't happen again," said Rep. Talarico.

Representative Cole is taking it one step further. She's asking the public to talk to their state representatives.

Reports: 6 officers who stopped Dayton gunman to get Medal of Valor from Trump

Meantime, Efe said it will take eight months before he's able to move his right wrist at all. But that's just the physical wounds.

And that's why the representatives made a plea for mental health help and other ways to help for this family in a Facebook Live on KVUE's Facebook page.

They recognize the trauma this entire family has been through and will go through for a long time to come.

After his wrist is healed, he begins physical therapy begins. He doesn't know when he can go back to work.

If you'd like to help the family, they are looking for childcare for the three-year-old and home health care to help Efe. You can also donate by clicking here.