Lisa Kiehl in northwest Austin sent a video to KVUE showing a string of lights moving across the sky. 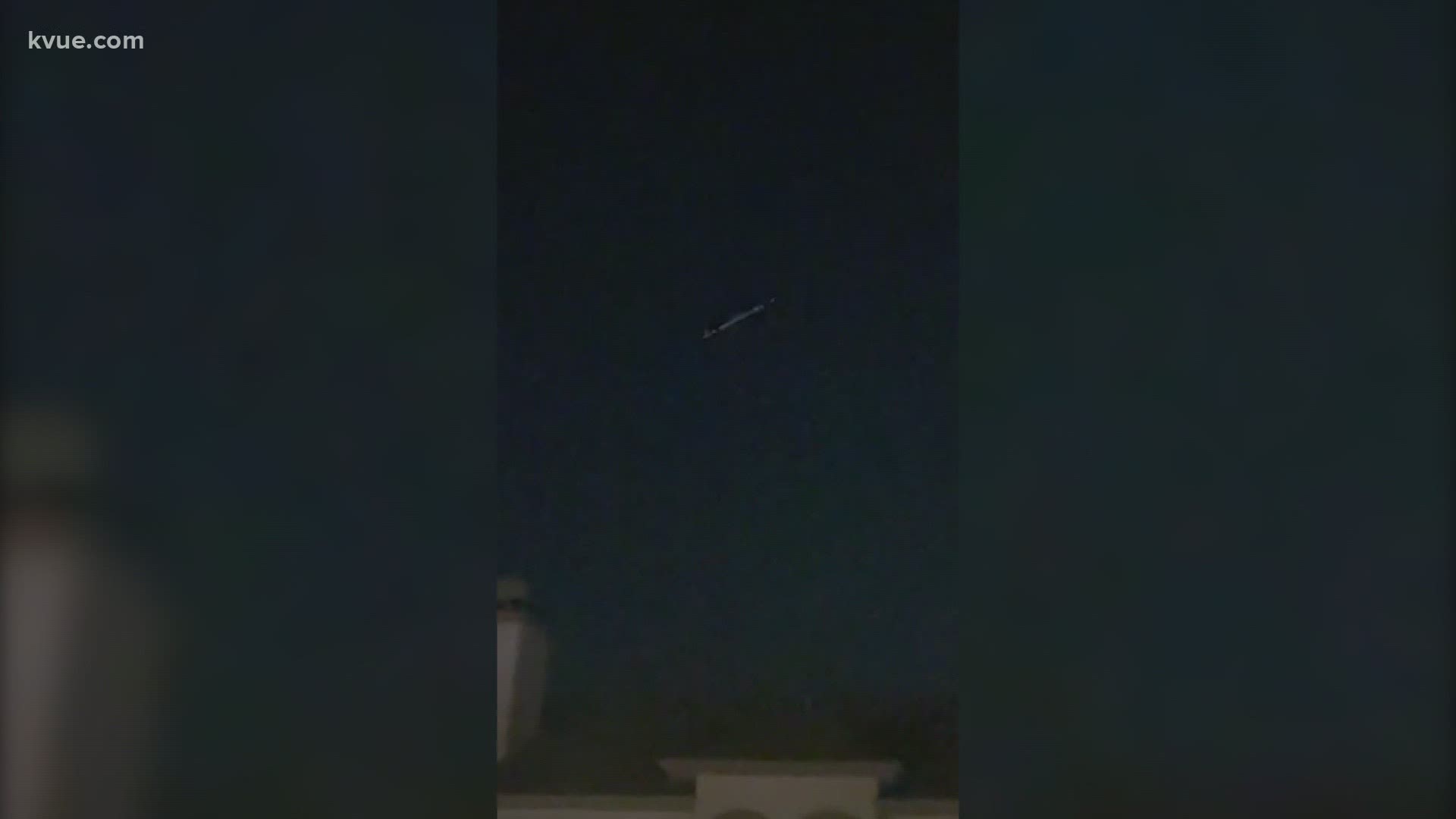 AUSTIN, Texas — Lights were spotted trailing through Austin's night sky on April 7, and it's believed they were Starlink satellites from Elon Musk's SpaceX.

She said she believed the lights were Starlink satellites over Austin.

On Wednesday, April 7, SpaceX launched 60 Starlink satellites from Cape Canaveral Space Force Station in Florida. You can watch a replay of the launch here.

According to Space.com, the SpaceX constellation will not be complete until approximately 42,000 satellites are in orbit. SpaceX isn't the only company with mega-constellation ambitions. Both Amazon and OneWeb, headquartered in London, plan to establish large networks of broadband satellites in low-Earth orbit as well.