Construction workers told KVUE's Kalyn Norwood that the man was throwing things from the top of the crane. 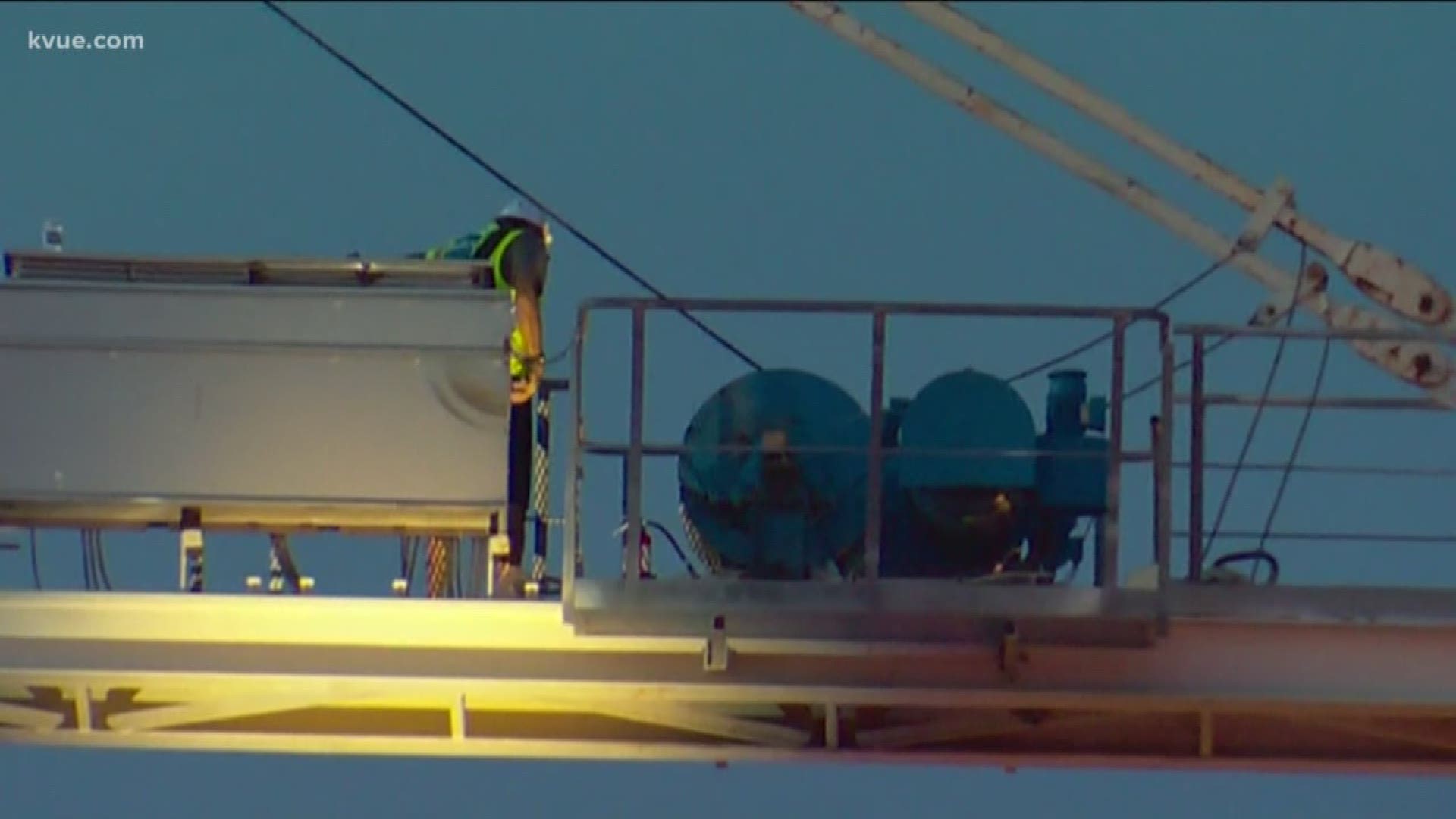 AUSTIN, Texas — A man who was arrested after climbing a crane in South Austin, causing heavy traffic Monday morning, has been charged with criminal mischief and possession of a controlled substance after police say they found methamphetamines in his backpack.

Austin police said it all started with a 911 call about a fire at the construction site on South Congress Avenue between James Street and Academy Drive at 4:40 a.m.

The Austin Fire Department found two palm trees lit on fire when they arrived, according to an affidavit obtained by KVUE.

Shortly after, police said the Austin Fire Department noticed a man on top of a crane. Firefighters, Austin Police Department officers and medics with Austin-Travis County EMS were at the scene trying to get him down, AFD said. At around 8:30 a.m., the man was seen climbing down from approximately 100 feet.

Construction workers told KVUE's Kalyn Norwood that the man was throwing things from the top of the crane. The workers said it was likely he was throwing tools.

Credit: Austin PD
Cameron Greer, 38, is accused of getting to the top of a crane in South Austin before yelling and throwing things from the top.

The AFD said the man – identified by police the following day as 38-year-old Cameron Greer – was placed into custody after he was evaluated by medics. He was placed under arrest by SWAT.

When asked about the palm trees, Greer said he did it because he thought someone was trying to kill him and that lighting the palm trees was his way of "signaling" for help.

There were six palm trees that were burnt, causing $3,800 in damage, according to the affidavit.

Officials then searched his backpack, in which a glass pipe with burnt residue was found. Court documents state a pill bottle with Greer's name on it containing a crystal-like substance was also found inside, which later tested positive for methamphetamines.

WATCH: Man climbs on top of crane in South Austin before yelling and throwing things

Parts of South Congress Avenue were closed off for about four hours as first responders worked to get him down. Between James Street and Academy Drive, the road was closed, according to authorities. The incident also caused construction to halt at three nearby construction sites.

Police said the man was not an employee for that construction site. They believe he could have had an emotional crisis. Police also charged him criminal trespass, as they say he climbed a 6-foot chainlink fence surrounding the chain that had several "no tresspassing" signs posted.