APD said it received calls about a person with a weapon in the Travis Country neighborhood on Wednesday morning. 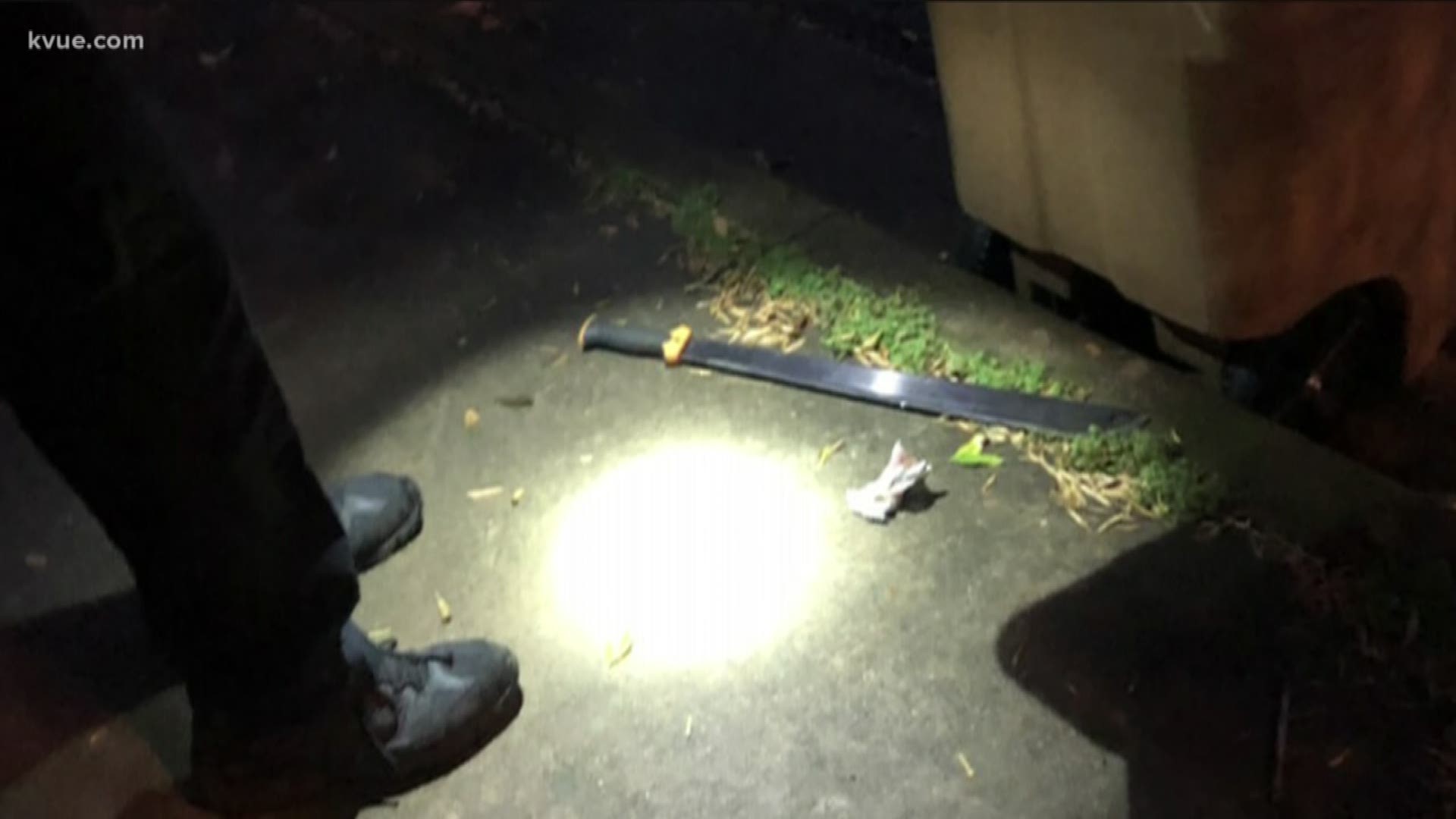 AUSTIN, Texas — Neighbors in a South Austin neighborhood say a man was running around screaming for help in the early morning hours on Wednesday.

The incident happened at around 6 a.m. at the Travis Country subdivision off MoPac Expressway and West US 290.

A video from a neighbor, first seen on social network Nextdoor, captures the man for just a few seconds, but the video catches the audio of what the man could be doing.

In the background, a man could be heard yelling, "Somebody help, help me please!"

Later in the video, some sort of banging could be heard.

When police arrived, officers found what appears to be a machete on the ground.

Credit: Olivia Guerra
A machete found after neighbors in a South Austin neighborhood say a man was running around banging on doors to be let in.

As of Thursday night, police said the subject was being evaluated at a hospital and they did not make an arrest. But the incident is an ongoing investigation and if need be charges can be filed at a later date.

Homeowner Olivia Guerra told KVUE she woke up to hearing a man screaming for help outside.

"At 6 a.m. I heard screaming," said Guerra. "I thought it was a runner who had hurt himself."

She and her husband went downstairs to check it out, and that's when Guerra said the man started charging at her husband. She said they ran inside, hid their children, locked the door and called 911.

"At that point, the man just began slamming against the door trying to break it down," said Guerra.

She said she and her husband took turns holding the door for extra security, preparing for the worst.

"We really genuinely feared for our lives," said Guerra.

Randall McLerran lives nearby and said he encountered the man.

"I went down there just to see what was going on and try to protect them or protect their house anyway," said McLerran.

He said the man charged at him, leaving a little mark on his face and ripping the pocket on his shirt.

"He tried to grab me and I just knocked him off," said McLerran.

Neighbors there claim it took police at least 30 minutes to get there.

"We need better from the police than that, a lot better," said McLerran.