A woman in her 70s died in an apartment fire in South Austin on Monday morning. 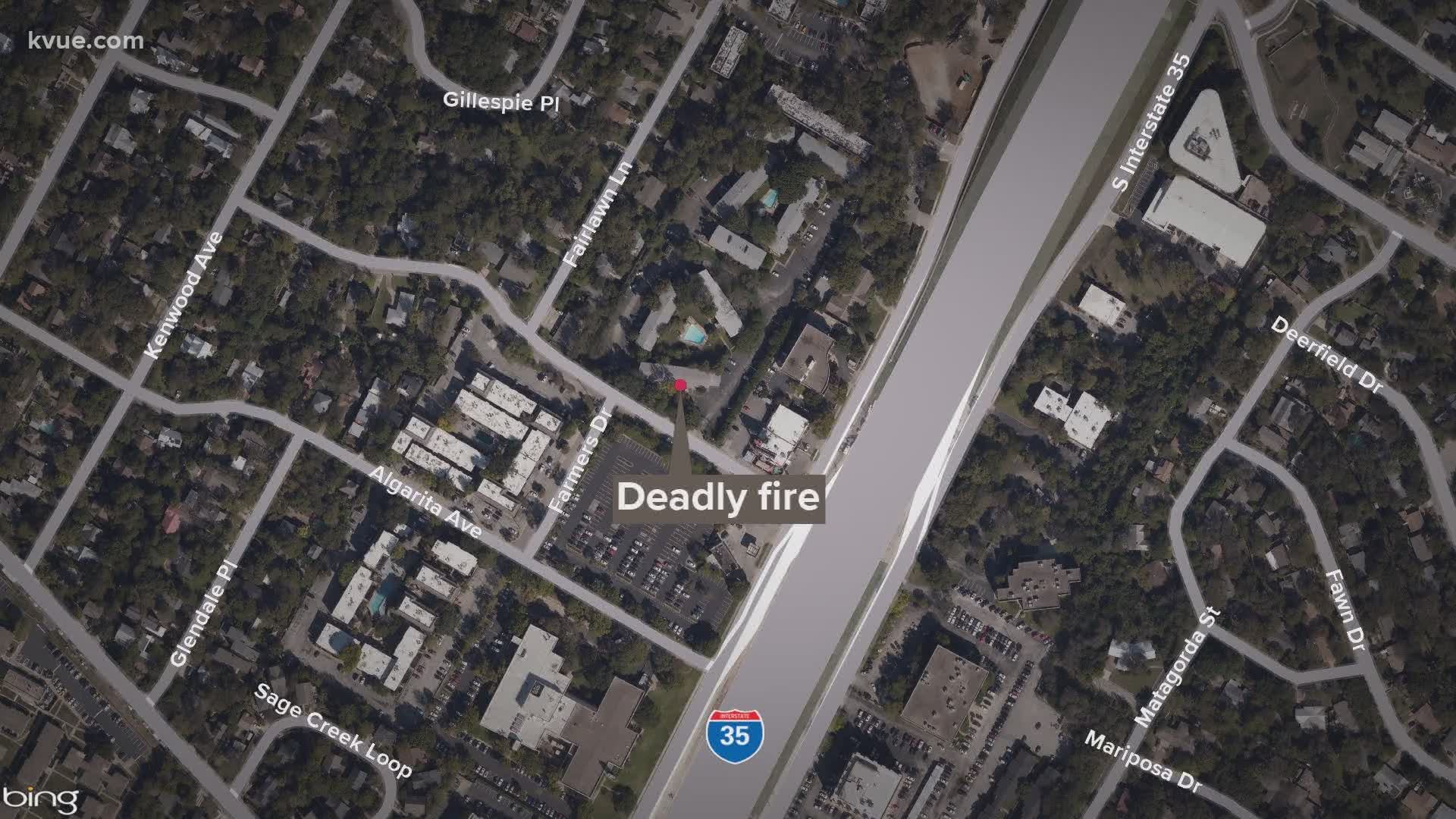 AUSTIN, Texas — An elderly woman was found dead in an apartment that caught fire Monday morning in South Austin, according to the Austin Fire Department (AFD).

AFD officials said they received a call at approximately 8:12 a.m. for a fire at 1304 Mariposa Drive, an apartment complex near Interstate 35.

A neighbor called saying they saw smoke from across the courtyard in another building. Other neighbors forced entry into the apartment but it was too smoky and too hot to go in, according to fire officials.

AFD showed up shortly thereafter and extinguished the fire. An elderly woman in her 70s died in the fire, AFD said.

Both the cause of the fire and the woman's death are under investigation. AFD and the Austin Police Department are working together on the investigation.