This comes a day after footage was released involving the death of a man in deputy custody. 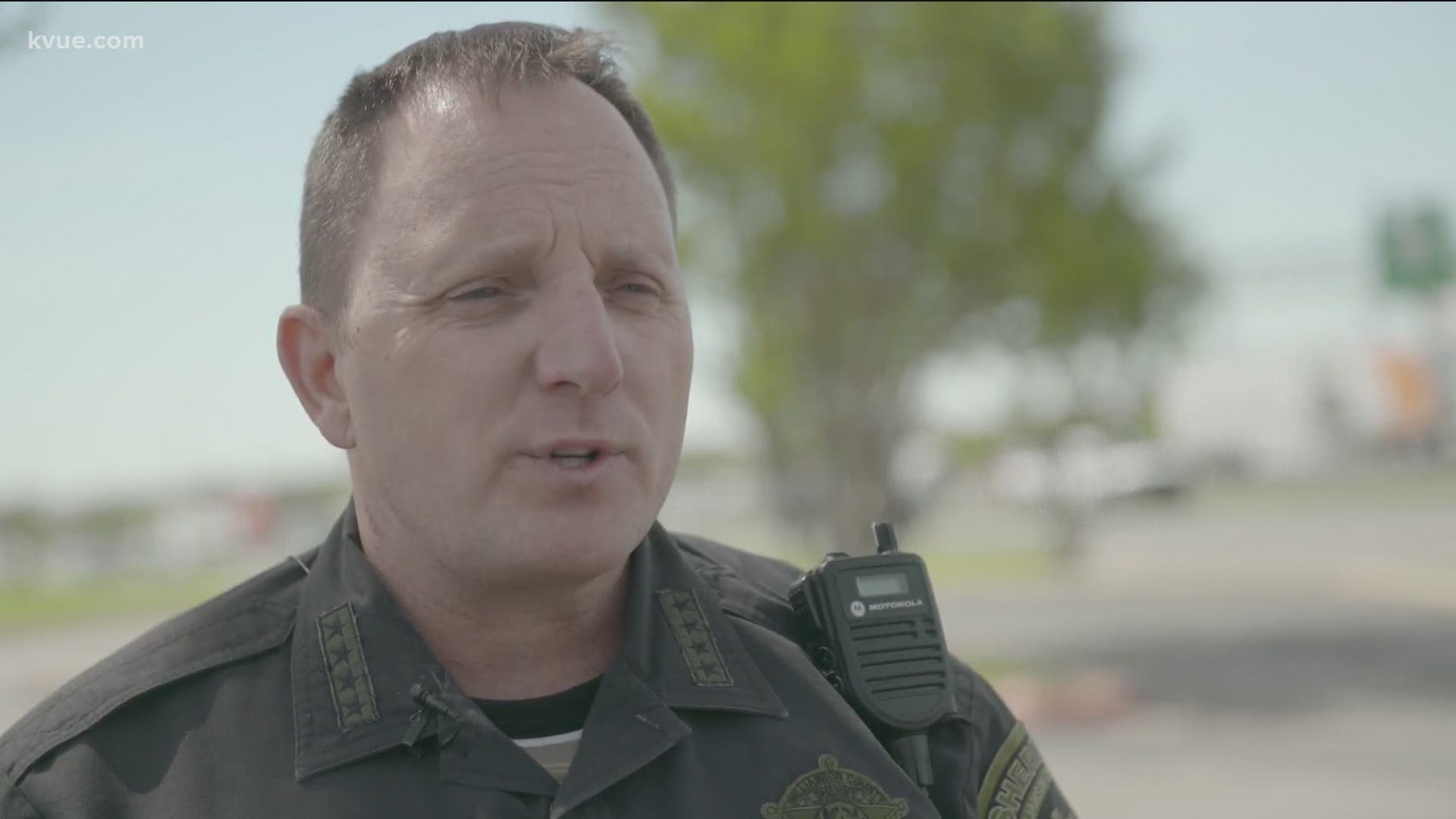 WILLIAMSON COUNTY, Texas — On Tuesday, three Williamson County Commissioners called for Sheriff Robert Chody to resign. This comes a day after KVUE released footage relating to the death of Javier Ambler in deputy custody in March 2019 after being shot with a Taser.

“I was shocked by Chody’s failure to cooperate in the investigation,” Commissioner Cynthia Long said. “Sheriff Chody must resign ... he lacks the moral authority to be a cop.”

“The last three-and-a-half years of him at the helm are unacceptable,” Cook said. “I have no confidence that he has the temperament, operational intelligence, administrative ability nor the people skills to handle the job.”

Cook also released a formal statement. It reads, in part, "The continued killing of black citizens in our country under the hands of law enforcement has reached epidemic proportions, and it is horrific. Like the pandemic we've been facing, it has come to roost in Williamson County."

She also called attention to multiple lawsuits filed against the sheriff's office, the lack of action regarding offensive social media posts by a commander, an investigation underway regarding the office's training center, and ongoing controversy with "Live PD."

The third commissioner to call for Chody's resignation on Tuesday was Commissioner Russ Boles.

Ambler was stopped by Williamson County deputies last year for a minor traffic violation. When he refused to pull over, a pursuit lasted 22 minutes and ended when he crashed his Honda Pilot north of Downtown Austin.

The video shows Ambler getting out of his car with his hands raised. Deputies can be heard telling him to get down several times and to put his hands behind his back. When he does not comply, a deputy deploys his taser.

In the video, Ambler can be heard stating that he cannot breathe and that he has a heart condition.

The Williamson County District Attorney Shawn Dick spoke to KVUE Tuesday. He hopes for more transparency between the sheriff's office and the DA's office.

"Communication is always a key, and there’s a distinct lack of communication coming from the sheriff’s department and albeit there’s plenty of social media tweets and posts," Dick added. "But the kind of communication I’m talking about is very real, deep communication investigation working together and that’s just not currently happening."

"In her eagerness to 'get ahead of this issue,' Commissioner Long has requested I resign before hearing the full set of facts. The facts are that our department remains willing to participate in the Travis County DA's investigation, but we have not been asked to do so. We participated in the APD investigation, the results of which are available to the Travis County DA. Commissioner Long is misinformed.

In terms of Commissioner Cook, it is not surprising to me to see a left-leaning member of the court call for my resignation. Across our country, Democrats are turning against law enforcement and attempting to remove its funding and leadership. Their agenda recognizes no distinctions between incidents and presumes guilt before due process. I will not back down in the face of such a partisan and cynical move."

KVUE reached out for an interview with Chody, but we have not heard back yet.

“Another unarmed black man was killed by police in America. This time it was our neighbor. This time it was followed by 15 months of secrecy. This time it was filmed by a TV crew for entertainment,” said Talarico. “His name was Javier Ambler and he deserves justice. I call on Sheriff Chody to resign, but this problem does not begin or end with him. Our system of policing is deeply broken. We must replace it with something new and something better. As they have throughout our history, the voices in the street — particularly Black voices — are calling us to live up to our highest ideals. We must listen, then we must act.”

“Javier Ambler was a beloved father, and son of an Army Veteran from Ft. Hood. Our TX-31 communities continue to be outraged and mourn the loss of another Black man at the hands of law enforcement."

Twice in the course of a month we have seen autopsy reports from the deaths of Black men in police custody - George Floyd and Javier Ambler - that raise concerns about the accuracy of their findings. Twice we have seen these reports imply that the deaths were not due to the direct actions of the officers involved who have sworn to protect and serve. Twice we have seen those in power use these reports to mislead the courts and the public in an attempt to protect those who committed these acts of brutality.

As a physician, I am appalled at this blatant misinformation and distortion of medical facts. Medical Examiners have a duty as physicians to present unbiased information based on science, not participate in a process that protects those who perpetrate these crimes.The Williamson County Sheriff's Department continues to fail this community. Incident after incident the lives of every Central Texan are endangered. Every candidate and elected official should be calling for the removal of Sheriff Robert Chody; I join Williamson County Commissioners Long and Cook in demanding his immediate resignation. This goes beyond politics & I am outraged anyone would make this a partisan issue."

The Texas Democrats also released a statement on Wednesday.

“My heart breaks for Javier Ambler, his family, his friends, and for our community," said Texas Democratic Party Chair Gilberto Hinojosa. “Another unarmed black man was killed by police. The fact that Javier was killed while a reality show camera crew filmed the interaction sickens me. The fact that Sheriff Chody allowed this to happen and then fought for 15 months to cover it up is inexcusable. Black Lives Matter, and Sheriff Chody must face the consequences. Sheriff Chody must step down immediately. Texas’ Republican leadership — Gov. Abbott, Lt. Gov Patrick, and Sens. Cornyn and Cruz — must join Texas Democrats in calling for his prompt resignation and full accountability.”

Chody is currently running for re-election.