"They started occupying this building today on floors 7 and 8," Westdale CEO Joe Beard said. Westdale is the developer of The Epic in Deep Ellum. 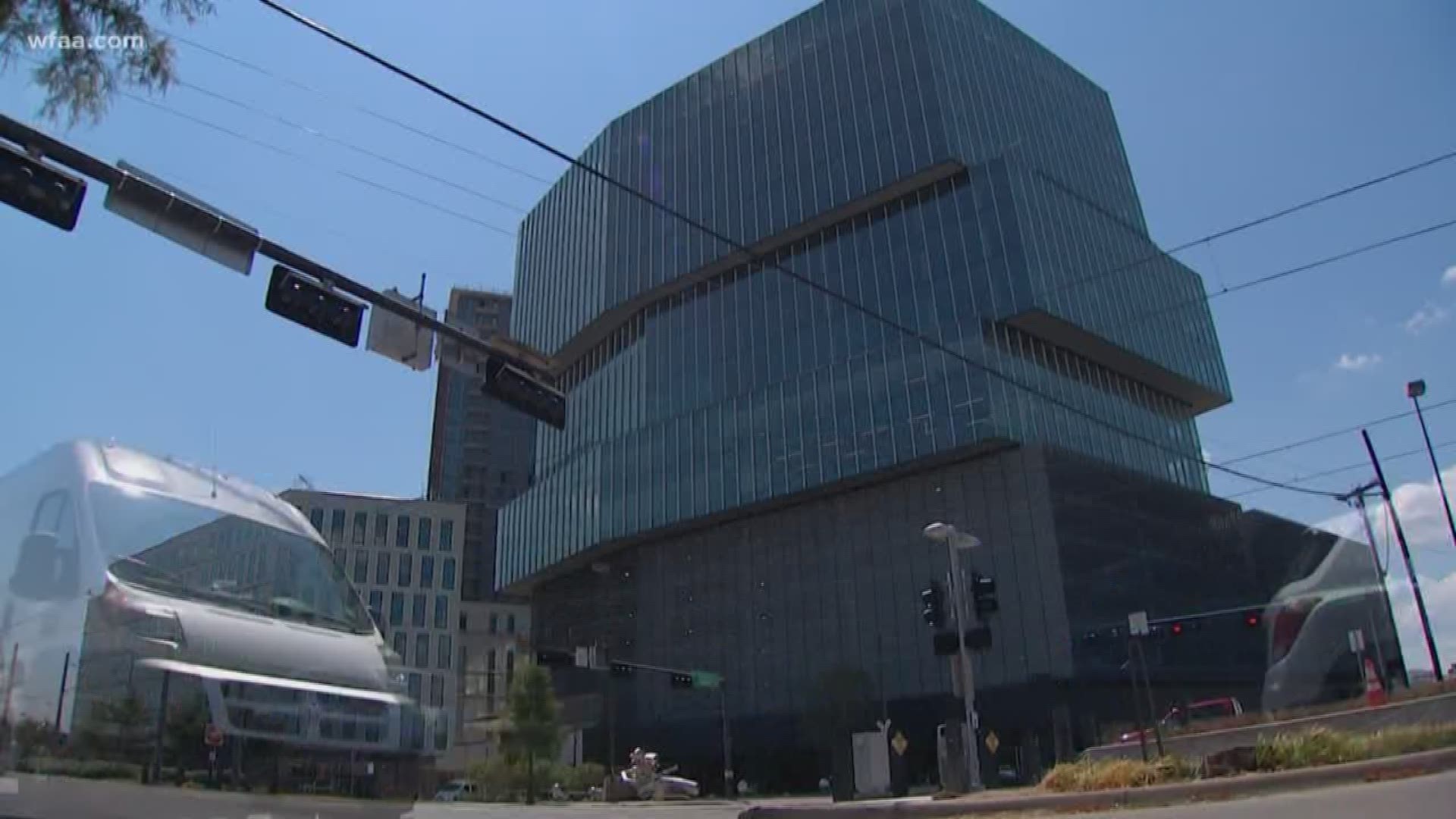 DALLAS — Uber employees moved into part of their new Deep Ellum office building Tuesday, exactly two weeks after the deal was made official.

The Epic is a new development currently under construction in Deep Ellum. It includes retail, residential, hotel, and office space.

Uber officially announced it was opening a new headquarters at The Epic in Dallas on August 20.

The rideshare giant will occupy 8.5 out of 10 floors in The Epic’s office building, located at Pacific Avenue and North Good Latimer Expressway. As of Tuesday, some Uber employees are working out of offices on the 7th and 8th floors.

Joe Beard is the President and CEO of Westdale, the developer and owner of The Epic. He said they first started talking to Uber about moving into their new development in March of this year.

“They wear pretty good poker faces when they come and visit,” Beard said. “Just kind of got a feeling that they were impressed by the area and development.”

Meanwhile, Uber is expected to bring 3,000 jobs within the next five years with a required average salary of $100,000, county records show.

Right now, construction continues on a majority of Uber’s office space at The Epic. But Beard said he’s seen the design plans.

“They have small workspaces, and they have lots of gathering spaces,” Beard said. “They plan to have a very large food facility to feed a couple thousand people a day. They’re committing about 30,000 square feet of space for kitchen and food service.”

Before the end of this year, Westdale expects to begin construction on a second office building that will house even more Uber offices.

“That’ll be a 450,000 square foot office building that they’ll occupy in about three years,” Beard said.

Uber recently announced it was opening offices in Chicago. In a statement, Uber spokesperson Travis Considine said, “Chicago's new office has more square footage than what is planned for Dallas -- 463K vs. 450K, respectively. However, the Dallas office will have more employees.”

“Dallas, typically -- its biggest competitor has been Frisco and Irving for some of these major relocations so to land one of these is a really big deal,” Beard said.