Air samples taken after the accident confirmed safe conditions and evacuated residents were allowed to return to their homes. 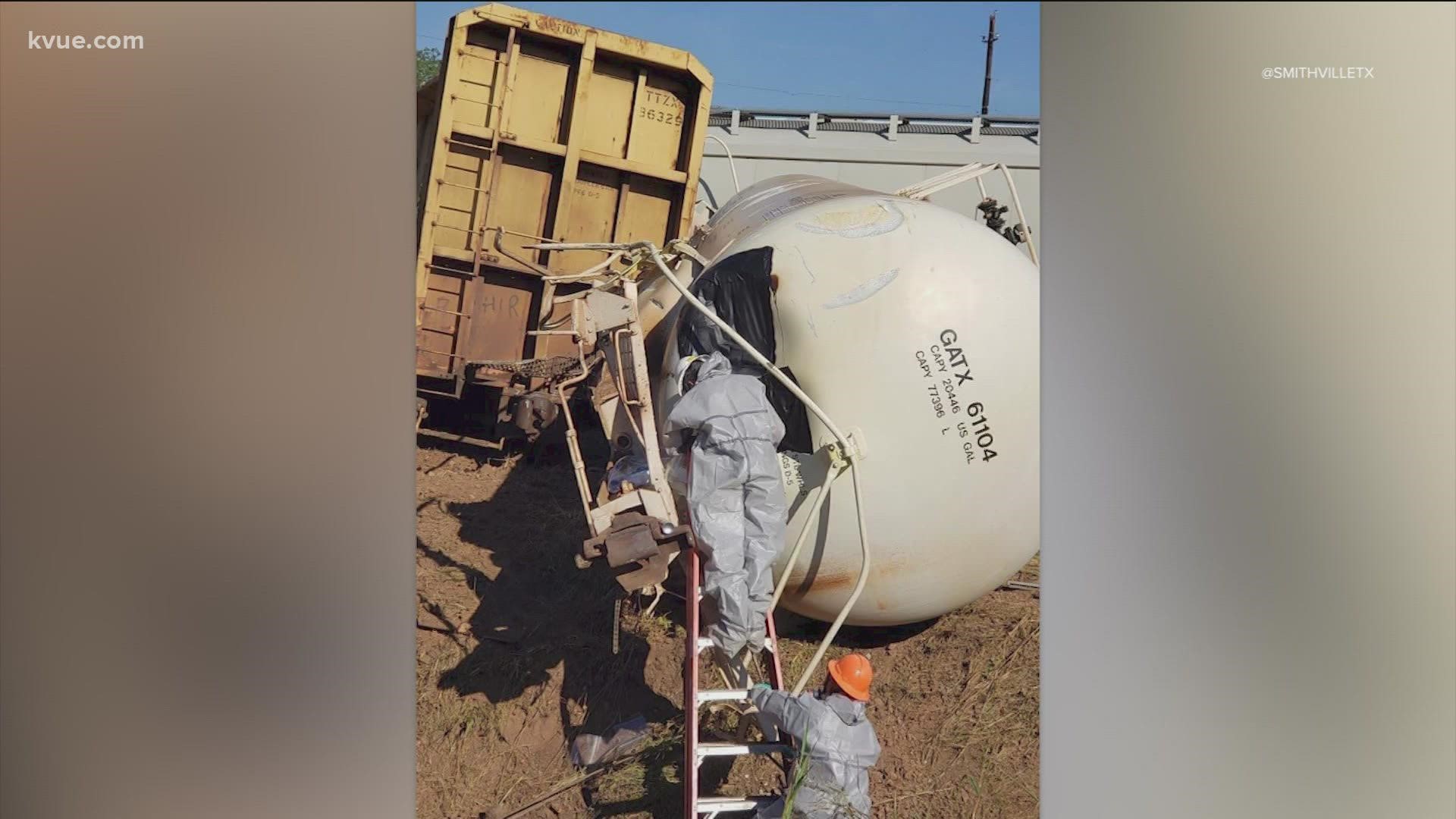 The incident happened around 5 a.m. at State Highway 95 and Martin Luther King Drive, the City of Smithville said. No one was injured.

The tanker cars were empty, but some were leaking residual acid. Around seven cars were involved in the derailment, Union Pacific said.

Smithville Volunteer Fire Department and Smithville Police Department set up a perimeter 150 yards from the train, and Union Pacific HAZMAT teams were on site. The leaking chemical tanker was plugged and crews were working to clear the pile-up.

The City said a Union Pacific air quality expert confirmed a negative test for airborne hydrochloric acid and deemed the area safe for the approximate 25 families who were evacuated to return. The area remains closed to the public.

Live Oak Street, Fourth Avenue and MLK Drive crossing at SH 95 were all blocked as crews worked on the accident. Local traffic can use the Marburger and/or Taylor Street railroad crossings.

The cause of the incident is still under investigation.