Some business owners say the homeless population is a daily concern. 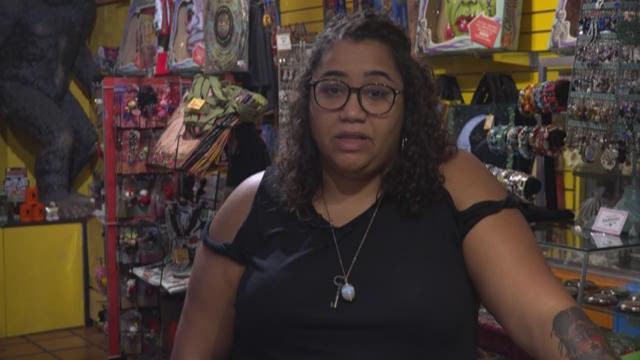 There is no doubt historic Sixth Street is a tourist destination.

But the talk and concern among businesses there is the homeless population. Some managers said it negatively affects sales and they are also concerned with safety.

"You just don't know what to expect,” said Danielle Wilson, general manager of the Museum of the Weird – an oddities shop and small museum.

She said the homeless in and around her business is a daily issue.

"Whether it be panhandling right in front of the business,” said Wilson. "Or just coming in and being crazy."

Tommy Buchheit, who is the general manager of Coyote Ugly on Sixth Street, said some of the homeless are aggressive and he has seen people sleeping on his patio.

Some managers said the issue stems from the proximity of the Austin Resource Center for the Homeless or ARCH.

"We have a facility in the ARCH that’s probably being asked to do much more than its physical space can really allow it to do,” said Mayor Adler. “That's one of the reasons why the community is now considering the ‘Downtown Puzzle,’ to come up with a dedicated income stream that can help address homelessness."

Mayor Adler's “Downtown Puzzle” plan is to expand the convention center to increase the hotel occupancy tax and using those funds to house the homeless and rehabilitation. It needs council approval.

“They have no stable life,” said Wilson. “If they're mentally unstable, then they have no means of controlling whatever ails them."

Austin City Council will be discussing the mayor's downtown puzzle plan during Tuesday’s work session. A vote is scheduled for Thursday.

The item is 52 on the council’s agenda Thursday.