James Leslie Bacon had last been seen around 12 p.m. on Friday on the 1000 block of Flathead Drive in Dripping Springs. 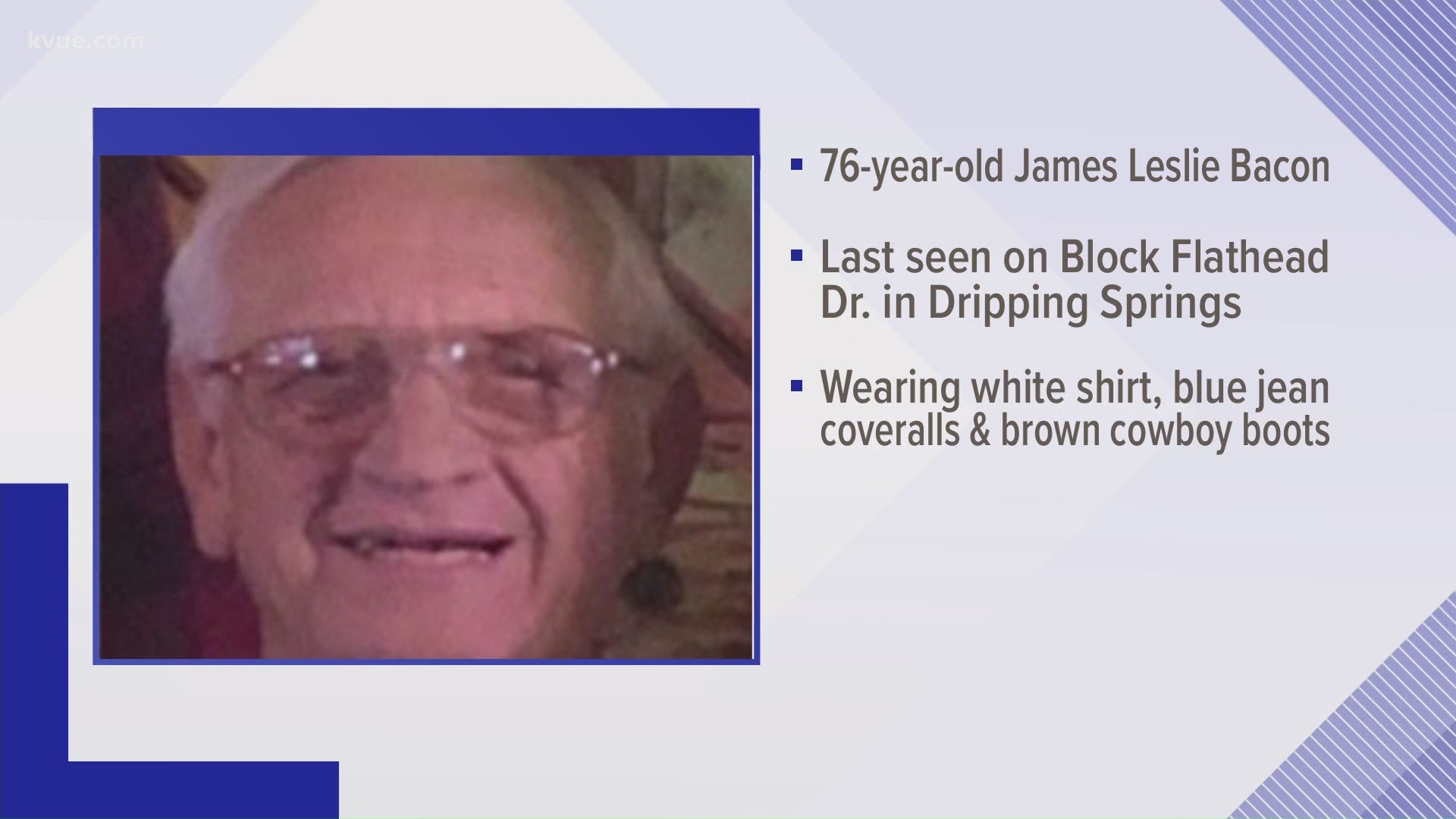 DRIPPING SPRINGS, Texas — Editor's note: The above video is from when the SILVER Alert was still active.

A SILVER Alert has been discontinued for a Hays County man who was missing since Friday afternoon.

The Hays County Sheriff’s Office said James Leslie Bacon, 76, was last seen around 12 p.m. on the 1000 block of Flathead Drive in Dripping Springs.

Bacon was described as a White man, 5 feet, 10 inches tall, 193 pounds, with gray hair and brown eyes. He is missing his top row of teeth. Bacon was last seen wearing a white shirt, blue jean coveralls and brown cowboy boots.

The sheriff’s office said Bacon has a cognitive impairment.

His phone was pinged on Saturday at 10:45 a.m. in Jeanerette, Iberia Parish, Louisiana. Bacon was driving a gray 2017 Nissan Titan with Texas license plate KBR4991.

There were concerns for his safety.

The alert was discontinued Sunday morning.

Coronavirus updates in Central Texas: What to know Saturday