The Austin Police Department is searching for Charles Younger, 72, who has a cognitive impairment. 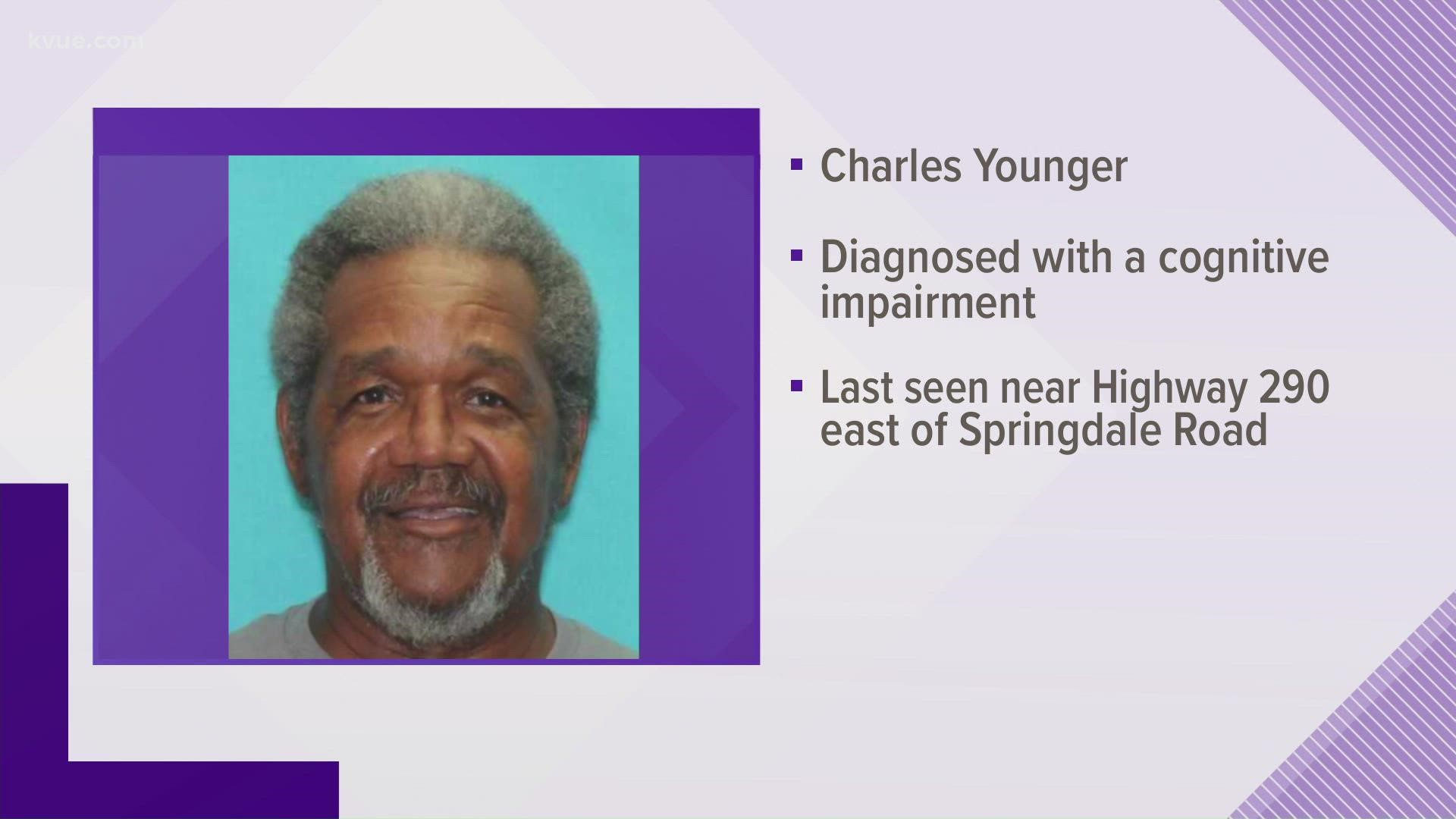 AUSTIN, Texas — A Silver Alert has been issued for a missing Austin man last seen on Saturday night.

The Austin Police Department is searching for Charles Younger, 72, who has a cognitive impairment, according to the Texas Department of Public Safety.

He is described as a Black man, 6 feet, 4 inches tall, 220 pounds, with gray hair and brown eyes. He was last seen wearing a red-and-white shirt, blue jeans, black shoes and carrying a red H-E-B flag. He has no wallet or ID, DPS said.

Law enforcement officials believe Younger’s disappearance poses a credible threat to his own health and safety.

Anyone with any information on his whereabouts is asked to contact APD at 512-974-5250.